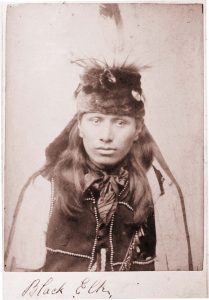 In an age when television shows frequently contain objectionable content, it can be refreshing for Catholics to find a program that features a person’s quest for godliness amid extreme hardship. Such a program has been created by a local company.

New Group Media, based out of South Bend, produces films for various clients. For the Diocese of Fort Wayne-South Bend, it has created the Annual Bishop’s Appeal video for many years.

The company has now been blessed to have its documentary, “Walking the Good Red Road: Nicholas Black Elk’s Journey to Sainthood,” picked up by ABC affiliates and set to air nationwide on May 17. The hourlong film highlights the life and the road to canonization of Nicholas Black Elk, Lakota Sioux spiritual leader and Catholic catechist.

Christopher Salvador, director and producer of “Walking the Good Red Road,” is enthusiastic about the message and artistry of the completed project. He stressed the importance of authenticity in the documentary, including using actors from the Pine Ridge Reservation in South Dakota, who spoke the Lakota language, and drummers from the Red Cloud Indian School. 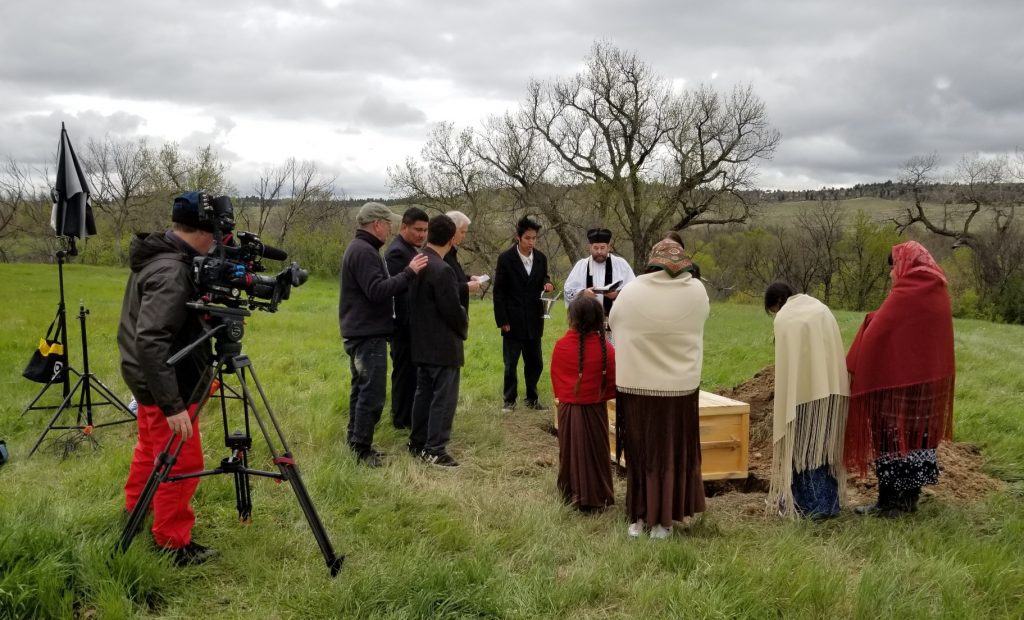 Filming the burial scene for Nicholas Black Elk required hand-digging the grave on location in South Dakota. Historical accuracy was of utmost importance in the making of the documentary, with native Lakota playing the roles in the film.

The project began when Sister Judith Zielinski, OSF, screenwriter and producer, was approached by a Catholic theologian of Native American history concerning creating a short film about Black Elk. Their conversation sparked the idea for a larger video. Since New Group had already produced content for the U.S. Conference of Catholic Bishops, she and Salvador went to the USCCB communications office to look into grants that might finance the documentary. As it turned out, the office’s Catholic Communications Campaign was looking for projects to fund.

“I wrote to the bishop of Rapid City to ask if he would serve as executive producer and he agreed; he was very supportive,” said Sister Judith. After the grant was approved, she and Salvador began researching Black Elk’s life and scouting potential filming locations in South Dakota.

Black Elk lived during the destruction of the Lakota Sioux way of life and the forced resettlement of his people onto reservations in the Dakota Territory in the late 19th century. As a youth, he participated briefly in the Battle of Little Bighorn and was part of the rescue party at Wounded Knee. For a time, he toured with Buffalo Bill’s Wild West Show and even performed for Queen Victoria. 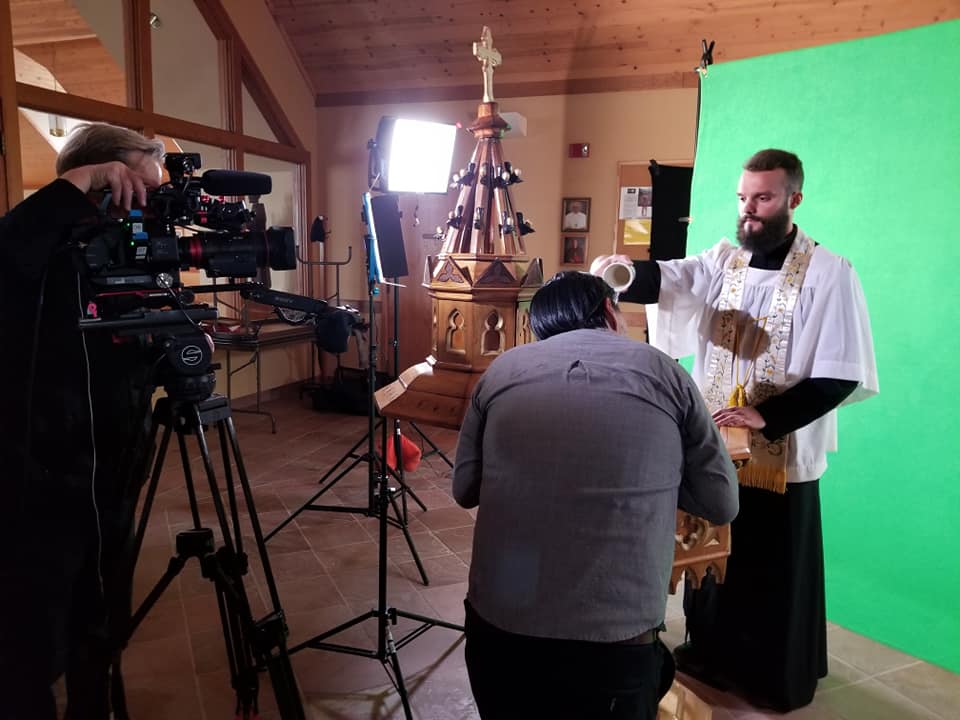 Photos provided by Christopher Salvador
Nicholas Black Elk’s baptism was recreated for the film with the assistance of Jesuit priests on the Pine Ridge Reservation. They provided the stole the actor is wearing as well and helped recreate the turn-of-the-century church where the baptism took place.

His spiritual life and path to canonization are portrayed in the documentary. A vision that he had as a young boy spurred his life’s search for God. In that vision, he felt himself being called to become a spiritual leader for the Lakota Sioux. He continued to seek understanding and had another vision as an adult where a man spoke to him — a man he said was “the Son of God.”

In studying Black Elk’s life, Sister Judith learned that in the 1880s, Lakota Sioux Chief Red Cloud had persuaded the United States government to send Jesuits, the only religious group that he trusted, to the Pine Ridge Reservation to serve as missionaries for the Lakota Sioux. These “Black Robes” built a church and a school to teach the Native Americans, including Black Elk, the Catholic faith. In 1904, Black Elk, then in his 40s, was baptized Catholic and took the name Nicholas. The school and church are still a part of the reservation today, as are the Jesuits who continue to meet the spiritual needs of the Lakota people. The school has been renamed Red Cloud Indian School to honor the Lakota heritage.

Black Elk was able to merge the truths of Christianity with Lakota spirituality. After his baptism, he trained as a catechist. Several photographs of Black Elk show him reciting the rosary and teaching it to children. He taught in the native language, and it is said that he led 400 people into the Catholic Church. He often traveled the reservation by wagon or horseback to evangelize his people. 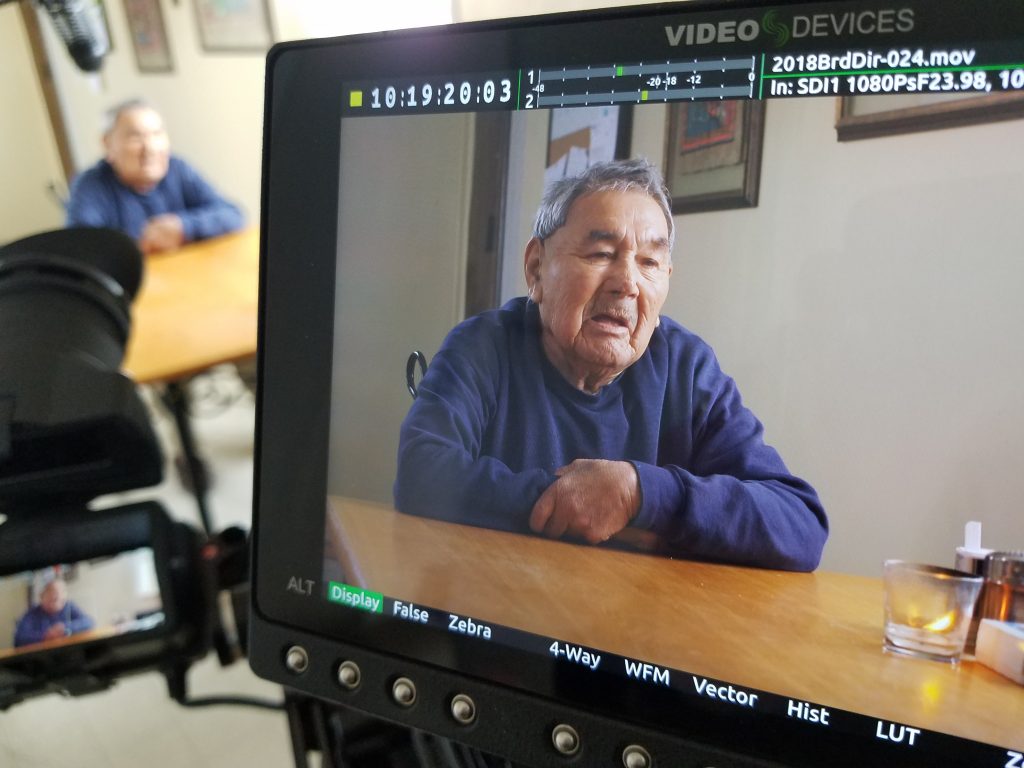 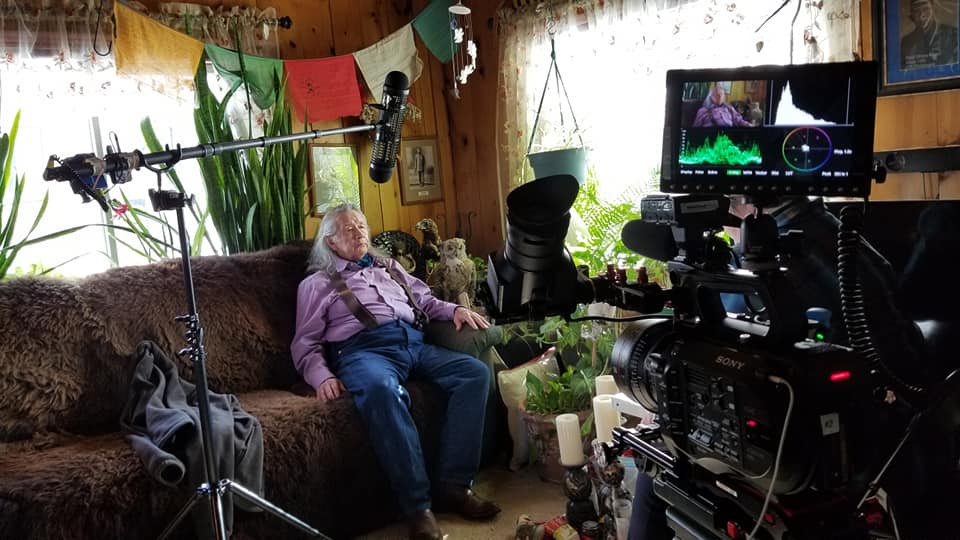 Salvador spoke of the difficult conditions the crews had to overcome during filming on location on the Pine Ridge Reservation. “When we filmed one of the scenes, it had snowed and rained for four days, and the areas we wanted to film were all under mud,” he remembered. Since trucks and even a backhoe could not get to the site to recreate Black Elk’s burial scene, they ended up digging the grave by hand in the mud.

The filmmakers had to recreate other scenes in Black Elk’s life as well, including his baptism. Although the original church burned down in 1996, Salvador said that the font used in the film is the original baptismal font, which was rescued during the fire.

Salvador credits the Jesuits who currently serve on the reservation for their assistance in making the film as accurate as possible. “We wanted everything to be authentic, so we provided a list of props we needed.” The Jesuits, in turn, loaned him a turn-of-the-century stole from their archives for the baptism scene, along with “a 1950s aspergillum (liturgical instrument for sprinkling holy water) and cross for the funeral scene.” 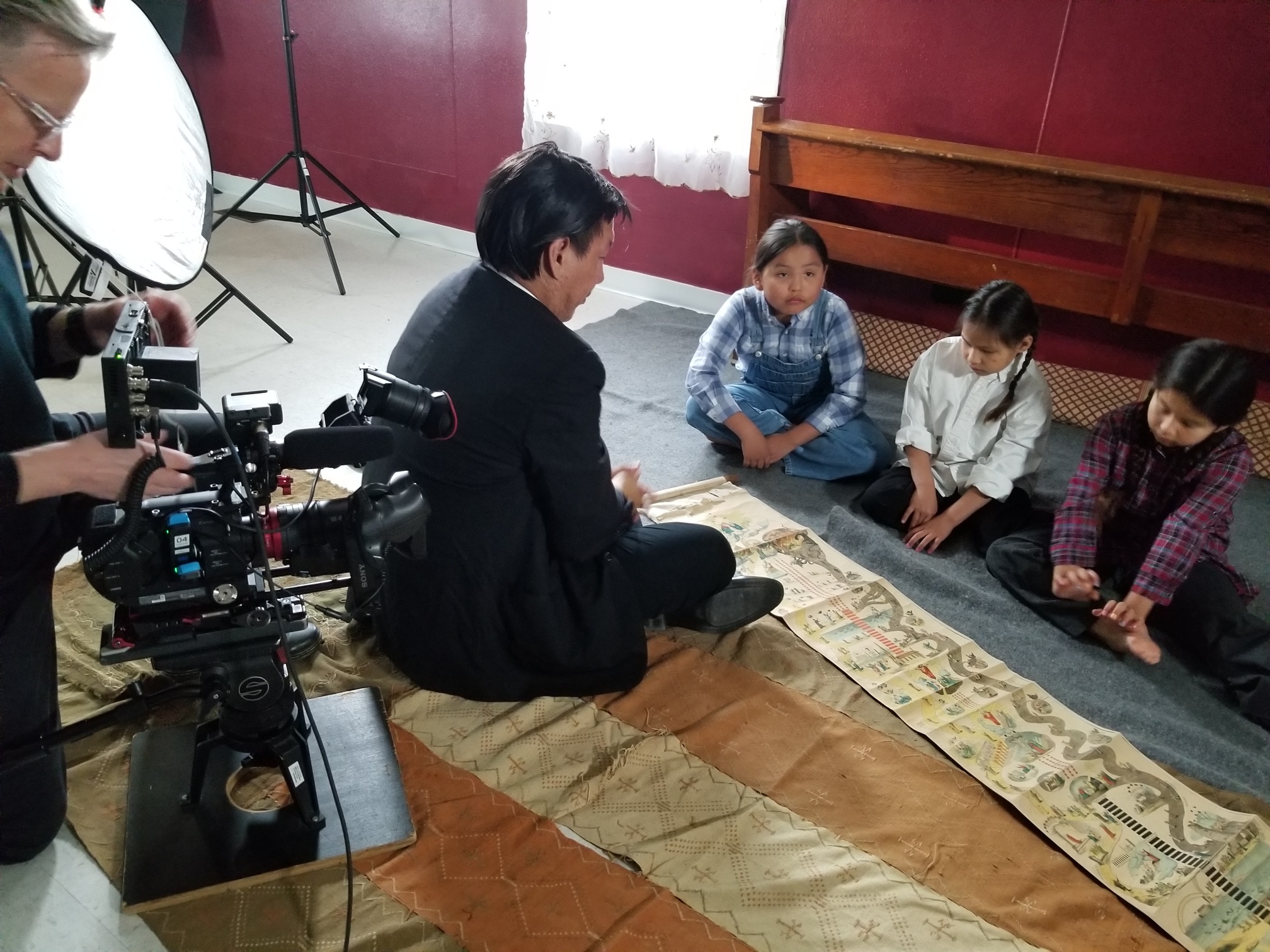 While most of the filming took place in South Dakota, there are ties to the Diocese of Fort Wayne-South Bend. The narrator, Jim Greulich, is from the area, and many of the film’s costumes were provided by the Casaday Costume Company of South Bend. Larry Bilinski, postproduction director, stated that when some areas of the documentary needed to be revisited in the editing process, these shots were staged locally in South Bend.

“To re-create the past took a lot of research – documents, letters, photos – visually, that is the backbone,” Bilinski said.

Sister Judith shared that in the beginning, she didn’t feel an emotional connection to Black Elk. But after hours of research at Marquette University’s Native American Catholic archives, she began to see him as an “incredible saint for today.”

His forgiveness and holiness made him a model for modern Lakota Catholics. “One very important thing for me to include in the documentary was Lakota Catholicism today,” she said.

Black Elk’s view that all people belonged to the family of God makes him an important figure not only to Native Americans but to all Catholics. Sister Judith sees him as a man who can bridge the gap between opposing opinions in a divided world. Indeed, Black Elk himself is quoted as saying, “There is only one important law, to love one another … We are all related.”

“Walking the Good Red Road,” will air at 12:30 a.m. Sunday in the Fort Wayne media market. Others can check local listings or contact the local ABC station for a broadcast date and time. Copies of the film will also be made available in early summer through the Diocese of Rapid City.