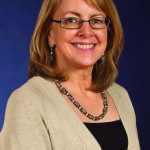 I would bet that when Msgr. Robert Coll began an interdenominational drive against world hunger in Allentown, Pennsylvania, in 1975, he had no idea he was becoming an important part of the history of Catholic Relief Services.

In our 75 years, CRS has had many defining and important moments. The beginning of what is now the CRS Rice Bowl is certainly one of them.

By all accounts — including the testimony of his career — Msgr. Coll was appalled by the fact that millions of people around the world go hungry every day. How to bring home the reality of hunger to people in a well-fed part of a well-fed country?

The way he put it in a 1976 People magazine story on Rice Bowl was that he wanted his parishioners and other churchgoers to be “hungry enough to hurt,” so they would know what “five hundred million of our fellow human beings feel like seven days a week.”

To do that, members of Catholic, Protestant and Jewish congregations in Allentown got a cardboard box called a Rice Bowl. Every week, they would eat what Msgr. Coll called an inexpensive “sacrificial meal” — a version of the only meal millions of the world’s hungry would have each day.

The money saved by not eating a more expensive meal went into the Rice Bowl, collections that would support combatting hunger — both around the world via CRS and locally in the Allentown diocese.

Even more important to Msgr. Coll, the few moments of hunger participants felt after their “sacrificial meal” would give them an inkling of what those millions around the world were feeling every minute of every day.

Though Msgr. Coll’s Operation Rice Bowl had ecumenical roots, it flourished in the Catholic Church, perhaps because from its beginning it was tied to Lent, linking that season’s sometimes abstract notion of sacrifice with the concrete issue of hunger.

The United States Conference of Catholic Bishops noticed what was going on in Allentown, and plans were soon afoot to make Rice Bowl a national campaign — launching it at the Church’s 41st Eucharistic Congress in Philadelphia in August 1976.

Rice Bowl, which fit the conference theme — The Hungers of the Human Family — perfectly, made its debut on the same day that Mother Teresa led the Congress in a prayerful and symbolic bread-breaking ceremony.

Mother Teresa had come to Philadelphia from India, then a main focus of those concerned about world hunger. There was an undeniable enriching relationship between her breaking of the eucharistic bread and the Rice Bowl Lenten meals that had been a topic earlier that day.

As Maureen McCullough, now CRS regional director for New England and the Mid Atlantic, then working for one of the sponsors of the Congress, put it, “It reminded all that we are called to break open our hearts and lives to the needs of others and respond in real and tangible ways. Four decades later, I believe CRS Rice Bowl does just that for all who participate.”

The CRS program in St. Teresa’s home — Kolkata — received some of the first funds collected in Rice Bowls. Jim DeHarpporte arrived there as CRS’ zonal director in June 1975 and was told about a delegation from Allentown that had recently visited; $25,000 was coming his way.

DeHarpporte used the money for a feeding program for infants, often already born underweight, then limited to breast feeding long after they needed supplementary food — about 6 months — simply because their mothers couldn’t afford it.

An Indian doctor and an Australian nun who were working in a poor neighborhood in Kolkata had come up with a plan of roasting wheat and adding lentils — known as dal — to provide needed nutrition.

“The funds provided by the Rice Bowl grant were used to purchase the wheat and dal,” DeHarpporte reports, noting that CRS also provided U.S. Government donated milk powder to add to the nutritional value of the supplemental feeding.

Today, CRS Rice Bowl involves millions of Catholics of all ages every year. It has raised more than $250 million over the decades. The international-local split remains, 75 percent going to CRS to combat hunger overseas, 25 percent remaining with the local diocese to confront that issue at home.

Msgr. Coll eventually spent years working for CRS and helped set up an interfaith feeding program to combat famine in Ethiopia in the 1980s. CRS continues to administer the descendent of that program, which feeds millions in Ethiopia every year.

DeHarpporte, who still works for CRS as regional manager on the west coast, says that the feeding program that first Rice Bowl collection funded in Calcutta led to the founding of the Child in Need Institute, now internationally recognized in the field of infant malnutrition.

The nickels, dimes and quarters that Msgr. Coll first collected in cardboard Rice Bowls in Allentown created a legacy that reverberates in the history of CRS, of the Church in the United States, and among the hungry around the world.