Despite roadblocks, momentum continues to grow across the state for providing undocumented immigrants with legal driving privileges — a move that some lawmakers and advocates including the Catholic Church believe would address basic human needs while offering larger economic and public safety benefits.

For the seventh year, legislation has been introduced in the General Assembly to issue driving privilege cards to residents of Indiana who cannot provide proof of their identity and lawful status in the United States. Indiana is home to an estimated 100,000 undocumented immigrants, and the cards would allow them to drive legally and to purchase car insurance. 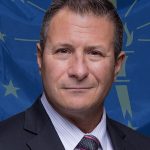 “This can be boiled down to one simple word, and that’s opportunity,” said Sen. David Niezgodski, D-South Bend, whose Senate Bill 319 is his fourth attempt to bring forth driving-card legislation. “Undocumented residents should have the opportunity to do things that we don’t even think twice about — going to buy groceries, looking for a job to do better by their families, taking their children to a doctor when they’re sick.”

The lawmaker points out that every day throughout Indiana, undocumented residents are driving without proper training or licensing and living in fear.

“All of these things are happening, and there’s no need for it whatsoever,” said Niezgodski, a member of St. John the Baptist Parish in South Bend. “We can’t just continue to look the other way.”

Niezgodski said education — both for fellow legislators and for the public – is key to gaining further support for driving cards. A starting point is making clear that the cards would be restricted only to matters related to driving and purchasing insurance — not for voting, for instance.

Despite the legislative setbacks, the northern Indiana lawmaker believes he has made inroads in the past year — and he gives much of the credit to a diligent group of young advocates in his own backyard. Undergraduates with the Notre Dame Student Policy Network, a student initiative at The University of Notre Dame, took on this issue as a public policy topic and conducted extensive research. The result was “Safer Roads, A Stronger Indiana: Projected Social and Economic Effects of Driving Privilege Card Legislation in Indiana,” a report that could influence the public debate for years to come.

Patrick Aimone, one of the founders of the SPN, said the students’ research uncovered numerous reasons for Indiana to join nearly 20 other states in offering driving cards to undocumented residents. They found that access to driving cards would boost the state’s economy — from $68 million in increased revenue for insurance companies to $141 million in additional car sales over three years, as well as higher overall spending on goods and services. Their findings also supported public safety.

“Right now, if undocumented residents get into an accident, regardless of whether it’s their fault, it triggers fears of legal consequences for driving without a license,” Aimone said. “So there are greater rates for hit-and-runs, and it’s harder for police to do their investigations.” Aimone also views his work through the lens of Catholic social teaching.

“I see this campaign as a corporal work of mercy,” Aimone said. “The federal government is in charge of enforcing immigration law, and that belongs to them, but this is an issue of state law. And it’s a question of whether or not senators and representatives have it in their hearts to be merciful towards people who are living here, who have set down ties to their communities but who are probably living in fear.”

An advocate at the opposite end of the state knows this struggle all too well. Bertha Melendres, director of Hispanic ministry for the Diocese of Evansville, came to the United States from Mexico at age 11 as an undocumented immigrant. As a resident of California, for years until she was able to obtain legal citizenship, Melendres drove to school, work and church without a license and with constant anxiety.

“I know how scary this is,” said Melendres, who moved to Evansville four years ago. “It’s a big issue here, too. As a Catholic, my convictions are always founded on our faith. We are called to welcome the stranger, to embrace them and help them become productive in society. How can they do that if they don’t have the tools to do the most basic things?”

“We are encouraged to see all the involvement across the state with regard to this issue,” said Angela Espada, executive director of the ICC, the public policy voice of the Catholic Church in Indiana. “While we are disappointed that Senate Bill 319 did not get a hearing, we will continue our efforts to advocate for this type of legislation that we know has had positive outcomes in other states.”