She called herself “the beggar.” She believed that was God’s intention for her life. 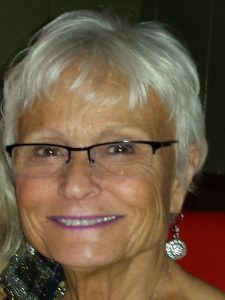 So when Virginia Schrantz, founder of Miss Virginia’s Food Pantry on the south side of Fort Wayne, approached Suzy Beard more than 20 years ago asking for help getting a turkey into the hands of a needy family for Christmas dinner, Beard jumped on board. It was the first turkey Suzy collected in order to provide a holiday meal to those who could not afford one.

“She called it her mission.” Suzy’s husband, Bill, stated.

The collection started in her garage that first year and has grown to over 400 turkeys. After Suzy’s death on March 18, a committee of dedicated volunteers at St. Vincent de Paul Parish in Fort Wayne decided to make it their mission to keep her effort alive: Thus, the ministry of Suzy Beard Christmas Dinners —named in her honor — was born.

“The church was filled for her funeral,” recalled Dian Sullivan, one of the committee members in charge of requesting turkeys from fellow parishioners. “Suzy gave so much to so many people. We want this to go farther, in her honor.” 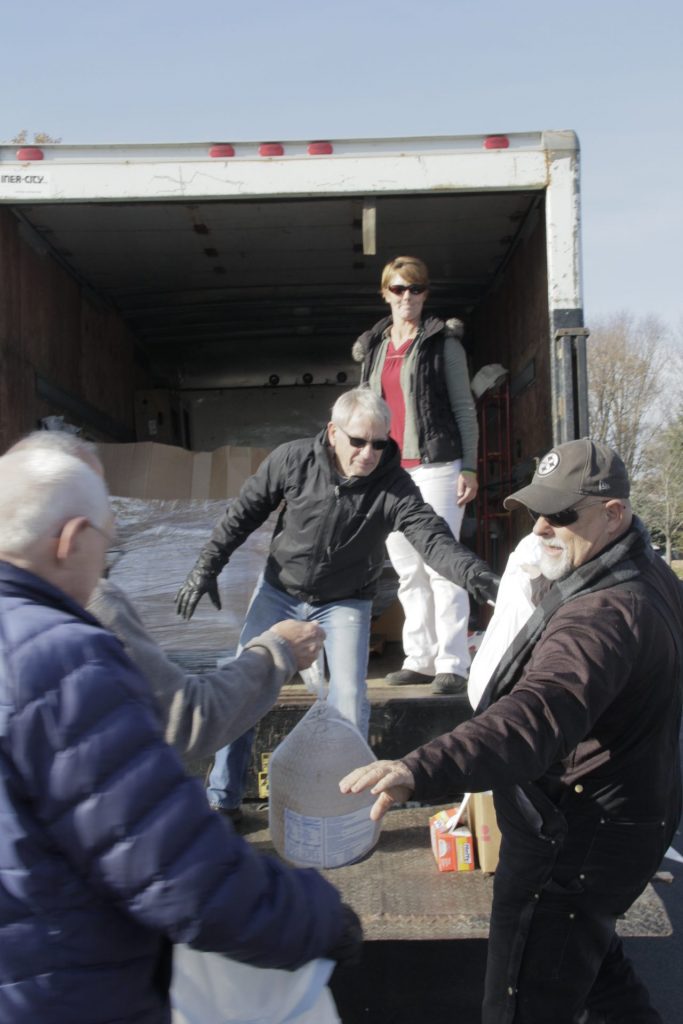 One of Beard’s daughters, Erin, an art teacher in Colorado, set up a GoFundMe page to continue the cause her mother believed so strongly in. “She wanted to help from a distance,” Bill said. The page raised around $3,000. Then, while cleaning the house after her funeral, Bill found two envelopes containing nearly $1,700 for the turkey drive tucked in a drawer. Suzy used to visit local stores asking for donations, he shared.

Bill said he was “just a worker bee”; that Suzy was the organizer. Most of the names of families that she collected came from Miss Virginia’s Food Pantry, though Suzy found additional names through her work at Matthew 25 Health and Dental Clinic, where she was a dental hygienist.

The organization of the turkey drive is taking on a slightly different form going forward. It’s a collaboration between St. Vincent and St. Henry parishes, which have been sister parishes for the last six years. Volunteers are also limiting themselves to soliciting only food donations from local stores.

He said it’s an honor to be able to help in her name, to serve as “the hands and feet of Jesus Christ.”

The response to this year’s turkey collection drive was overwhelming. On Nov. 17, volunteers worked from 6:45 a.m. to 8 p.m., collecting frozen turkeys from donors and moving them into storage. Beard and Gerardot made a game of it, guessing the weight of each turkey that came down the line. Assembly will take place at St. Henry on Dec. 19: The turkeys will be packed into gift boxes, along with nonperishable goods like green beans, stuffing and potatoes, and delivered to several local organizations including A Mother’s Hope, Women’s Care Center, Euell A. Wilson Center and Vincent Village for distribution.

Gerardot has recruited volunteers from Fort Wayne Community Schools and Career Academy to help in the packaging process. Volunteers from nearly every high school in the city and some in outlying Allen County are expected, along with St. Vincent and St. Henry parishioners.

A record donation of around 440 turkeys this year indicates that the mission of Suzy Beard has been uplifting for both parish communities. Suzy’s legacy of giving lives on in the hearts and minds of those she touched with her generous spirit. The continuation of her mission is a testament to the power of one person, a person who saw a need in the community and sought to fill it.