Meeting with young people from the Diocese of Viviers, France, on May 14, the pope said the holiness of Sts. Charles de Foucauld and Marie Rivier can “be an encouragement and inspiration” to young Catholics.

That several saints come from the same area of France “clearly shows the fruitfulness of your diocese, and I hope that you will be able to preserve this heritage of holiness and also make it grow and move forward,” he said.

The pope’s meeting with young people from the southern French diocese took place on the eve of the May 15 canonization Mass in which he declared 10 men and women as saints of the Catholic Church. 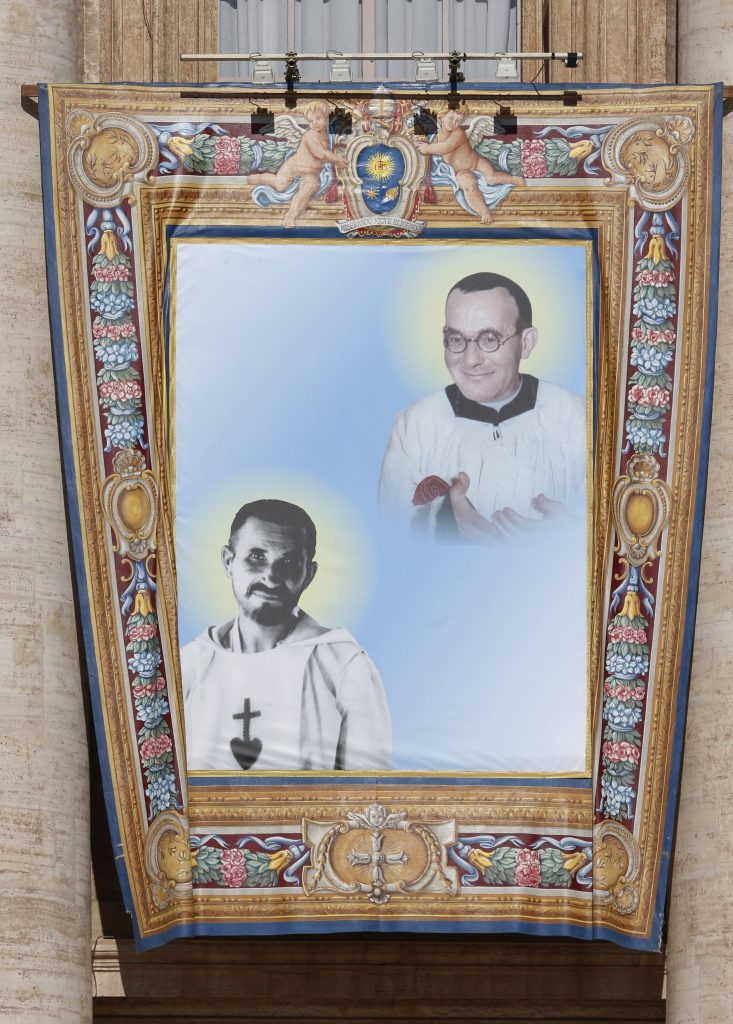 New saints are seen on a banner on the facade of St. Peter’s Basilica before Pope Francis’ celebration of Mass for the canonization of 10 new saints in St. Peter’s Square at the Vatican May 15, 2022. Pictured are St. Giustino Maria Russolillo, Italian founder of the Society of Divine Vocations for men and the Vocationist Sisters, who lived 1891-1955; and St. Charles de Foucauld, a French priest and hermit, who was born in 1858 and killed in 1916. (CNS photo/Paul Haring)

In his address, the pope said the lives of St. Charles de Foucauld and St. Marie Rivier are evidence that “the air you breathe in your diocese must be particularly healthy.”

He also recalled the life of Blessed Gabriel Longueville, a French priest martyred in Argentina and beatified in 2019, who is also from the same diocese.

Blessed Longueville’s “self-denial and care for the poorest in the parish where he worked are a model for the priests of his homeland,” the pope said.

Reflecting on the life of St. Charles de Foucauld, the pope encouraged young people to learn from his way of evangelizing, which is “a very demanding one because it requires the witness of a coherent life, that is, one that truly conforms to the aspirations of every person who is loved by God and called to something other than fleeting pleasure or immediate and visible results.” 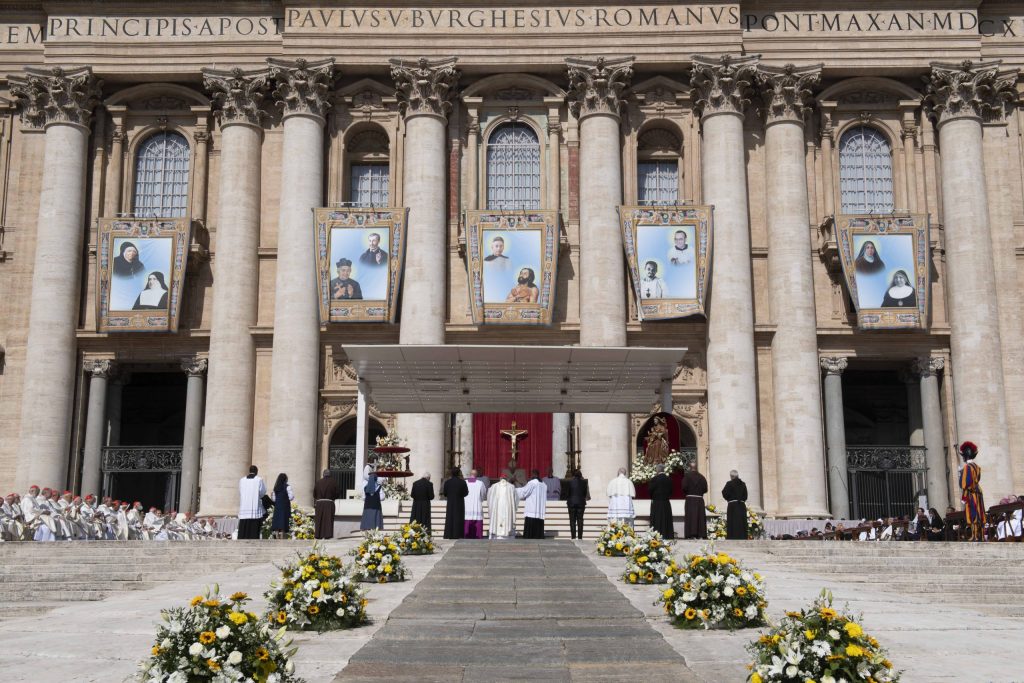 The postulators, or promoters, of the sainthood causes of 10 men and women stand before Pope Francis as he proclaims the 10 saints May 15, 2022, during a Mass in St. Peter’s Square at the Vatican. Banners with images of the 10 hang from the facade of St. Peter’s Basilica. (CNS photo/Vatican Media)

He also called on young people to base their Christian life on St. Charles de Foucauld’s spirituality, which centered on “the Gospel, the Eucharist and evangelization.”

The pope recited St. Charles de Foucauld’s “magnificent prayer of self-surrender to God,” which he said was an important prayer for young people, especially in the difficult moments “of life’s decisions and crosses.”

“’Father, I abandon myself into your hands; do with me what you will. Whatever you may do, I thank you: I am ready for all, I accept all. Let only your will be done in me, and in all your creatures. I wish no more than this, O Lord,’” the pope prayed.

Pope Francis said St. Marie Rivier, who founded the Sisters of the Presentation of Mary and devoted her life to educating children, can inspire young people, especially women, “to open the minds of the youngest to matters of God, concern for neighbor and admiration for creation.”

“How important this is! I hope that there will still be many women of this stature, humble and courageous in making known God’s love for the little ones who ask only to learn,” the pope said.

“This desire is rooted in the hope that does not disappoint. I entrust it to the Virgin Mary, mother of this congregation that is now widespread throughout the world and which continues to dedicate itself tirelessly to children, young people and the excluded,” he said.