The name of La Casa de Amistad means “The House of Friendship” in Spanish. During nearly 50 years of serving people in the South Bend area, the nonprofit youth and community center remains a place of friendship, but it also has become much more.

“Many times, it is the first stop for newcomers to our community,” said Juan Constantino, the organization’s executive director.

New arrivals, immigrants and refugees receive guidance on where to find housing, where to enroll their children in school, where to get jobs and more, Constantino said. People also turn to La Casa de Amistad, now at 3423 S. Michigan St. in South Bend, for answers to other questions that arise as they settle into daily lives there.

“Many times, it is a catch-all hub for our Latino, Hispanic and immigrant community,” Constantino said.

La Casa de Amistad gained nonprofit status in 1975 and has gradually expanded services and programming to meet other needs in the community and to welcome and aid people from all cultural groups. 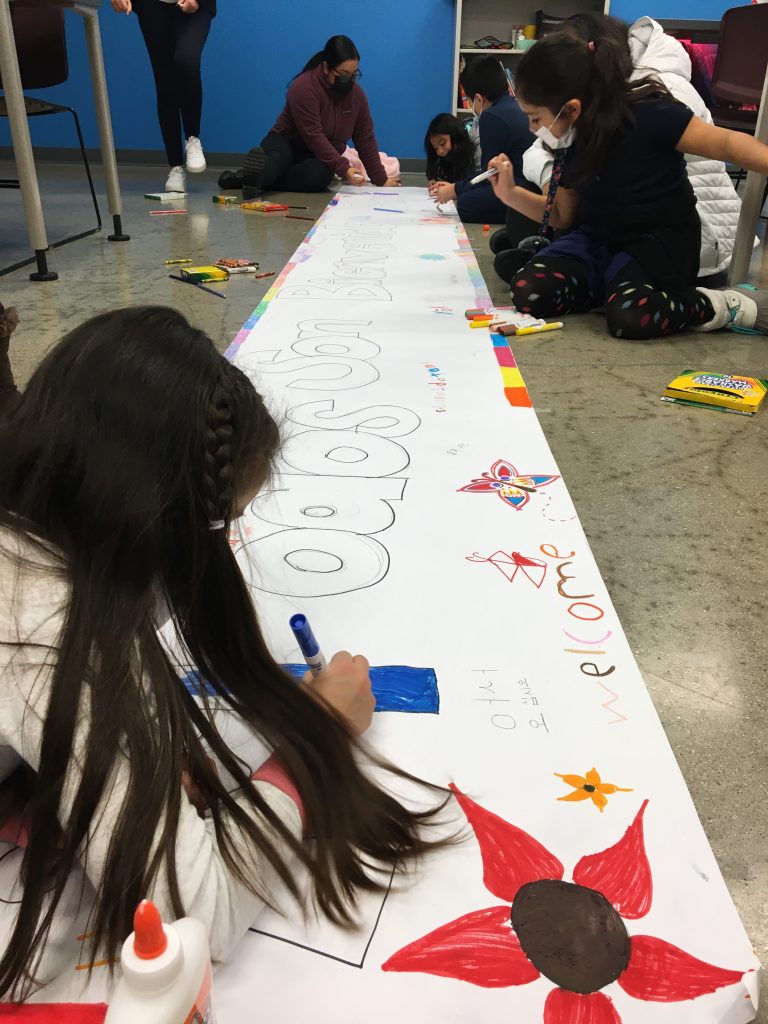 Youngsters work on creating a large sign at La Casa de Amistad. The South Bend nonprofit provides a range of services to Latinos, immigrants and refugees in the region.

“The reason we have everything I mentioned is it is a full, wrap-around center to serve a family at any stage of life,” Constantino said.

Over the years, La Casa de Amistad also has extended its service area to include St. Joseph, Elkhart, Kosciusko, Marshall and LaPorte counties in Indiana and areas in southwest Michigan, Constantino said. The organization is supported financially through donations by individuals, organizations, corporations and foundations and by United Way of St. Joseph County.

La Casa de Amistad has outgrown two smaller previous locations. So Constantino and his staff were excited when they moved in June 2021 to the present location on Michigan Street, a 41,000-square-foot, former charter school that gives them more than five times the space as at their prior building. Since the move, the number of contacts from people in the community has surged.

They previously served about 6,000 people a year, Constantino said. This January, they assisted 5,500 people. They also are averaging about 2,500 phone calls a month.

He attributes the increase to the new location, which offers greater visibility, easier access from the U.S. 20/U.S. 31 bypass and has a better phone system. 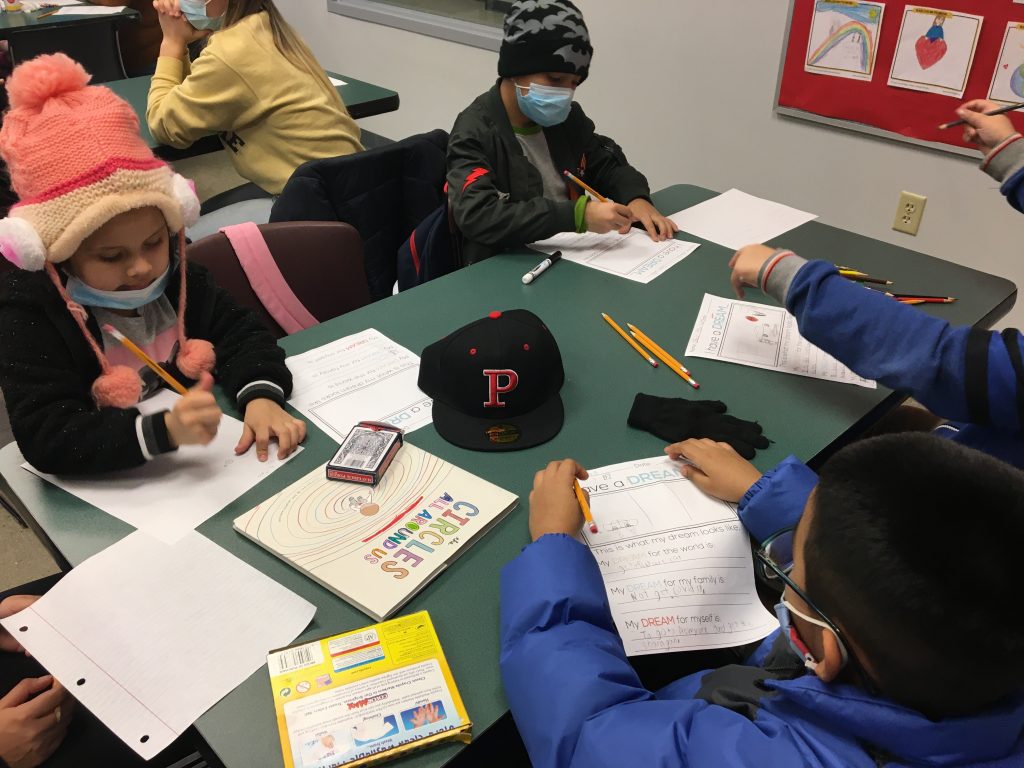 Recently, La Casa also took on assisting Afghan refugee families being resettled in the South Bend area. That work involves partnering with Catholic Charities of the Diocese of Fort Wayne-South Bend and the group United Religious Community of St. Joseph County, Constantino said. La Casa gave the families clothing and toiletries when they arrived. The center’s legal immigration clinic also will provide free help to Afghan families with legal paperwork for settling in the United States.

“We have maintained a close relationship with La Casa de Amistad over the years, and, in addition to sharing clients and referrals, we have also collaborated on projects that are beneficial to the community and the diocese as a whole,” Ostrognai said.

“La Casa de Amistad has also been a wonderful resource for our agency in launching our Fort Wayne City ID program, which is based on the successful program they provide in South Bend,” Ostrognai added. “They have been a valuable consultant and provided us with very helpful guidance and encouragement.  We are so grateful for all their assistance and look forward to continuing to work together in the future.”

At least two Catholic parishes in the South Bend area also have supported La Casa de Amistad in its work.

She said Constantino also has set aside a room at La Casa where Nowak and others can store items donated for use by immigrant and refugee families, such as food and clothing.

Sacred Heart parishioners recently donated $737 to La Casa de Amistad through a second collection at Masses. Many parishioners also have offered to volunteer to help immigrants and refugees, Nowak said.

“Our social justice program is just really vibrant,” she added.

Looking ahead, Constantino hopes La Casa de Amistad can explore operating more sustainably, possibly by installing solar panels on the roof. He would like the organization to grow its regional presence and to partner with other organizations to help immigrants and refugees. The center will have to add more programs, depending on what the community needs, he said.

People who want to help can do so through a variety of ways:

• Donate toward the organization’s endowment fund. The Community Foundation of St. Joseph County has agreed to help La Casa create an endowment by matching donations dollar-for-dollar up to $150,000.

• Contribute toward La Casa’s $500,000 capital campaign to complete work at its new building and campus.

Any assistance is appreciated and will be put to use serving people, Constantino said.

“There is more need out there than there is help,” he noted.