WASHINGTON (CNS) — The supreme knight of the Knights of Columbus, calling the organization “an American Catholic cultural icon,” said senators have no business questioning a federal judicial nominee’s membership in the Knights over its support for Church teaching on abortion and same-sex marriage.

“What we have to do is defend this fundamental principle of the free exercise of religion,” Carl Anderson said in a Jan. 4 telephone interview with Catholic News Service. “It’s something every Catholic should be concerned about.”

Anderson was referring to statements made by Sen. Kamala Harris, D-California, a member of the Senate Judiciary Committee, during a Nov. 28 confirmation hearing for Brian Buescher, nominated for a judgeship for the U.S. District Court for the District of Nebraska. Buescher, who lost the Republican nomination for Nebraska attorney general in 2014 while saying during the campaign he was “avidly pro-life,” is a member of Knights, joining when he was 18 years old. 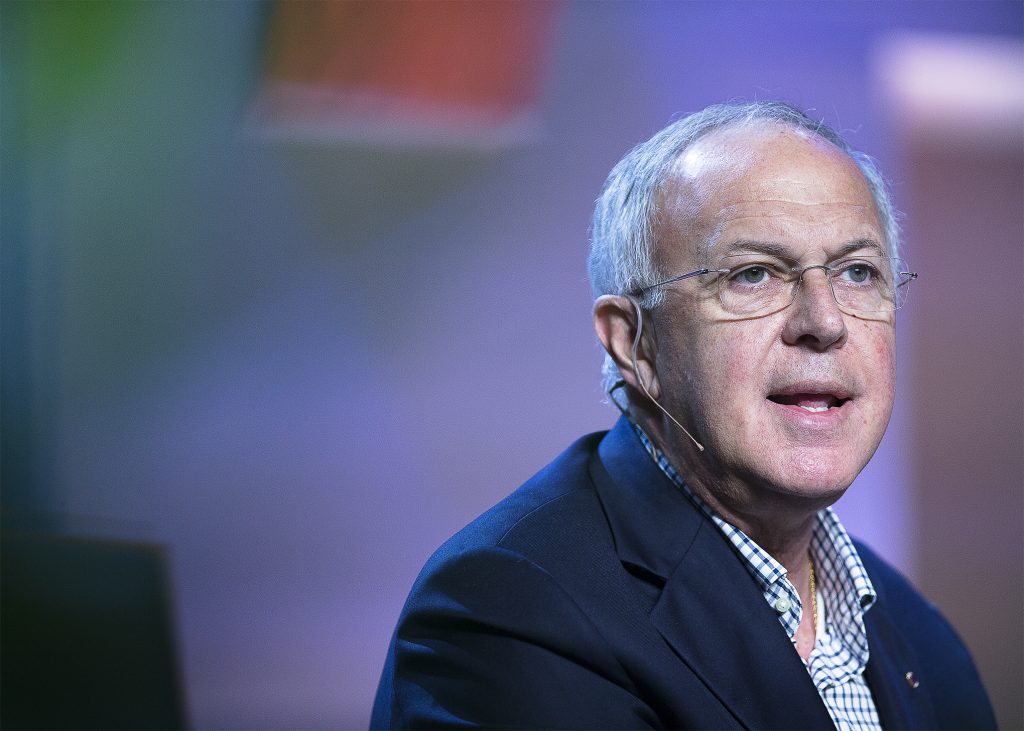 Carl Anderson, CEO of the Knights of Columbus, is seen Sept. 21, 2018, at the Fifth National Encuentro in Grapevine, Texas. (CNS photo/Tyler Orsburn)

Harris expressed concern during the hearing about the positions on abortion and same-sex marriage taken by the Knights, which she called “an all-male society comprised primarily of Catholic men.”

Another Judiciary Committee member, Sen. Marie Hirono, D-Hawaii, asked Buescher, “If confirmed, do you intend to end your membership with this organization to avoid any appearance of bias?” Hirono was referring to the Knights’ support of California’s Proposition 8 to ban same-sex marriage. The proposition passed in 2008, but was overturned by the courts before it took effect.

Hirono also asked Buescher if he would recuse himself “from all cases in which the Knights of Columbus has taken a position,” adding the organization “has taken a number of extreme positions.”

Anderson, in a Jan. 1 statement to all members of the Knights, said, “We must remember that Article VI of the U.S. Constitution forbids a religious test for public office, and the First Amendment guarantees our free exercise of religion, freedom of association and freedom of speech. Any suggestion that the order’s adherence to the beliefs of the Catholic Church makes a brother Knight unfit for public office blatantly violates those constitutional guarantees.”

Asked why it took more than a month after the hearing to issue a statement, Anderson replied, “Really, we received just a flood of inquiries as this began to catch more news attention from our members wanting some guidance, wanting a clear statement. Washington has become so partisan and caught up with personalities, I didn’t what this to be a partisan thing or a personality thing.”

Still, “the way the political winds shift in Washington,” Anderson told CNS, “it’s a very dangerous road these senators have started on.”

Anderson also took issue with remarks posed by Sen. Dianne Feinstein, D-California, at a 2017 Senate Judiciary Committee hearing for Amy Coney Barrett, in which Sen. Feinstein told her, “The dogma lives loudly within you, and that’s of concern.” Barrett, who had been a professor at the University of Notre Dame’s law school, was ultimately confirmed for a seat on the U.S. Court of Appeals for the 7th Circuit.

A vote on Buescher, who was nominated in October, remains in limbo, as other judicial nominees nominated before Buescher were also awaiting votes, and then-Sen. Jeff Flake, R-Arizona, had vowed to withhold support for any judicial nominee until the Senate voted on a bill to protect special counsel Robert Mueller’s probe into Russian interference in the 2016 election.