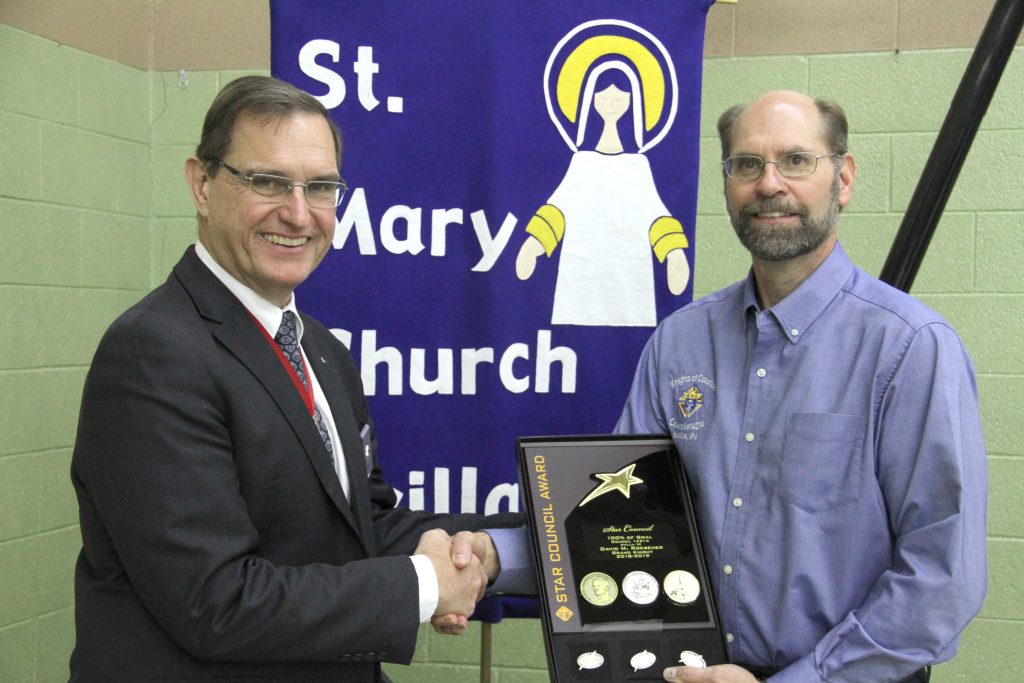 Photos by Joshua Schipper
Grand Knight Dave Roesener of Avilla receives the Knights of Columbus Star Council Award from Knights of Columbus State Deputy Paul Zielinski Nov. 16. It is the Avilla council’s first time earning the award, which is for an outstanding fraternal year regarding membership, insurance and service.

After the celebration of Mass, Knights of Columbus State Deputy Paul Zielinski and his wife, Sheila, presented the award to the council, citing outstanding achievement in membership, insurance and service program activities.

“Jesus commanded us to love,” he continued. “He tells us to love God and our neighbor. I believe, I think you do too, that the Knights of Columbus is the best organization to help good Catholic men become better Catholic men, husbands and fathers.”

“You have the opportunity this year to create a legacy,” Zielinski concluded. “Make this year your best year yet.” 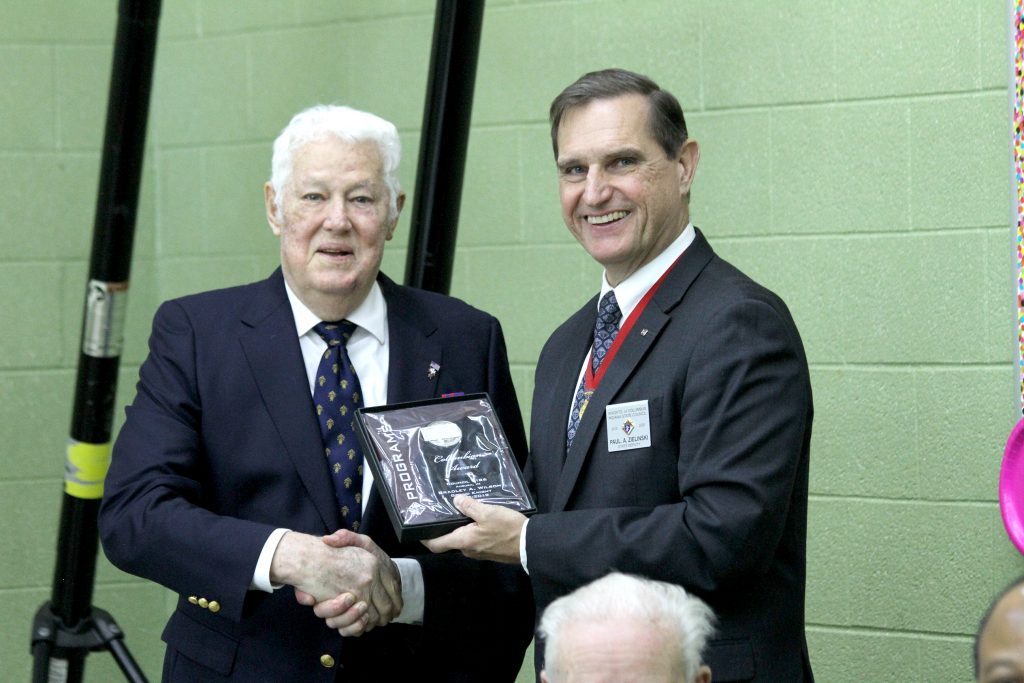 The Star Council Award requires a Knights of Columbus council to qualify for three separate awards.

The Columbian Award, the first of the three, is given to councils that conduct and report at least four major programs in each of the categories of faith, family, community and life. 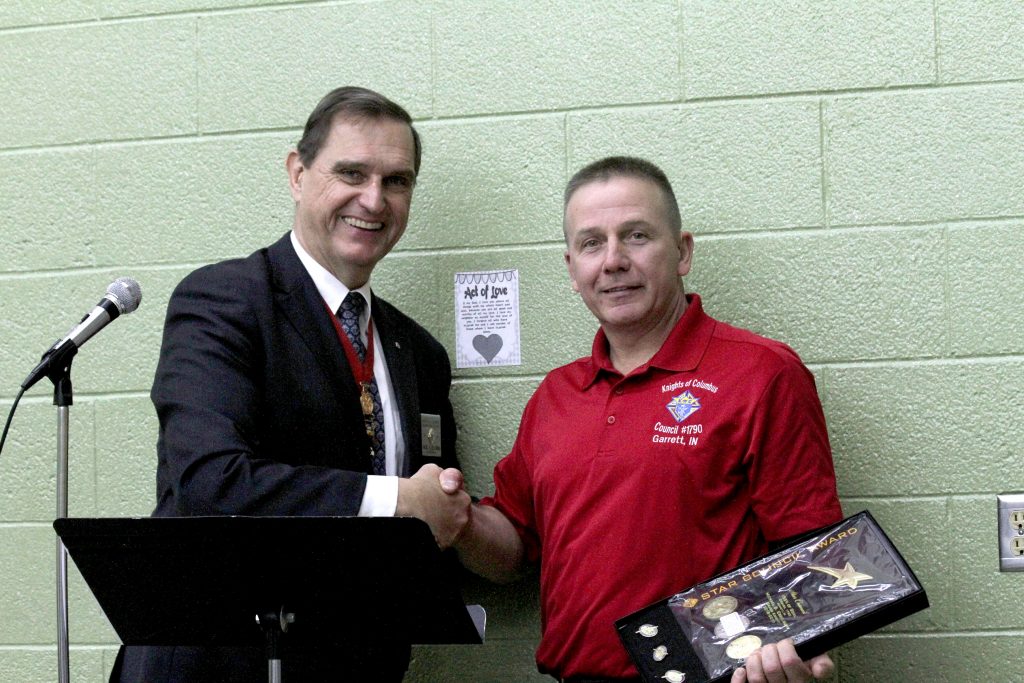 The Father McGivney Award, named for Knights of Columbus founder Father Michael J. McGivney, recognizes the council’s membership growth. To receive this award, a council is required to meet or exceed its yearly membership quota of 7% net growth.

The Founder’s Award, the final qualification, requires councils to meet or exceed the annual insurance membership quota of 1.5% net growth.