VATICAN CITY (CNS) — Saints are people who recognized their need for God’s help, who took risks to discover God’s will and to help others and who nurtured a habit of thanksgiving, Pope Francis said.

“The culmination of the journey of faith is to live a life of continual thanksgiving. Let us ask ourselves: Do we, as people of faith, live each day as a burden, or as an act of praise?” the pope said in his homily Oct. 13 after formally declaring five new saints for the Catholic Church. 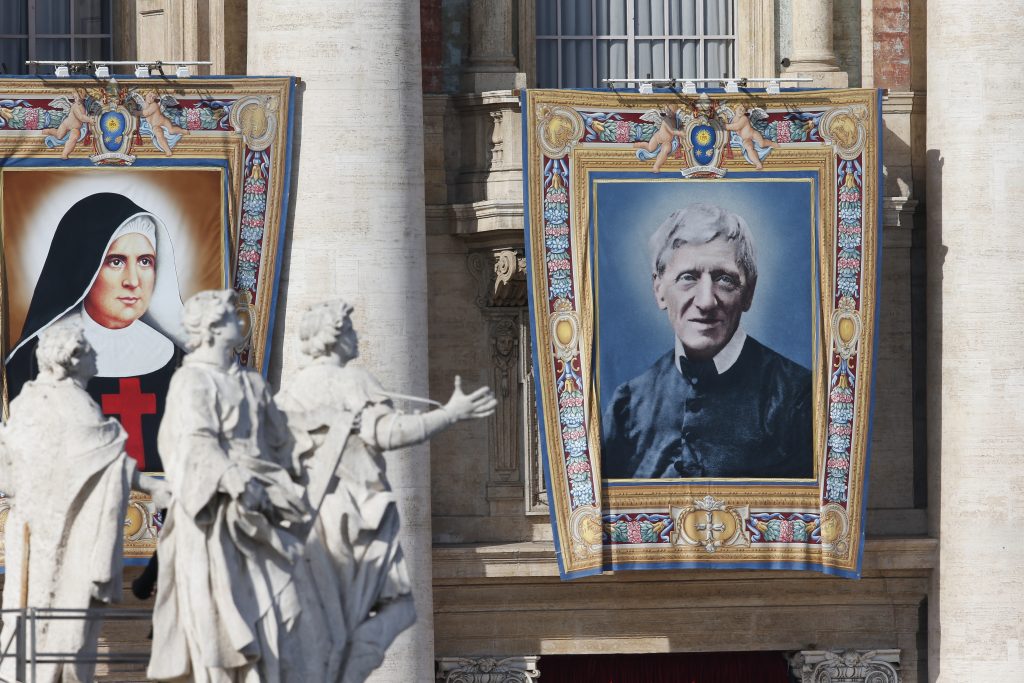 “Three of them were religious women,” the pope noted in his homily. “They show us that the consecrated life is a journey of love at the existential peripheries of the world.”

“St. Marguerite Bays, on the other hand, was a seamstress; she speaks to us of the power of simple prayer, enduring patience and silent self-giving,” he said.

Rather than describing St. Newman, Pope Francis quoted from him to illustrate the meaning of “the holiness of daily life”: “The Christian has a deep, silent, hidden peace, which the world sees not …. The Christian is cheerful, easy, kind, gentle, courteous, candid, unassuming; has no pretense … with so little that is unusual or striking in his bearing that he may easily be taken at first sight for an ordinary man.”

And, referencing St. Newman’s famous hymn, “Lead, Kindly Light,” the pope prayed that all Christians would be “’kindly lights’ amid the encircling gloom.”

Tens of thousands of people filled a sunny St. Peter’s Square for the canonization ceremony and Mass. Among them were Britain’s Prince Charles, Italian President Sergio Mattarella, Brazilian Vice President Hamilton Martins Mourao, a member of Switzerland’s federal council and the deputy foreign minister of India.

Melissa Villalobos from Chicago also was there with her husband and children, and they brought up the offertory gifts at the Mass. Villalobos’ healing, which saved her life and the life of her unborn child, was accepted as the miracle needed for St. Newman’s canonization.

Hours before the Mass began, Holy Family Sisters Manjula and Aruna stood just outside the security checkpoint, handing out Indian flags, rosaries and prayer cards, caps and scarves with the image of their order’s founder, St. Thresia.

The new saint’s focus, and that of her order today, is assisting families, said Sister Manjula, whose ministry is “counseling and visiting houses and helping solve problems. We help all families — non-Christian, non-Catholic, anyone.”

Gregory K. Hillis, a professor of theology at Bellarmine University in Louisville, Kentucky, was representing his university at the Mass, but his presence was very personal, too.

“Newman is important to me theologically and for my spirituality,” he said. “And I like his conversion story” of how, as an Anglican priest, he became a Catholic at the age of 44. “I became a Catholic 13 years ago, and Newman was an important guide. He converted, but maintained his friendships, his respect and love for the tradition that he left.”

“I’m an ecumenical convert as well,” Hillis said. “I’m tired of converts who hate the tradition they left.”

An official delegation of Anglican bishops and priests also attended the Mass, and Archbishop Justin Welby of Canterbury, leader of the Church of England, recorded a message for the occasion.

“His legacy is far broader than one church or two churches,” the archbishop said. “It is a global legacy, a legacy of hope and truth, of the search for God, of devotion to being part of the people of God.”

St. Newman’s role in founding the Oxford Movement in the Church of England, a push to rediscover the early Christian writers and to recover the Catholic roots of Anglicanism, “had a fundamental, lasting, beneficial and important influence on Anglicanism,” Archbishop Welby said.

As is his custom at Mass, including at canonizations, Pope Francis used his homily to reflect on the day’s Scripture readings and only made passing reference to the people being declared saints.

The day’s short Gospel reading from Luke recounted the story of 10 lepers who, seeing Jesus approach, cry out to him for healing. He tells them to go show themselves to the priests and, as they go, they are healed. But only one returns to thank Jesus.

The story also illustrates how, “on the journey of life, purification takes place along the way, a way that is often uphill since it leads to the heights,” he said. “Faith calls for a journey, a ‘going out’ from ourselves, and it can work wonders if we abandon our comforting certainties, if we leave our safe harbors and our cozy nests.”

And, finally, he said, the story teaches that returning to Jesus with a heart full of gratitude is the culmination of the journey of faith.

“To give thanks is not a question of good manners or etiquette; it is a question of faith,” the pope said. “To say ‘Thank you, Lord’ when we wake up, throughout the day and before going to bed, that is the best way to keep our hearts young.

“This also holds true for families, and between spouses,” he added. “Remember to say thank you. Those words are the simplest and most effective of all.” 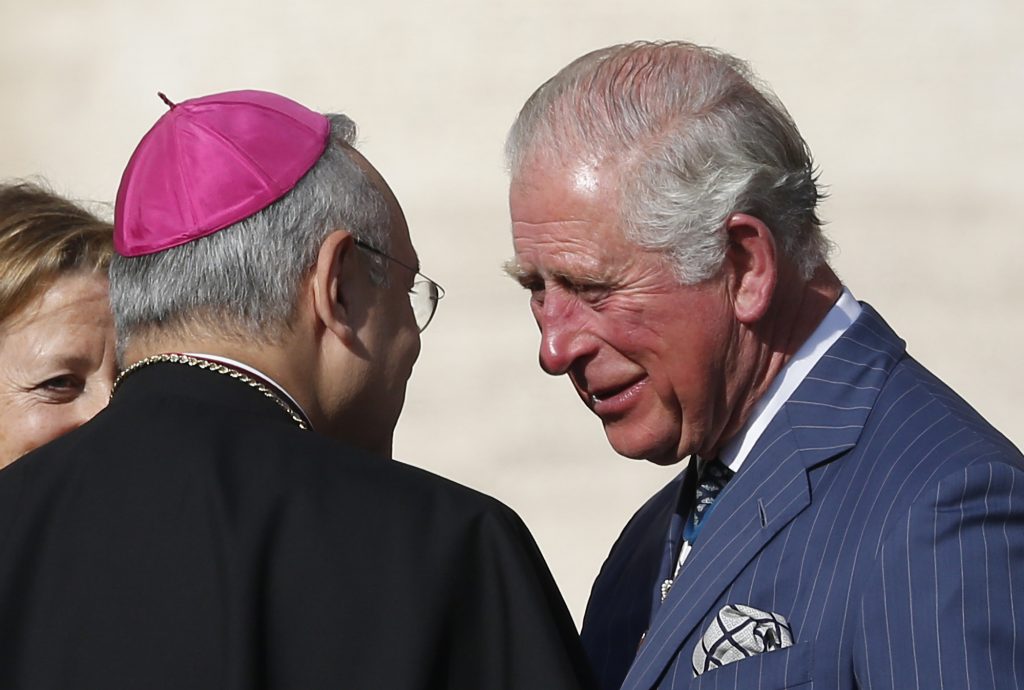