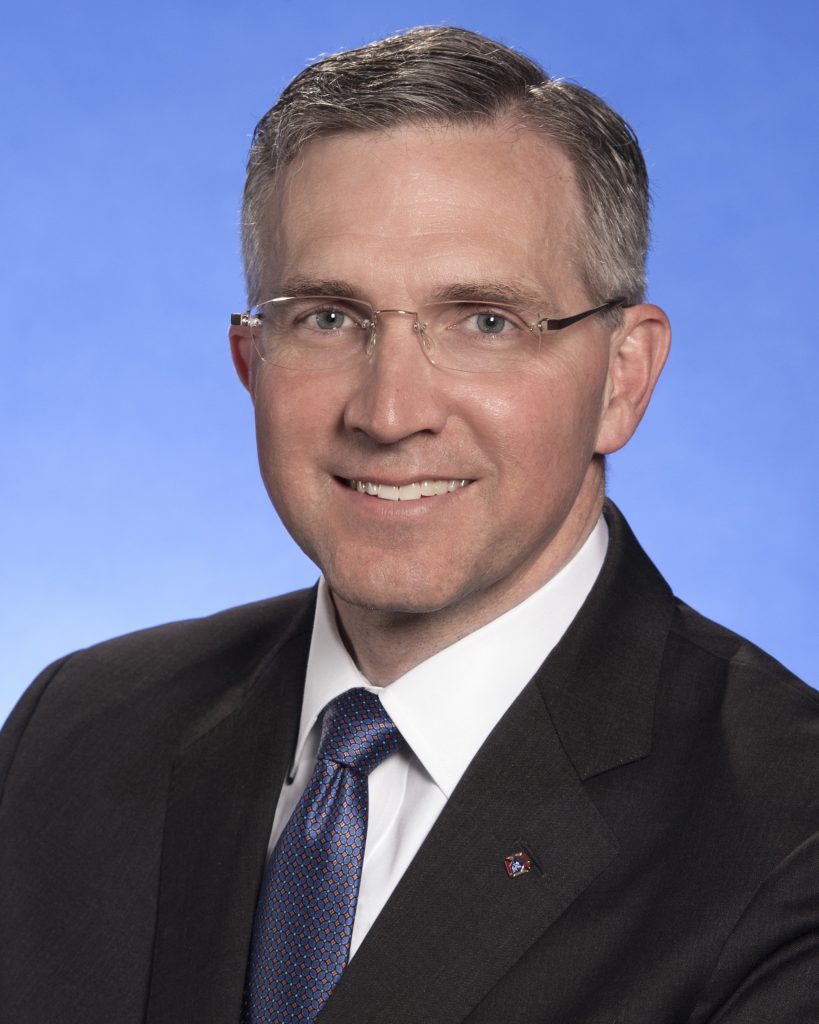 Patrick E. Kelly is seen in this undated photo. The Knights of Columbus board of directors elected him Feb. 5, 2021, as the next Supreme Knight, succeeding Carl A. Anderson, who will retire Feb. 28. (CNS photo/courtesy Knights of Columbus)

NEW HAVEN, Conn. (CNS) — Patrick Kelly, a retired U.S. Navy captain, is the new leader of the Knights of Columbus, succeeding Supreme Knight Carl A. Anderson, who has headed the international fraternal organization as its CEO for more than two decades.

Elected deputy Supreme Knight in 2017, Kelly was elected to the top post by the Knights’ board of directors Feb. 5. He begins his term as the organization’s 14th Supreme Knight March 1.

Anderson will retire Feb. 28 upon reaching the organization’s mandatory retirement age of 70.

“I am honored, thankful and blessed. I am honored to be called to serve as Supreme Knight,” Kelly said in a Feb. 5 news release.

He credited Anderson for his guidance over the last four years.

“Carl has long been a friend to me, and while I count myself among our many colleagues who will miss his daily contribution, I know that he will continue to contribute much to the good of the (fraternal) order as past Supreme Knight and a member of the board of directors.”

“He possesses the knowledge, experience and commitment necessary to carry the order forward in service to our brother Knights, their families, our parishes and our communities,” he said in a statement.

Calling Kelly “extraordinarily well-qualified,” Anderson credited the new leader for his dedication to service to the Catholic Church, the United States and the Knights. “He is ideally suited to carry on the work of the Knights of Columbus as we enter a new era, faithful to our principles of charity, unity and fraternity, and in close collaboration with the Holy See and the bishops throughout the world.”

With the fraternal organization, Kelly played a prominent role in international religious freedom, the Knights’ Ultrasound Initiative, and a grassroots response to the coronavirus pandemic, known as Leave No Neighbor Behind involving members worldwide serving people in quarantine, supporting food banks and blood centers and supporting other humanitarian services.

Kelly served 20 years in the Navy, retiring in 2016 from the military branch’s Judge Advocate General’s Corps Reserve where he specialized in international and operational law. He also served as the commanding officer of the international law unit at the U.S. Naval War College in Rhode Island.

In his career he also has served as senior adviser to the ambassador-at-large for international religious freedom at the U.S. State Department. His responsibilities included working with the Vatican and other nations on religious freedom issues.

Kelly joined the Knights as a university student in Wisconsin in 1983 and later served as state deputy in the District of Columbia from 2012-2013. He was named the Knights’ vice president for public policy in 2006.

He also was executive director of the St. John Paul II National Shrine in Washington.