For three Thursdays in October, a group of parishioners at St. Pius X in Granger gathered to discuss racism. The conversation centered around questions that included, “What is it from a Catholic perspective?” “How important is it for Catholics?” and “What, if anything, should Catholics do in response to racism in society and in the Church?”

The series of discussions were organized by the Catholic Social Teaching Ministry at St. Pius and presented as an adult faith formation offering. The series was centered around the 2018 pastoral letter from the U.S. Conference of Catholic Bishops called “Open Wide Our Hearts: The Enduring Call to Love.”

“’Open Wide Our Hearts’ has something important to say to everyone, beyond partisan divides, about the scourge of racism and its lasting effects in America today, and we wanted to open the letter for people to read in a non-partisan way,” said Michael Rubbelke, director of adult faith formation at St. Pius. 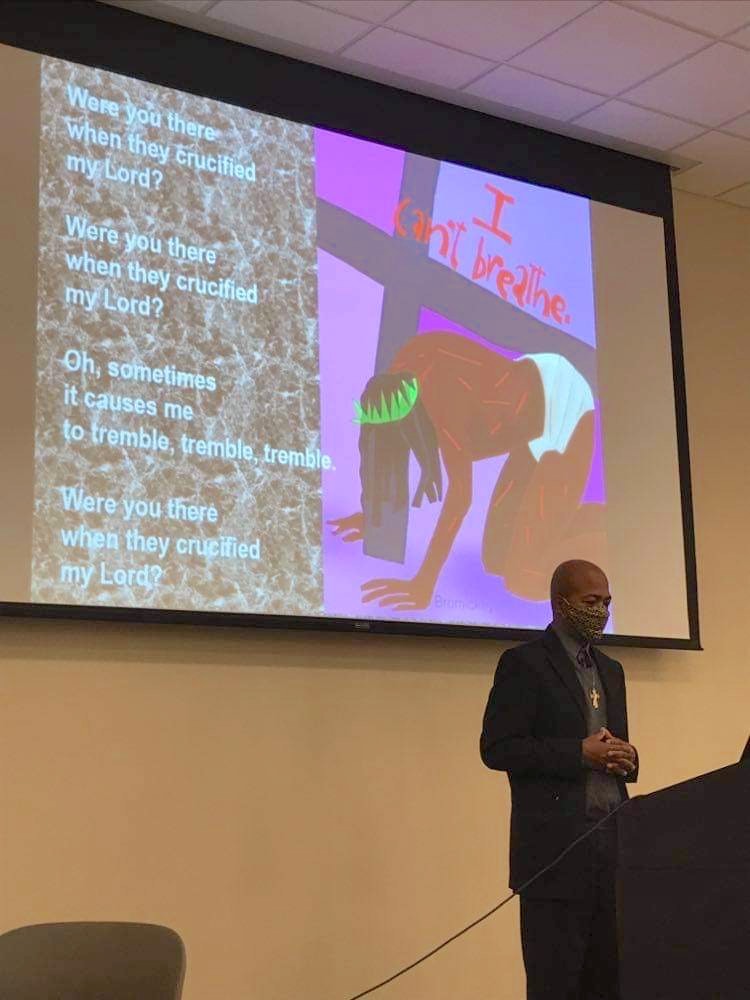 For Tardy’s presentation, 13 people attended in person and 18 via Zoom. The next week for the first presentation there were seven people in attendance and six people online. Rubbelke said he was happy with the turnout for the event; but he still wished it could have been better, because the parish has hundreds of families.

The second event happened on the same night as the second presidential debate. But what kept people home, organizers thought, was the idea that the issue is not that important.

For many people, racism is not viewed as a contemporary problem affecting the lives of people in 21st century America.

One attendee said he has heard many people state that they are not racist and they have never acted in a racist way towards anyone.

“It’s very important for white people to do their work,” said Phil Noonan, one of the parishioners who attended. “It’s such a huge blind spot.” Reading the bishops’ letter is a way people who attended the discussions were encouraged to see into that blind spot.

What is racism? It’s not only deliberate sinful acts but also unconsciously accepted attitudes and beliefs. Deacon Tardy also referred to it as the “original sin of American society.” 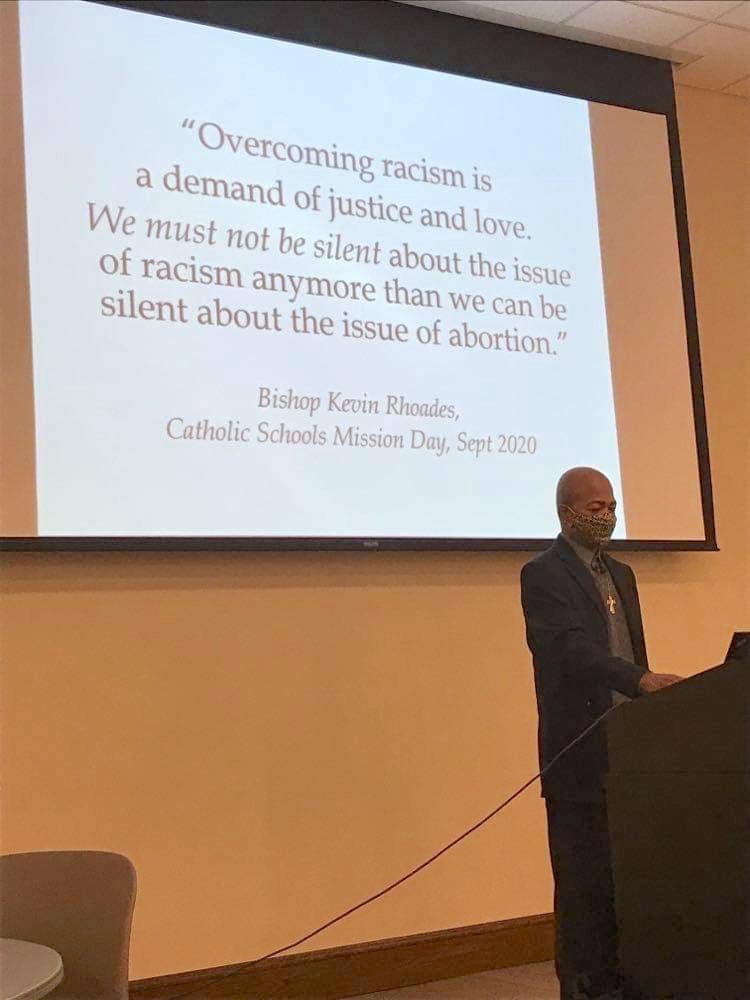 When institutional racism is compared to original sin, it helps reframe the discussion. Not being racist is not a worthy goal, several attendees said. Being anti-racism means working to change and analyzing racist structures in society.

Consider the children’s movie “Sing,” said Cathy Noonan, one of the attendees on the second Thursday. One of the characters in that animated film came from a family of bank robbers. And the bank robbers had voices that sounded African American.

The language of sin also provides a framework for people to discuss racism.

Perhaps the question is more important than the answer, another attendee said.

Asking such questions, focusing on the problem, helps society move towards solutions, it was said.

Noonan said that talking about white privilege has never been a pleasant experience. “It was hard for me to begin to look at it,” she said. However, she realized the importance of it.

She also mentioned Bishop Kevin C. Rhoades’ prayer service on Sept. 9, the feast day of Peter Claver, the patron saint of interracial justice. It was refreshing to see the bishop emphasize the importance of the issue, she said.

For Deacon Tardy, talking about racism is also something he would prefer not to do. Yet he’s been doing it more and more frequently this year than in the past.

Deacon Tardy works with the University of Notre Dame as well as serving the Church. In one  recent week he led more than a half-dozen discussions like the one at St. Pius.

After hearing about his schedule, his daughter said that talking about racism must be something that he really loved to do. But that’s not the case. Not necessarily, he responded.

“But it’s the season for it.”
If he didn’t respond to the desire people have to address this issue, that would definitely be a sin of omission and a missed opportunity. “The season may pass, and what did you accomplish?” he asks.