Stepping into the world of Fort Wayne artist Peter Lupkin has the feel of stepping back in time.

Not only does he live and work in a building on Broadway in Fort Wayne that dates back more than 100 years, Lupkin works in materials and techniques that have served well for centuries. 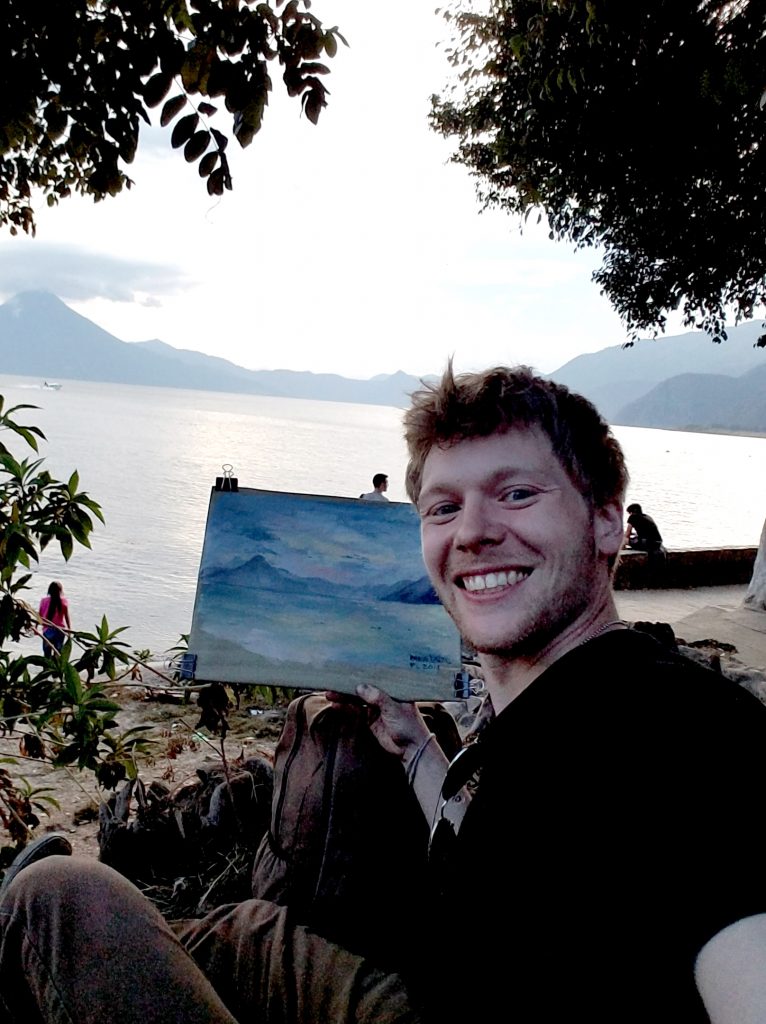 Lupkin grew up surrounded by the tools of stained-glass artisans including his father, William L. Lupkin. “We’ve been in this business for about two-and-a-half generations,” he explained. “I started working in the studio when I was about 14 or 15.” In addition to his father, the business includes his uncle, his older brother and soon his younger brother, who will graduate from Ball State University this spring.

A graduate of St. John the Baptist School in Fort Wayne and Bishop Luers High School, Lupkin’s Catholic roots show in the works on display and the works in progress. On the walls of the stained-glass studio are drawings of windows created for churches in Fort Wayne and for projects in dioceses as far away as both coasts of the United States. One of the current projects at William L. Lupkin Designs is a rose window for the new Blessed Sacrament Church in Albion.

“Stained glass follows a very strict set of rules … the process has been virtually the same for 800 years,” he said.

Upstairs in his painting studio is a gallery of sketches from his travels both in the United States and abroad. Lining the walls of the studio and the hallway are oil paintings from his student days at Indiana University-Purdue University Fort Wayne and his art studies in Italy to his more recent works highlighting people from all walks of life. 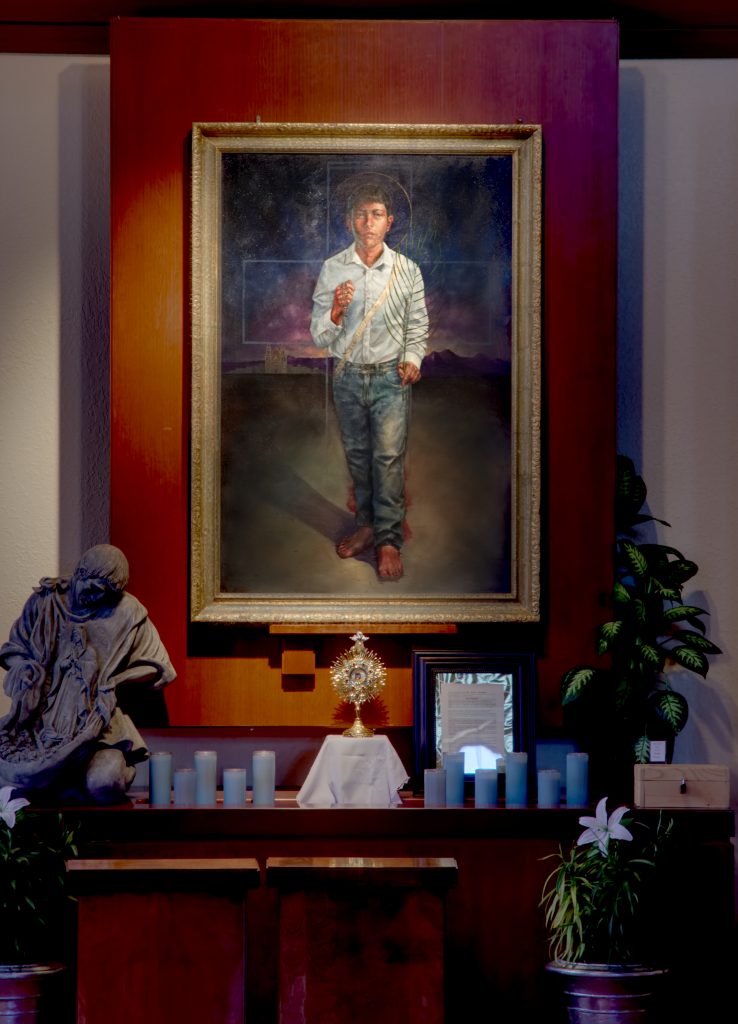 The parish of Our Lady of Guadalupe, Warsaw, asked for an image of the young Mexican martyr St. José Sánchez del Río to be painted. It has been hung to one side of the sanctuary to encourage and provide a holy example to the youth of the parish, who are also largely Mexican. Following parish confirmations in April, Bishop Kevin C. Rhoades blessed the painting by Fort Wayne artist Peter Lupkin, and also blessed the congregation with a relic of the saint. Bob List

Lupkin finds beauty in the stuff of reality … a young girl weeping, a prize fighter bruised, an aging woman. He just returned from the highlands of Guatemala where he worked on a project for Maya Traditions Foundation doing portraiture of local backstrap-weaving artisans. Unrolling his canvases, he tells about the women who work to support their families through the foundation’s fair trade commitment. The women work hard at their trade and at life. Their faces, he points out, show some of the struggle of living in a primitive culture. “They farm with just their hands and a few simple tools.” Lupkin continued.

“Their weaving is an ancient art,” he said, describing the backstrap looms that are literally strapped between a tree and the back of the artisan. The results are finely woven fabrics of colorful threads.

Lupkin’s sensibility for cultural uniqueness has extended worldwide. Most recently it landed in Our Lady of Guadalupe Church in Warsaw, in a portrait of the young St. José Sánchez del Río. “The parish has been adding stained-glass windows over the years since the church was constructed. This time they asked for a portrait of this young saint of the Americas.”

The young saint, who was canonized by Pope Francis in 2016, was martyred in 1928 during the Mexican Cristero War. Lovingly referred to as “Joselito,” the youth was only 15 when he was captured by government officers and imprisoned in a church sacristy. After repeatedly refusing to renounce his faith, Joselito was forced to walk to his death in a nearby cemetery where he traced the sign of the cross in the dirt as he lay dying.

To prepare for the nearly life-size painting of the youth, Lupkin researched the life of the young saint, studied photos, and contemplated the meaning of the work for the Hispanic parish. “I wanted the portrait of Joselito to be historically accurate but also to be approachable and relatable to the people of Our Lady of Guadalupe parish.” He especially wanted it to speak to the youth of the parish, where the portrait was blessed by Bishop Kevin C. Rhoades on April 8 during the celebration of the sacrament of confirmation.

The painting depicts a barefoot youth wearing jeans and a white shirt appearing to walk toward anyone viewing the painting.

“It’s important for people to have saints they can relate to … especially young people like the ones who were being confirmed,” Lupkin said.

In addition to his art that is installed in churches throughout the diocese and the country, Lupkin’s work is also on display at Gallery Victor Armendariz in Chicago. Beginning May 25, Ancilla Domini College in Donaldson will host a show of the work of William L. Lupkin Designs.