“America is in mourning. Deep, deep mourning for a man who inspired millions to, I don’t know, watch a movie, I guess.”

Thus wrote political humorist Bill Maher on the recent death of Stan Lee, beloved creator of the “Marvel Universe” featuring superheroes like The Avengers and Spider-Man. Maher said comic books are for kids, and grown-ups should move on to “big-boy books without the pictures.” This complaint is from someone who makes his fortune wisecracking on television.

Maher later added that “a culture that thinks that comic books and comic book movies are profound meditations on the human condition is a dumb (expletive) culture.”

My response requires a spoiler alert, as I will comment on the latest episode of the Netflix series “Daredevil,” featuring one of Marvel’s more complex heroes. Daredevil is the alter ego of attorney Matt Murdock, who was blinded — but had other senses greatly heightened — by a childhood accident.

He is angry over his blindness, the death of his father, his unhappy childhood in a Catholic orphanage and the urban injustices he can’t fix legally. He becomes a vigilante by night, with a moral code — based in his Catholic upbringing — against deliberately taking human life. 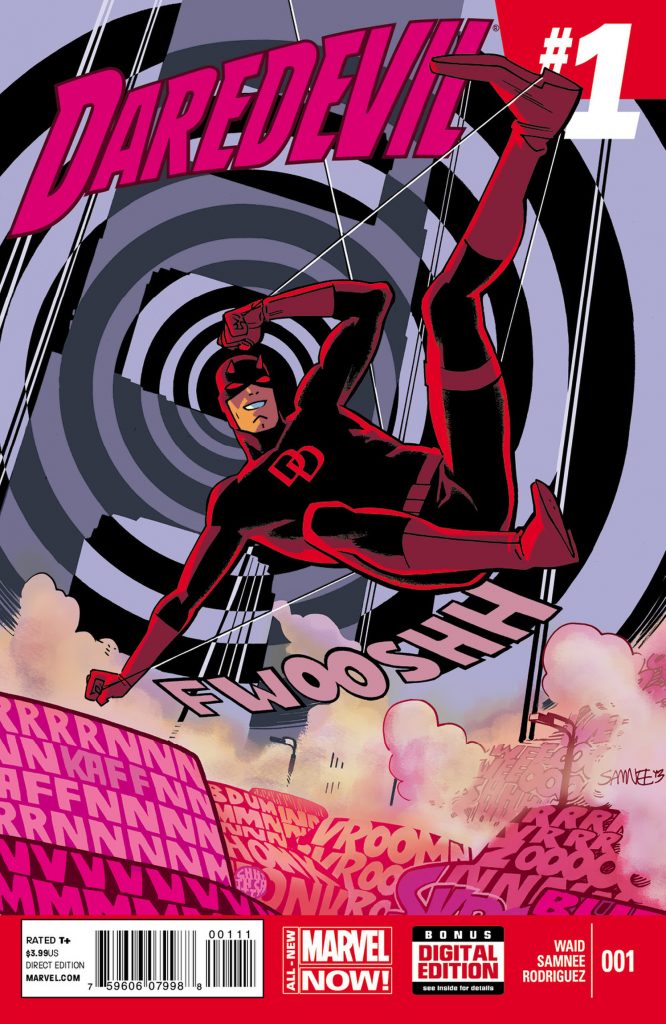 That code is tested to its limit in Season 3, which begins with Daredevil damaged physically and spiritually by an explosion that has killed the woman he loved and turned him against God. How he defeats a new threat, finds loving support from friends who refuse to give up on him and recaptures his sense of his own identity and his place in the world is the rest of the story.

In the finale, having prevailed over nearly impossible odds at great cost, he ponders what his parish priest said years ago when he asked how a loving God could make him blind.

“He told me: God’s plan is like a beautiful tapestry. And the tragedy of being human is that we only get to see it from the back, with all the ragged threads and the muddy colors. And we only get a hint of the true beauty that would be revealed if we could see the whole pattern on the other side — as God does.” If not for his accident, he would never have become Daredevil and saved the lives he has been able to save.

“So, maybe it is all part of God’s plan,” he concludes. “Maybe my life has been exactly as it had to be.”

Daredevil is not the only Marvel hero reflecting on the human condition.

Before he considers fighting crime as Spider-Man, Peter Parker hears from his beloved Uncle Ben that “with great power must also come great responsibility.” At first, he ignores that advice, leading to his uncle’s death at the hands of a criminal Peter could have stopped. He remembers this whenever he is tempted to stop using his gifts to help others.

Captain America, surviving in a frozen state since World War II to be revived in the present, retains his old-fashioned sense of honor and personal moral responsibility — and the conflict between his value system and that of pragmatic technocrat Tony Stark (aka Iron Man) is key to the dramatic tension in The Avengers movies. The film “Captain America: The Winter Soldier” warns against placing too much power in one person or organization, or letting a utilitarian ethic drive our efforts to improve the world.

In these and other ways, comic book movies have given us some very positive messages about the human spirit. Negative messages are easier to find among politicians and the late-night comedians who comment on them.