INDIANAPOLIS (CNS) — A U.S. District Court judge placed a permanent injunction Aug. 10 on several Indiana pro-life laws, including those that required physicians examine patients in person before performing abortions and that said only physicians can administer first-trimester medication abortions.

An IndyStar article said several requirements in state law were deemed unconstitutional by Judge Sarah Evans Barker of the U.S. District Court for the Southern District of Indiana in a ruling in Whole Health Alliance v. Rokita.

She did uphold some provisions, including the requirements that only physicians can provide first-trimester aspiration, or suction abortions, and that ultrasounds must be performed before an abortion.

But the IndyStar said she blocked the state’s ban on the use of telemedicine as it regards abortion — whereby doctors use an online platform to prescribe abortion-inducing mifepristone and misoprostol. 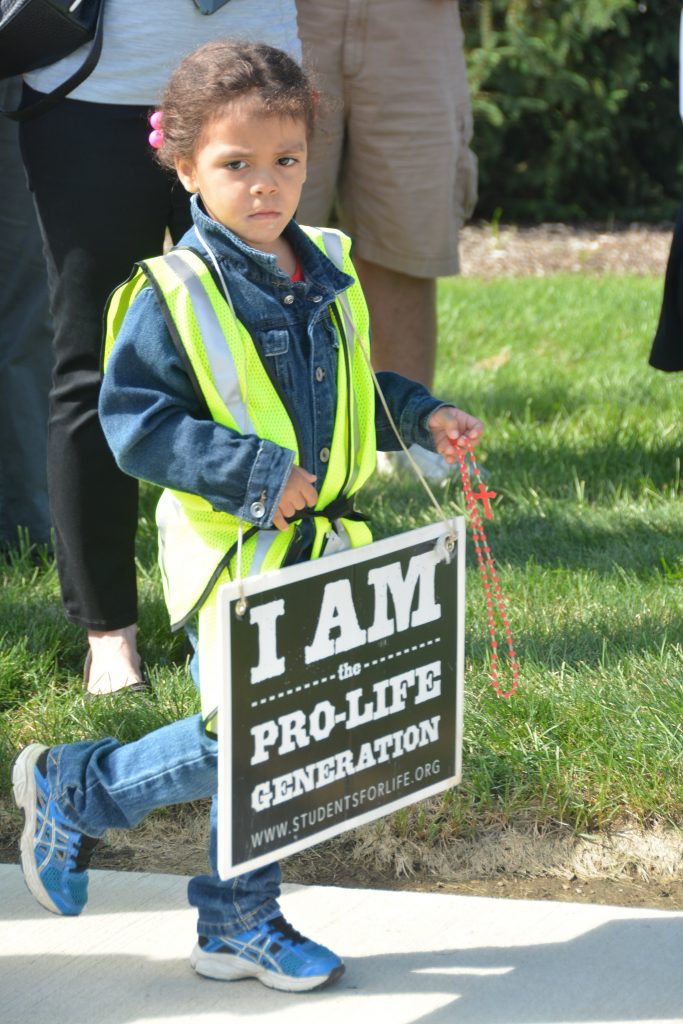 Larelle Thompson, who was saved from abortion at the Indianapolis Planned Parenthood abortion facility, holds a pro-life sign and rosary in front of the same facility in this 2018 file photo. A U.S. District Court judge placed a permanent injunction Aug. 10, 2021, on several Indiana pro-life laws, including those that required physicians examine patients in person before administering abortions and that only physicians can administer first-trimester medication abortions. (CNS photo/Natalie Hoefer, The Criterion)

She also put a stop on a requirement that second-trimester abortions must be performed in a hospital or ambulatory outpatient surgical center as well as blocked requirements that abortion providers provide state-backed information to patients on fetal pain, the beginning of life and the mental health risks of abortion.

“It’s horrible,” Right to Life of Indianapolis president Marc Tuttle told The Criterion, newspaper of the Archdiocese of Indianapolis. “This is a broad-sweeping abuse of judicial power, no doubt about it, especially when you look at hospital admissions for abortion past the first trimester. A lot of those laws had been in place for 30 years. This is devastating.”

He said the ruling “opens up abortion on demand without a doctor throughout the state, well past the gestation limits in place now. It also opens the door for abortion clinics to open in Fort Wayne and Evansville — Planned Parenthood has made no bones about wanting to open in Evansville.”

“This is a horrific ruling that will directly lead to a massive expansion of chemical and late- term abortions in Indiana,” he said in a statement.

“The sweeping blockage of these commonsense laws jeopardizes the health and safety of women, leaves women in the dark on issues of fetal pain and the development of human life, and places communities like Fort Wayne and Evansville clearly in the crosshairs for abortion business expansion,” he said. “This is judicial activism at its absolute worst.” 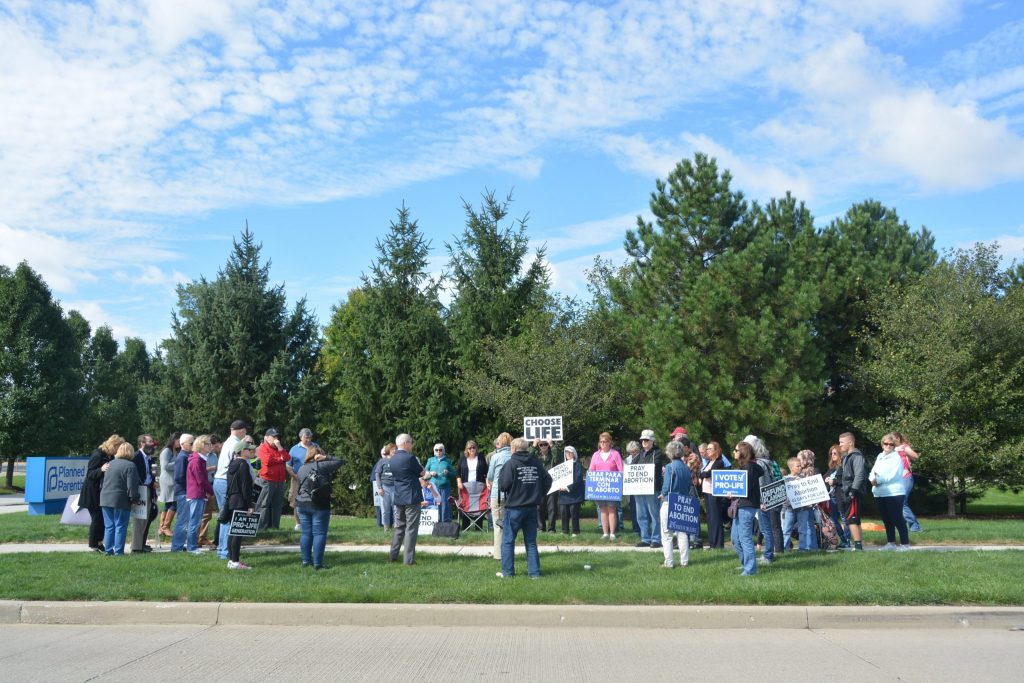 Pro-life advocates in Indianapolis gather near a Planned Parenthood abortion facility in this 2018 file photo. A U.S. District Court judge placed a permanent injunction Aug. 10, 2021, on several Indiana pro-life laws, including those that required physicians examine patients in person before administering abortions and that only physicians can administer first-trimester medication abortions. (CNS photo/Natalie Hoefer, The Criterion)

Other provisions challenged in the case that Evans Barker upheld were requirements that abortion providers maintain admitting privileges with a hospital or a written agreement with a provider who has such privileges; that minors receive either parental consent or a judicial waiver to receive an abortion; and that patients delay their abortions for at least 18 hours after receiving state-mandated disclosures.

Indiana Attorney General Todd Rokita, a pro-life Catholic, said in a statement that Evans Barker’s ruling “only strengthens our resolve to keep fighting for the lives of unborn children and the health of mothers. … We will continue to fight to defend Indiana’s commonsense abortion laws and to build a culture of life in Indiana.”

But he lamented the injunction placed on other provisions in the law, thus contradicting “binding precedent, including a 7th Circuit (appeals court) decision that upheld the very same in-person-counseling Indiana law that the district court invalidated today.”

His office said Aug. 11 it would ask the 7th U.S. Circuit Court of Appeals, based in Chicago, to review Evans Barker’s ruling.

“We will continue to fight to defend Indiana’s commonsense abortion laws and to build a culture of life in Indiana,” the attorney general said.

The decision, which “doesn’t have much in the way of a silver lining,” said Tuttle, ultimately does not alter the mission of the pro-life movement.

“Our main mission is to make abortion unthinkable and illegal,” he said. “Abortion is becoming increasingly unpopular in public opinion, and fewer women choose abortion year after year.

“For the pro-life movement, we need to continue to work to decrease the number of abortions regardless of what the law is.”