Angela Espada knows how to connect with people.

Her friend and former dean of Loyola New Orleans Law School, Maria Pabón, is one of many who can attest to that. In 2002, Espada was serving as assistant dean of admissions at Indiana University’s McKinney School of Law when Pabón was hired for a faculty position there. Unexpectedly, Pabón received a call while in Indianapolis to search for a house. It was Espada, extending an invitation to a woman she had not yet even met.

“Angela builds community,” Pabón said. “That’s who she is.” She is aware of the humanity of us all. “ 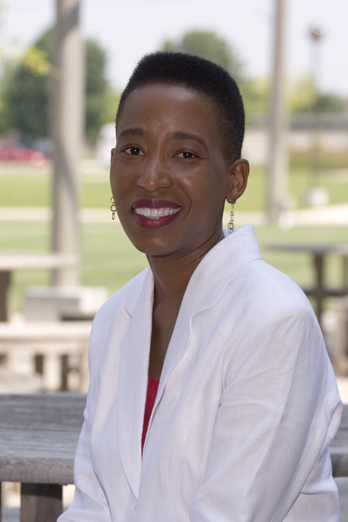 The ICC serves as the official public policy voice of the Catholic Church in Indiana, requiring the executive director of the ICC to articulate the Church’s position on key issues and speak for the bishops of the five dioceses around the state. Espada will be the first woman at the helm of the ICC since its inception in 1966 and the first woman of color to hold a Catholic Conference directorship position nationwide.

“The executive director of the Indiana Catholic Conference is a unique position requiring a variety of skills and exceptional intellect as well as a strong Catholic faith,” said Archbishop Charles C. Thompson of the Archdiocese of Indianapolis, speaking of Espada’s selection following an exhaustive search. “Angela strikes me, first and foremost, as a lifelong Catholic who takes her faith very seriously and lives according to her Catholic beliefs. She has a great deal of experience in education, diversity training and resource management. I have been impressed with her people skills and quick learning ability. There is quite a learning curve for anyone to step into this role, serving with bishops and staffs of five dioceses, engaging in dialogue with political representatives from different perspectives and both sides of the aisle, coordinating various groups and organizations, and maintaining a consistent Catholic ethos while working with people of various faith traditions and beliefs.”

Archbishop Thompson noted that while women have held key leadership positions in the archdiocese and other dioceses around the state and the nation, “especially in light of comments and encouragement provided by Pope Francis, I believe that it is very timely and appropriate to have the first woman to serve as ICC executive director in Indiana.”

The archbishop also acknowledged the groundbreaking nature of having an African American woman in this role. “To be clear, although it is quite historic to have a woman of color in this very important position for the Catholic Church in Indiana, Angela was chosen as the best person from among several highly qualified candidates,” he said.

“While Glenn will be greatly missed upon his retirement next year – his contributions have been immeasurable – I am excited about Angela stepping into this role and I look forward to working with her,” Archbishop Thompson added. “She exudes confidence, compassion and enthusiasm, and along with her distinguished professional background, these qualities will serve her – and the Catholic Church in Indiana – exceedingly well.”

In approaching her new position, Espada will draw upon her varied personal and professional experiences as well as her solid grounding in the Catholic Church.

‘A catalyst for good’

Angela traces her Catholic roots and strong moral compass to her family and the parish where she was baptized. She attended St. Rita Catholic Church and School in Indianapolis, which was founded a century ago as the city’s first parish for African American Catholics.

Later she attended St. Joan of Arc Parish before enrolling in public school. The curriculum was not challenging enough and Espada returned to St. Rita, graduating from there and then Scecina Memorial High School. After earning two undergraduate degrees from the University of Indianapolis, she headed to Indiana University in Bloomington, where she earned her J.D. as well as a master’s degree in higher education.

Newly married to José Espada, whom she met when they were both graduate assistants, she worked as a deputy prosecutor. She then moved to the Indiana Supreme Court as a staff attorney before joining the administration of the Indiana University Robert H. McKinney School of Law in Indianapolis while her husband also pursued a career in administration at the Indiana University School of Medicine. By this time, she had been a guardian for a younger sister, a therapeutic foster parent for a niece and nephew, and finally a parent to her daughter, Maya.

After being appointed the first African American associate dean in the IU system, Espada was selected by the American Council on Education for its prestigious fellows’ program. ACE fellows, identified as emerging leaders in higher education, immerse themselves in administration at a host institution. Espada’s fellowship year was in Nashville, Tennessee. While there, the chancellor of Indiana University-Purdue University Indianapolis appointed her to a new position: which would become the associate vice chancellor for diversity, equity and inclusion.

Dr. Dereck Rovaris Sr., vice provost for diversity and chief diversity officer of Louisiana State University has been a friend of the family since Espada’s days in university admissions and was a member of her fellows’ cohort. Espada’s gifts were apparent to everyone in the program.

A lifelong Catholic himself, Rovaris predicts that Espada will be “a catalyst for good” in her new role.

Those sentiments were echoed by Stephanie Whitley, director of religious education at Holy Angels Parish in Indianapolis, the Espadas’ church home for the past decade. Whitley got to know Espada during their work together on the parish’s capital campaign to construct a new church. She also noted Espada’s diligent efforts on the Holy Angels social concerns commission.

Since early October, Espada has been traveling the state with Tebbe, meeting key individuals and entities. The 2020 session of the Indiana General Assembly begins Jan. 6, and the ICC once again will weigh in on the issues facing the legislature. Tebbe and Espada anticipate the return of many issues that have dominated past legislative sessions – from predatory lending to pro-life matters.

“The key issues continue to be protecting religious freedom, promoting the common good, and the dignity of life and dignity of the person,” Espada said. “Glenn has been wonderful in connecting me with key players on all the issues.

Those who know Espada best say they are inspired by her – and that she will do great things in her new role, guided by her devotion to the Catholic Church and its teachings.