INDIANAPOLIS (CNS) — A judge issued a preliminary injunction on Sept. 22 on a new Indiana abortion law that gives legal protection to most unborn babies.

The ruling temporarily reinstates access to abortion in Indiana up to 22 weeks gestation as allowed by state law prior to Sept. 15, the date when S.B. 1, as the new law is known, went into effect. It banned abortion in Indiana except in cases of rape, incest, and particular serious medical complications and emergencies.

The injunction puts the law on hold while the judge reviews arguments for a suit filed on Aug. 30 by the American Civil Liberties Union on behalf of Planned Parenthood and other abortion providers operating in the state. 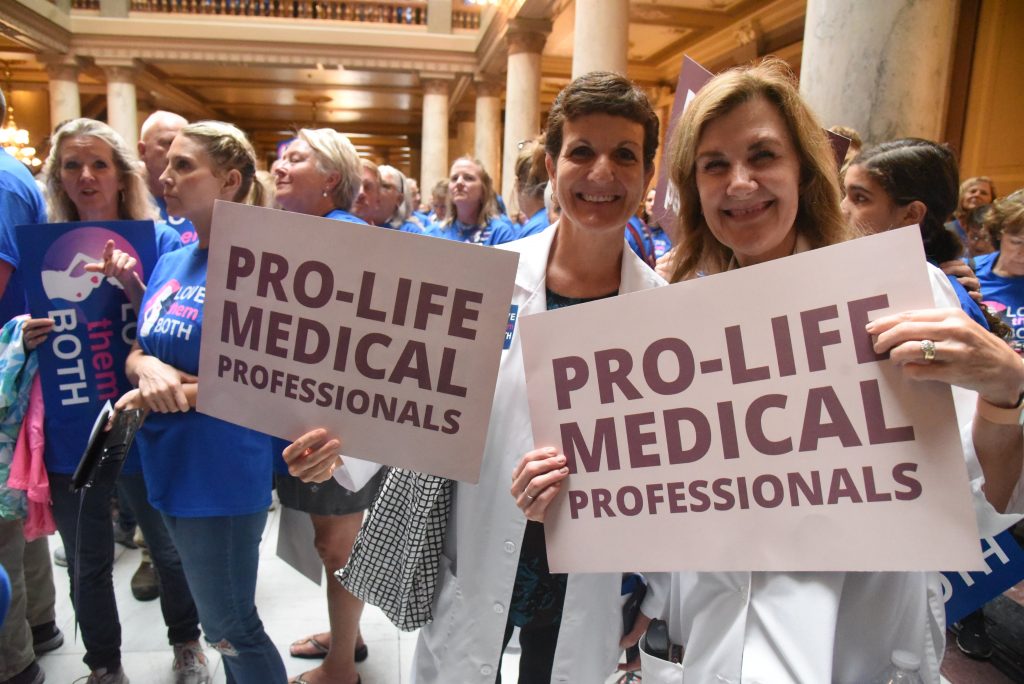 Dr. Cathy Wagner, left, and Dr. Elizabeth Wehlage, both Catholics from the Archdiocese of Indianapolis, take part in a “Love Them Both” rally sponsored by Indiana Right to Life July 26, 2022, at the Indiana Statehouse in Indianapolis. The rally took place while an Indiana Senate committee was preparing to vote on a bill that would ban most abortions in the state. (CNS photo/Sean Gallagher, The Criterion)

S.B. 1 was passed by the Indiana General Assembly and signed into law by Gov. Eric Holcomb on Aug. 5. The preliminary injunction on the law will remain in effect until a decision on the case is made.

On Sept. 19, Special Judge Kelsey Hanlon of the Owen County Circuit Court heard arguments from lawyers for the plaintiff and defendant – listed as members of the Medical Licensing Board of Indiana, et al. – regarding the lawsuit. The case was filed in Bloomington, Indiana, in Monroe County.

Hanlon, a Republican, received the case after three Monroe County judges, all Democrats, passed on it.

In her order granting a preliminary injunction on S.B. 1, Hanlon stated: “With the benefit of additional time to consider the requested injunctive relief, and having considered the record of evidence, the text of the relevant provisions of the Indiana Constitution, the relevant case law, and the thoughtfully presented arguments and submissions of counsel for all parties, the court concludes that injunctive relief is warranted.”

“Accordingly, the court grants the plaintiffs’ motion for preliminary injunction and prohibits the defendants’ enforcement of S.B. 1, pending decision on the merits in this matter,” she stated. 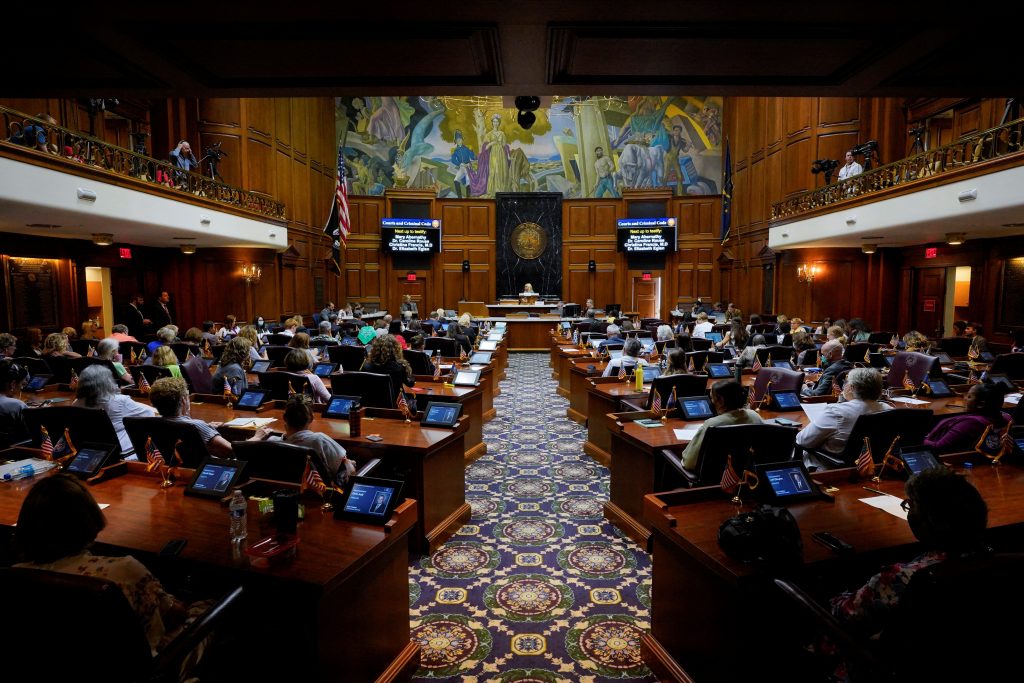 State lawmakers and members of the public gather in the House chambers in the Indiana Statehouse in Indianapolis Aug. 2, 2022, during a special session to debate banning abortion. (CNS photo/Cheney Orr, Reuters)

In a response to the judge’s order, Indiana Right to Life CEO Mike Fichter said that the “blockage of Indiana’s new law means over 161 unborn children will continue to lose their lives to abortion every week this injunction stays in effect.”

“We are encouraged by the judge’s acknowledgment of the state’s legitimate interest in protecting unborn babies and are hopeful the blockage will be brief,” he said in a statement.

Indiana Attorney General Todd Rokita also issued a statement: “We plan to appeal and continue to make the case for life in Indiana. Our office remains determined to fight for the lives of the unborn, and this law provides a reasonable way to begin doing that.”

The Indiana Catholic Conference, the public policy voice for the church in Indiana, said it was “encouraged by the new law, S.B. 1, which will protect more pre-born babies.”

“We respect the legal process, but are disappointed that while the injunction is in place more lives could be lost,” the conference said in a statement. “We pray for an ultimate decision that will promote a culture of life and respect the dignity of the pre-born.”

Natalie Hoefer is a staff writer at The Criterion, newspaper of the Archdiocese of Indianapolis.