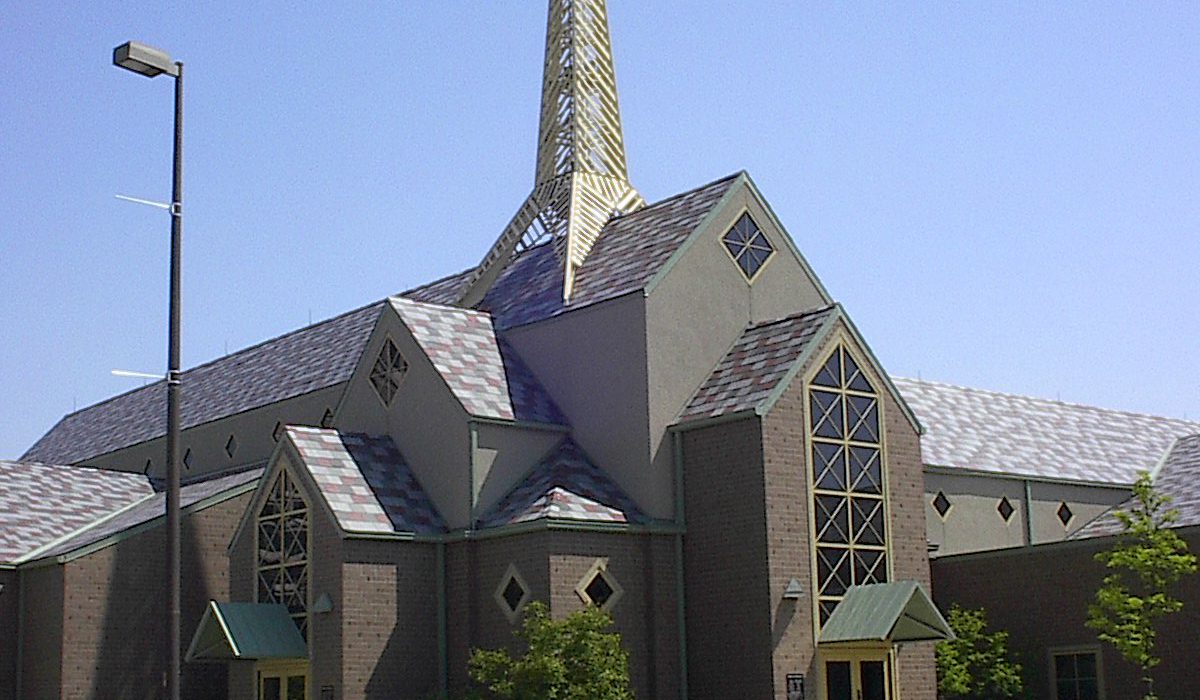 IMD: Cathedral of the Immaculate Conception 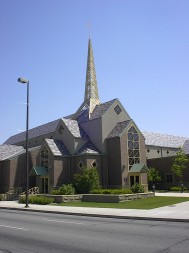 A cross-section of Catholics from all over the city of Fort Wayne considers St. Mary Mother of God Church, downtown, their home parish.

One of the unique things about St. Mary Mother of God Church in downtown Fort Wayne is that most of its parishioners commute from the city’s suburbs, as well as neighboring towns, to attend. Almost every zip code in the Fort Wayne area is represented at the church, which is composed of around 250 families and 611 individuals. They celebrate Mass and other sacraments with Father Phillip Widmann, their pastor of almost 12 years. St. Mary has a long, rich history in the heart of the city and an abundance of ministries that greatly impact the surrounding community, making it an integral part of the local fabric.

French missionaries and other priests celebrated Mass around the area of the three rivers in Fort Wayne from the late 1600s until about the end of the Revolutionary War in 1783. The first Catholic Church in Fort Wayne was originally called St. Mary, but the name changed to St. Augustine after the arrival of Father Julien Benoit in 1840 and the completion of the interior of the church. In 1842, a German-speaking priest named Father Francis J. Rudolf assisted Father Benoit with the German-speaking members of the congregation of St. Augustine, which would eventually become the Cathedral of the Immaculate Conception.

Eventually, the German-speaking members of St. Augustine wanted to form a church that preached the Gospel in German. In 1848, 30 German families split from St. Augustine to form that church, the excavation for which began the same year. On Nov. 29, 1848, the families processed from St. Augustine to their new church. The celebrant, Rev. F.X. Weninger, led the procession, dedicated the church to the service of God and named it “The Mother of God Church.”

In 1857 a newer and larger Mother of God Church became necessary because of an increase in the number of parishioners. The cornerstone was laid in 1858 by Bishop Luers; and with a 200-foot Gothic steeple, the new church became the tallest building in Fort Wayne. It was destroyed in January 1886, however, when a boiler exploded and the church caught fire.

This did not discourage the pastor or parishioners. Father John Oechtering rallied the congregation and, just two days after the fire, they met to discuss building a new church, which they wanted to be 10 feet wider and 30 feet longer than the cathedral. The cornerstone of the new church was laid out by Bishop Dwenger in July 1886, and the church was dedicated in December 1887.

St. Mary Boys’ School, an addition to the parish, was built in 1903. Two years later, girls were also enrolled but were taught in a separate building. The school closed in 1963 following a decline in parishioners, then reopened in the fall of 1964 as a mission school for Catholics and other children in the parish district area. The school closed again in 1969.

On Sept. 2, 1993, lightning struck the St. Mary church steeple, causing a fire. Only a few items, such as the Blessed Sacrament, some altar artifacts and statuary were salvaged before it was deemed unsafe to gather more. On May 22, 1994, a final ceremony and closing of the remains of the church took place. Demolition began in the fall, and due to requirements such as a site review and preparation of the ground, ground breaking for the new church did not begin until March 1997. It was dedicated in May 1999.

St. Mary Mother of God is rich with ministries that strive to help the community. They include food distribution, the provision of shelter and material goods, efforts to make spiritual connections and the provision of an understanding and appreciation of other faiths and cultures.

One of its most well known ministries is the St. Mary’s Soup Kitchen, established in 1975. The soup was originally made on the pastor’s stove, but the ministry moved to the church basement in 1980 and into a separate facility in 1998. It’s the largest soup kitchen in northeast Indiana, serving over 250,000 meals annually.

Matthew 25 Health and Dental in Fort Wayne was established after a prayer group at the parish studied the Gospel of Matthew and felt called to live its message. The clinic opened on Clay Street in 1976 and provided free medical services to low-income individuals without insurance. At first the clinic was only for health services, but dental services were added in 1979. Matthew 25 is the only full-time clinic in Allen County that offers medical, dental, vision and hearing services in one facility.

Other ministries at St. Mary include Pastoral Care, which visits homebound parishioners, prays with them and gives them Communion; Haiti Outreach, which raises funds and sends supplies to a school and church in Haiti; the Bells of St. Mary’s, which provides scholarships for Catholic school students and has helped over 700 children so far; Ave Maria House, located across the street, which allows individuals to warm up in cold weather, take a shower, do laundry, use the phone and make connections with other people; and many more.