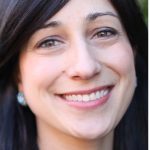 In his book “The Four Loves,” C.S. Lewis writes: “The typical expression of opening friendship would be something like, ‘What? You too? I thought I was the only one.’”

I think this is the reason that a good number of my friends are Catholic converts. I have spent the better part of my adult life trying to communicate the church’s teachings in various professions. The Gospel is good. I’ve always thought it worth sharing.

Conversion requires a “turning toward” the truth. Whenever I meet a convert, I think of the Gospel of Luke in which Jesus decisively “sets his face toward Jerusalem.” There is a boldness to it that I admire. I never had a radical turn at any point: no conversion, no reversion. It’s been rather unglamorous.

Each one of my friends who are converts has asked me how I managed to stay Catholic as an adult. The odds aren’t great for those of us who start out in the faith. According to the Pew Research Center, nearly half of Catholics in the United States leave the church at some point in their lives. Four out of 10 of them don’t return.

In fact, growing up, I didn’t realize there was a difference between being Catholic and being Italian. I thought that every child ate Sunday meals at their grandparents’ house near the local parish, buried a statue of St. Joseph upside down to sell a house and prayed one Hail Mary before taking the pizzelle off the iron.

Cradle Catholics begin their lives standing “toward” Christ. But we do need a sturdy foundation under our feet. In my life, this foundation came from my parents and grandparents. Pope Francis has been telling youth for four years to pay attention to them. I always cheer him on.

I also needed people to help me stay on course. These were priests and campus ministers who counseled me in college. They were the professors who helped me to see that what my grandmother had shared at her dinner table had coherent scriptural, theological and philosophical support behind it (maybe not how to sell a house, but other things).

That combination of pastoral care and intellectual clarity compelled me to choose to conform my moral life to the Gospel.

I needed people standing side by side with me, holding my hand in dark moments as I looked at the cross and thought, “Why?” These have been friends and mentors. It helped to meet strangers — 1.5 million or so — at World Youth Day, who traveled to Madrid to see and hear the pope like I did.

I also needed to encounter — both in passing and very intimately — people who didn’t see the world through the same lens. Being challenged by them, asking them questions, loving them and being loved by them has been uniquely fortifying.

Grace doesn’t need big moments through which to work — only a little openness and some opportunity.

Elise Italiano is executive director of communications at The Catholic University of America, and co-writer and co-curator of the Catholic News Service column “In Light of Faith.”  Join the conversation: email [email protected]