No matter what difficulties a year may bring, charitable organizations still have financial needs. And although people are often generous in their giving, 2020’s Giving Tuesday made a particularly appreciated financial difference in Catholic parishes, schools and ministries within the Diocese of Fort Wayne-South Bend.

Mike Shade, chief executive officer of the Catholic Community Foundation of Northeast Indiana, stated that 48 parishes, schools and ministries in the diocese participated in the #iGiveCatholic campaign on the CCFNEI platform. Of those, 42 received donations, with Our Lady of Good Hope’s school in Fort Wayne receiving the highest amount. CCFNEI covered the initial startup costs for any organization in the diocese that wanted to participate.

Our Lady School opened four years ago with a curriculum based on classical education. The small enrollment size of 99 students cannot meet its every financial need.

“One school board member asked if teachers have what they need to be successful,” recalled principal Beatrice Royal. She was about to answer affirmatively when she realized that many of the whiteboards in the classrooms were falling apart and the classroom technology required upgrades. 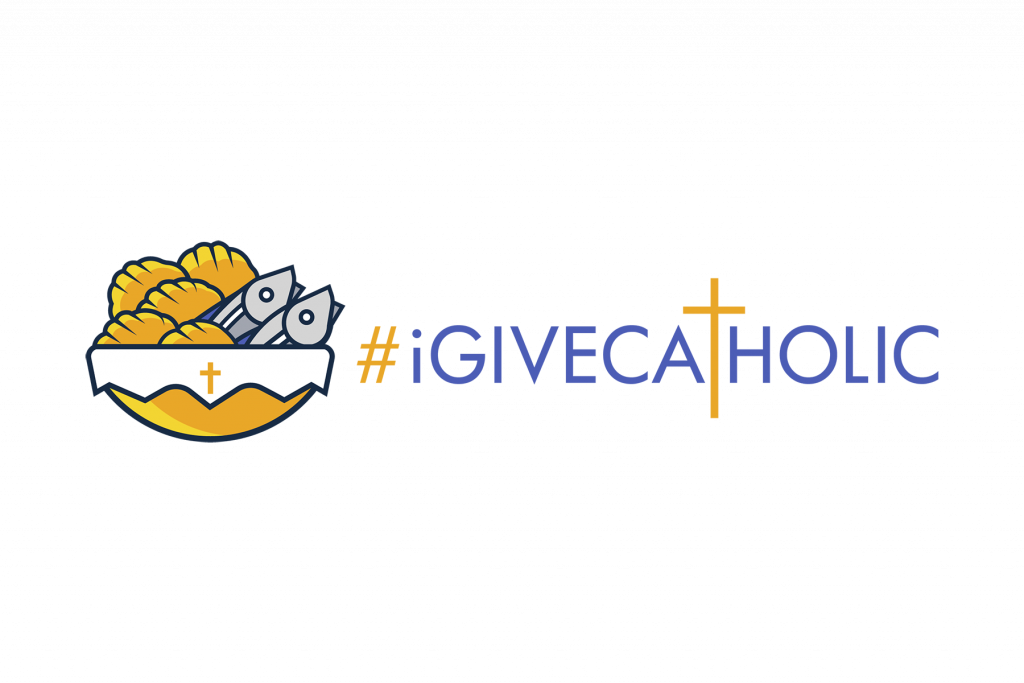 When Royal heard about the #IGiveCatholic campaign from parishioner Julie Kenny, the national director of the program, “my first reaction was, ‘I don’t have time for this.’ Then I thought, ‘No, I have to make time.’ So, I wrote a story and Julie tweaked it.” That story was posted to the school’s #IGiveCatholic page, giving a clear voice to the school’s needs.

The idea to include the school in this year’s #IGiveCatholic campaign began with the parish pastor, Father Mark Gurtner, and Kenny. Royal credits Kenny for giving her the tools to create the platform and promote it at the parish level and through social media.

The items that the school needed to replace were “hampering the teachers’ ability to teach on a daily basis,” Royal stated. The school began to consider what it would cost to replace the old whiteboards with interactive smartboards, but that technology was becoming outdated, Royal found out when speaking to a representative of the supply company. It was suggested that they purchase interactive flat panels instead.

Each participating organization was allowed to set a monetary goal that it hoped to achieve. In Our Lady School’s case, that number was set at $60,000.

Royal called the day the webpage went live “the most intense day” she could remember. She worried if she had asked for too much, whether the support would come in or if it had been worth the effort she had put into it. In the end, though, she realized, “we ask for what we need and trust God for the rest.” The school raised a total of $106,000 — more than $40,000 above its goal.

“The generosity has been absolutely amazing,” Royal said. The new flat panels will be installed in January. The excess amount, she reported, will go toward iPad centers for the primary grades and replacing outdated devices for the teachers.

Kenny is modest about her part in Our Lady’s success. “Because I’m the national director, I could see that they had the potential to do great things. … All I did really was design the page and pointed (Royal) toward resources. … She took it and ran with it.”

Our Lady School came in 13th in the country for the total amount raised. Part of this amount came from a matching donor, which Kenny said is another great way to boost revenue in charitable campaigns such as this. She was pleased to see their efforts rewarded and hopes that more organizations will follow their example and see greater benefits from the annual day of giving in the future. “It’s amazing what organizations can do, regardless of size.”

“We had some organizations that thought this was the wrong year to ask for money, but who are we to limit God in what He could do through donors?”

Kenny advises organizations not to discount the importance of offline donations as well. Many people who want to give to a parish or school can and often do bring their donations to the office. Those donations count toward the total amount raised.

Although some donors may have missed the deadline for online giving, in-person giving is always a viable option, with the specification that the donation is intended for the #IGiveCatholic campaign.

Of the generosity of his parishioners, Father Gurtner professed himself to be “so surprised but very grateful for the tremendous success our school had on Giving Tuesday with the #IGiveCatholic campaign. I’m especially grateful to my staff and to school parents who did the necessary groundwork to make this campaign so successful.”

The parish also took part in the campaign, earning separate funds for maintaining the parish grounds and beautifying the church itself.

For ministries to reach their goal, it is important to write engaging stories telling where the funds are most needed and to promote the campaign through all means possible. Shade added that “there are also a number of people that, after becoming aware of the program, have given to these ministries and are not included in those numbers, since they came after the date.”

Overall, the outcome of the #IGiveCatholic campaign in the diocese has been quite positive this year. Shade hopes that next year will bring even greater success and participation.

“I think for a first-time program, we did very well and there are several ministries that have indicated that they would like to participate next year.”

Marian High School, Mishawaka, and Redeemer Radio both had a large number of donors, with Marian also exceeding its fundraising goal. But even smaller donations are appreciated, and ministries always have a great need for financial aid to help them fulfill their mission within the Church.