Born in Valparaiso but now living in North Manchester, Julie Potter from St. Bernard Parish in Wabash will enter into the fullness of the Catholic Church this Easter season. Potter and her family grew up as full-Gospel Christians, but it wasn’t until much later in life that she felt a call to something different. 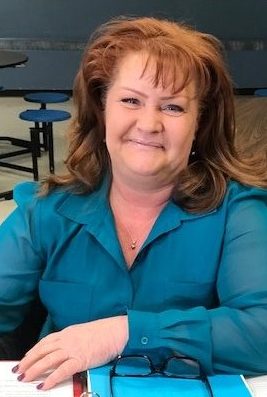 “I have a cleaning company of 29 years,” Potter explained. She spent a year at St. Bernard cleaning the rectory for Father Sextus Don. But when Father Don unexpectedly passed away in the summer of 2018, Father Levi Nkwocha took over as pastor. The next four years became very special for Potter as she not only continued to clean the rectory, but also entertained the possibility of becoming Catholic.

The parish’s rectory was a place that Potter quickly got used to. “I just watched and listened,” she said. “I’ve noticed every time I’d go in there it was very calm. It was so peaceful. I loved going in there.” She especially loved the way she could so easily converse with Father Nkwocha and Ann Unger, the parish secretary. She largely attributes her decision to join the faith to them both – their openness was formative in Potter’s faith journey.

Then came the pandemic. As it was for most people, COVID-19 was unforeseen and hit hard – but in a different way for Potter. “Everything shut down,” she recalled, “and Father Levi went ahead and paid me. I have never had that in 29 years.” This single act set her on a new course. “He said, ‘You know, it wasn’t your fault.’ And right there, I thought, ‘Wow.’”

This kindness reminded Potter of her home life as she was raised on a farm. There, she was surrounded by “loving people,” she said. But a new sense of family and of home was soon forming around her.

“I’ve never been around a priest,” she explained. “There would be things that would come up, and I’ve noticed that Father Levi’s responses were very different than what I’ve ever heard.” This difference resonated in his vast knowledge, she explains, and was another trait that sparked her interest in the Church.

Unger’s knowledge, words and positivity intrigued Potter, too – so much so that Unger became her sponsor as she transitions into the faith. In a way, the two women are similar; always viewing the world as a “glass half full.” It was Unger’s optimistic nature in part that helped convince Potter to become Catholic.

Having gone to many churches in the past, Potter stated that: “This was the first church that was really friendly, loving, caring.” The unity she felt while recently attending her first Mass was truly inspiring. “They have grace. They’re loving like they’re supposed to.”

Another aspect of Catholicism that Potter appreciates is how much of the faith is rooted in Scripture. As she spoke with those in her parish and as she read her church’s bulletin, she was shocked to see that “whatever’s written, whatever’s said, there’s always a Scripture behind it.”

But it doesn’t stop there – she also loves the way the Church not only cites Scripture but also explains it. This new way of understanding the world around her only continued to grow. She has since taken up reading many books that draw on Scripture. “There’s a lot to learn,” Potter added, laughing.

She knew the Catholic Church was where she was supposed to be. “I listen to the Lord,” Potter said. “And it just feels right – in my stomach, it’s just the right thing – and I feel like I’m home.”

She recalled that her father used to say: “Until you find you a family home base, your life will never be right.” So many years later, this rang especially true. “This is my family. This is my family church,” she said. “I’ve never felt this way about a church ever.” 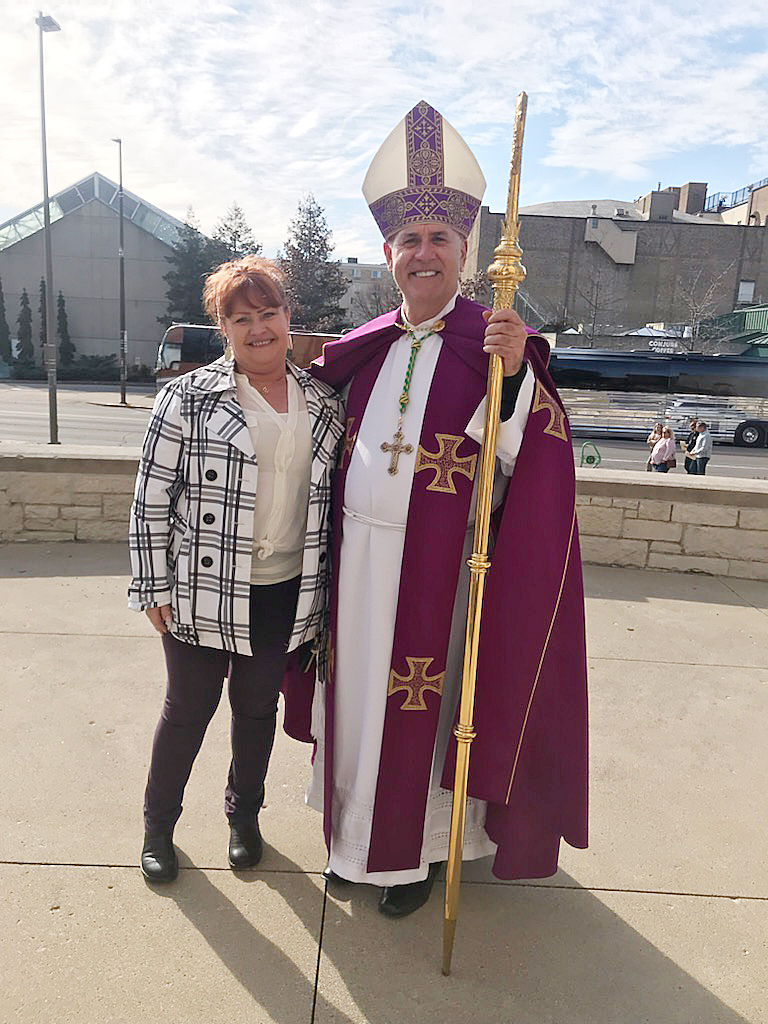 At the Call to Continuing Conversion on March 6 at the Cathedral of the Immaculate Conception in Fort Wayne, Potter professed her plans for entering the Church and was drawn to the bishop’s words. “The way he spoke was so simple; I understood everything,” she says. Potter’s thirst for knowledge continues to grow as she looks forward to learning even more about Catholicism. “I like the education behind it. I’m learning as I go.”

Offering advice to those on the same journey of discernment as she once was, Potter encourages prospective Catholics to join the Church, describing it as “family-oriented and united, and that the faithful are “very strong in their beliefs.” She also recommends speaking to a priest or to a trusted friend.

Potter is one of 329 catechumens and candidates who will enter into the Church this Easter from the Diocese of Fort Wayne-South Bend.