Sister Valeria Foltz, OLVM, has prayed her way through the public ministry of eight popes, six bishops of her order’s home diocese and the lives of most of her biological brothers and sisters. She’ll be at prayer again the morning and the night of Nov. 12, a particularly notable day because it marks her 102nd birthday.

In fact, that’s the secret to a long and peace-filled life, Sister Valeria said: unfailing faithfulness and prayer. It probably doesn’t hurt that she stays physically fit as well, racing her walker down the hallways of Saint Anne Victory Noll faster than some nuns half her age.

Born in Humphrey, Nebraska, in 1919, Sister Valeria was the ninth of 13 children born to Stephen Foltz and Mary Wemhoff, a German family. It was a very faithful Catholic family, she remembered, situated in a small farming community. Just 45 families constituted the local parish. 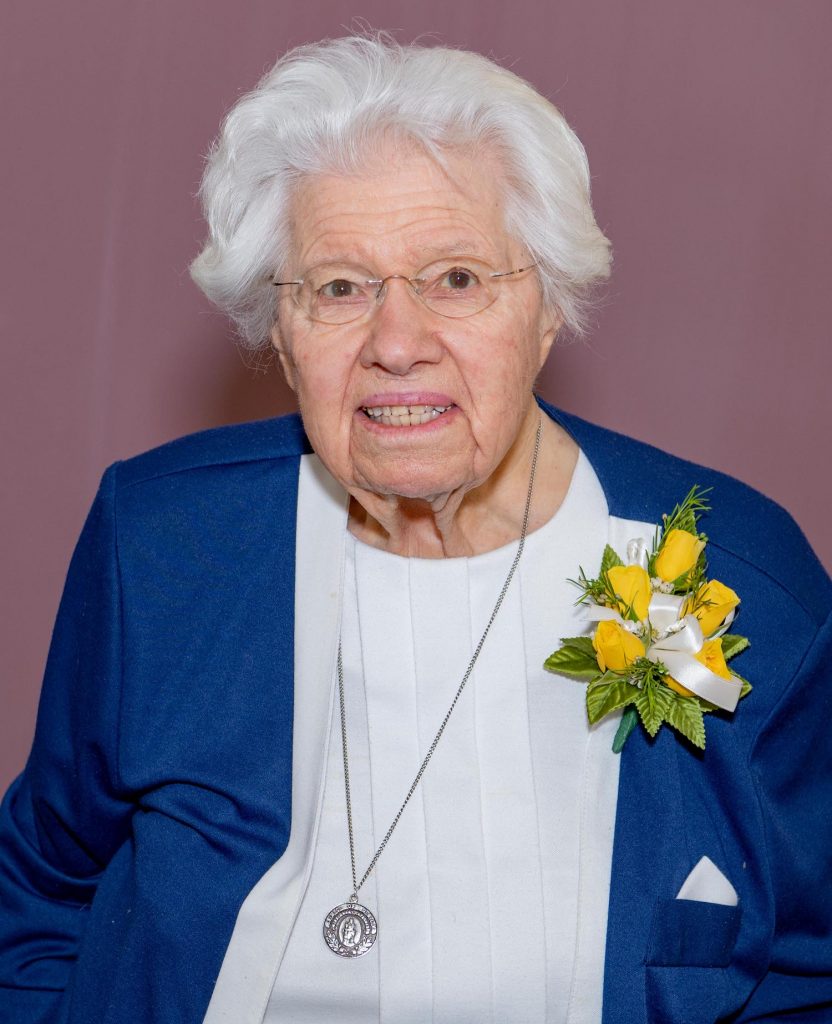 The religious congregation she would come to join was born around the same year she was. The first two OLVM sisters were sent on a mission to New Mexico in 1922, and three years later Father John Francis Noll would generously donate to the construction of the order’s motherhouse in Huntington, under the direction of Father John Joseph Sigstein. It would be called Victory Noll, a combination of Mary’s Our Lady of Victory title and Father Noll’s name.

In 1937, an uncle of the Foltz siblings, a Franciscan priest missioned to St. Peter Parish in Chicago, died at the young age of 45. It affected the family deeply. Valeria, lamenting the loss of a laborer in God’s vineyard, prayed, “Oh God, let me take his place.” But she was unsure of exactly how that might happen.

Two years later, 20-year-old Valeria accompanied her older brother and his wife on a trip to Ohio. Their route took them past Victory Noll, and the life-size white statue of the Sacred Heart of Jesus did not escape their vision. Valeria remembered exclaiming, “Oh, what a beautiful place that is up there. The statue of the Sacred Heart, that he had his arms outstretched like that.”

A couple years later, she was speaking with a Franciscan priest friend about the kind of ministerial work she wanted to do. He knew where to direct her: “He pulled out a brochure (of Victory Noll), and it had the Sacred Heart statue on it. I told him, that’s the place we passed!”

The charism of the Victory Noll sisters is catechesis, and Sister Valeria joyfully and obediently directed religious education programs wherever she was asked to go. Often, she was assigned to OLVM missions in California, and she came to particularly love the Queen of the Missions convent in Redlands, Diocese of San Diego.

“It was all orange groves. Now it’s all houses, but back then you could see orange trees for miles. I was up on a hill,” she remembered. “It was so beautiful.”

The other dioceses to which Sister Valeria’s assignments took her include Gary, Erie, Toledo, Los Angeles, and Omaha. In between, she often returned to the motherhouse. She retired to Huntington in 2000 but is rarely idle. “That’s how you stay faithful: Keep busy,” she said. “I don’t have time to do anything else.”

“I just sew and sew and sew, and then I go to the chapel and thank God. He promised that if we were faithful, He would help us, and He’s been pretty good about that so far,” she laughed. “I realized a long time ago I couldn’t do a thing without our Lord.” 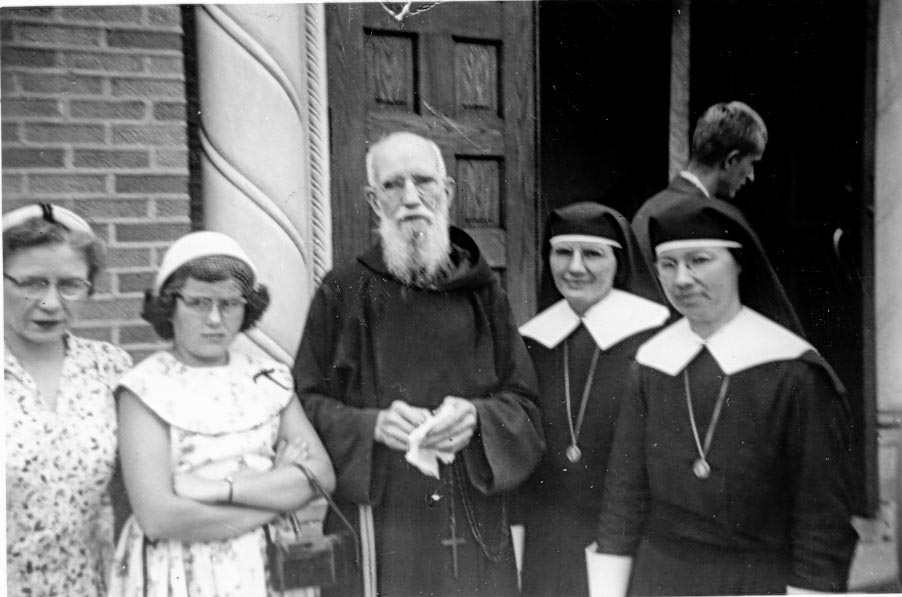 Provided by Sherry Thurston
How does a person remain strong in their faith? With prayer and by staying busy, says Sister Valeria Foltz, OLVM, who celebrates her 102nd birthday this week. Although many years of her vocation were spent at missions in California and other states, she began her consecrated life at Victory Noll in Huntington; there, she and Sister Fidelis Roels, center, came to know Blessed Solanus Casey.

She intends to spend the upcoming winter being faithful as well, praying for the needs of her friends, family and fellow religious. She’ll also continue her ministry of sewing: Sister Valeria crafts several items, including Raggedy Ann-style dolls and comfy turtle-shaped pillows, which are donated or put up for sale in the St. Anne’s Treasure Room.

Her life of prayer remains constant. The sisters attend Mass every day except Saturday in the Victory Noll Chapel. They say the rosary together and use the Living with Christ missalette to pray throughout the day.

She’s thankful to God, she said, for reaching her 102nd birthday Nov. 12. “But really, I think it’s because of all the people praying for me.”