Sue Liebel had just completed the annual March for Life in Washington, D.C., last week when her focus turned back toward Indiana.

The longtime pro-life advocate was asked to comment on a bill introduced this month in the Indiana General Assembly that would ban dismemberment abortion, the method of choice to terminate a pregnancy after the first trimester. She did not hesitate to state her case.

“This is a gruesome and brutal procedure,” said Liebel, for many years the vice president of public affairs for Indiana Right to Life. “People don’t even believe it’s legal when they learn the graphic nature of it.” 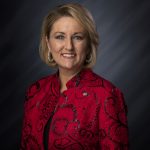 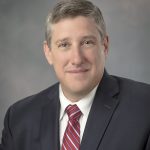 “Protecting innocent human life is at the very top of the Catholic Church’s priorities,” said Glenn Tebbe, executive director of the ICC, the public policy arm of the Catholic Church in Indiana. “This bill would outlaw one of the most disturbing abortion methods that has ever been devised.” 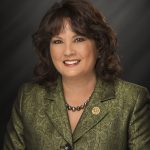 Dismemberment abortion, also referred to as a dilation and evacuation abortion, involves tearing a live fetus apart in the uterus using forceps or other instruments and then extracting it one piece at a time. This is because the baby’s head is larger in the second trimester, and the first-trimester methods — suction abortion or use of the abortion pill — are no longer possible.

“Most Americans think that abortion is a tidy little procedure,” Liebel said. “It isn’t even in the first trimester. But dismemberment abortion is done at 12, 13, 14 and up to 20 weeks, and medical science is completely clear that the baby can feel pain at this point.”

Liebel was a member of the working group called together last summer by Rep. Smaltz that eventually led to the drafting of House Bill 1211. The District 52 Republican, frustrated that previous efforts to limit abortion had been stymied in the state legislature, was searching for common ground that he believed the majority of Hoosiers could agree upon.

“Most people are shocked to hear that it is not illegal in the state of Indiana to remove a living child from the mother’s womb piece by piece,” Smaltz said.

Now chairman of the public policy committee of the Indiana House of Representatives, Smaltz said he is hopeful to gain support for the bill on both sides of the aisle.

“Indiana is a pro-life state, but we have to keep this issue in front of people — not in a way that makes them recoil, but by presenting reasonable, logical arguments that result in people saying, ‘That just makes sense,’” he said. “I think our chances of moving forward are very good.

“This bill will save lives if it is not challenged.”

House Bill 1211 would make performing a dismemberment abortion a level 5 felony unless a physician “reasonably believes” that performing the procedure is necessary to prevent serious health risks to the mother or to save the mother’s life. The criminal penalty would be for the physician, not the mother.

The bill’s lead author, Rep. Mayfield, says she is reasonably confident that the bill will receive a hearing in this session of the General Assembly.

“I believe the support is there,” said Mayfield, assistant majority floor leader in the House. “In Indiana, we are a pro-life legislature. Nationally, the word ‘abortion’ has become so ubiquitous, and we as a society have become so desensitized to what actually is entailed in this type of procedure. This bill is very clear about what is actually involved. Hoosiers don’t want to know that babies are being pulled apart in the womb.”

Mayfield is no stranger to pro-life legislation. In fact, she is co-author of House Bill 1337, which was signed into law by then-Gov. Mike Pence in 2016. The law prohibited women from terminating a pregnancy due to their unborn child’s race, gender or genetic abnormality. It was soon challenged by Planned Parenthood of Indiana and Kentucky and the American Civil Liberties Union. Federal courts ordered an injunction against the law, which keeps it from being enforced. The U.S. Supreme Court is currently considering taking up the case.

The District 60 Republican is passionate about pro-life issues not just as a legislator but as a Catholic.

“There is nothing more sacred than life,” said Mayfield, a member of St. Martin of Tours Parish in Martinsville. “You can call it what you want, but it doesn’t change the fact that it is a human life in the mother’s womb.”

To follow House Bill 1211 and other priority legislation of the Indiana Catholic Conference, visit www.indianacc.org.