WASHINGTON (CNS) — The U.S. Supreme Court announced Feb. 24 that in its next term it will examine if the city of Philadelphia can exclude a Catholic social services agency from the city’s foster care program because the agency will not accept same-sex couples as foster parents.

In 2018, Philadelphia stopped using the foster program of Catholic Social Services of the Philadelphia archdiocese over the agency’s policy of not placing children with same-sex couples because such unions go against Church teaching on traditional marriage.

A year later, the U.S. Court of Appeals for the 3rd Circuit sided with the city, calling the agency’s policies discriminatory.

“The city stands on firm ground in requiring its contractors to abide by its nondiscrimination policies when administering public services,” the ruling said. “Placing vulnerable children with foster families is without question a vital public service. … Deterring discrimination in that effort is a paramount public interest,” it added. 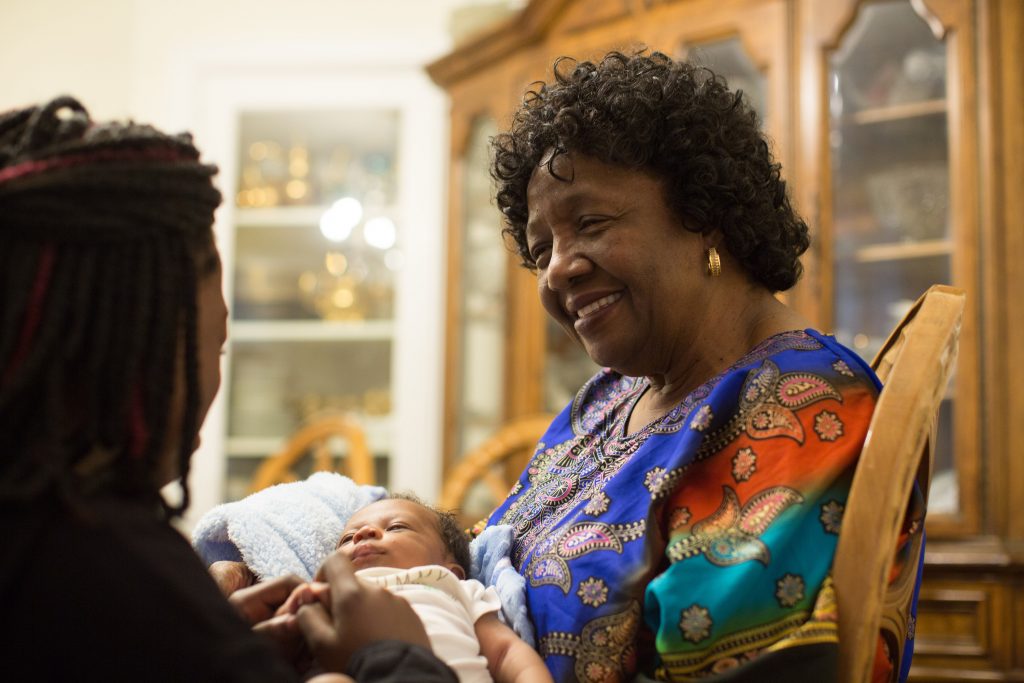 Sharonell Fulton, a foster parent in Philadelphia, is pictured with a young woman and child in a May 23, 2018, photo. The U.S. Supreme Court announced Feb. 24, 2020, that in its next term it will examine if the city of Philadelphia can exclude a Catholic social services agency from the city’s foster care program because the agency will not accept same-sex couples as foster parents. The case is Fulton v. Philadelphia. (CNS photo/courtesy Becket Religious Liberty for All)

Catholic Social Services has contracted with the city on foster care since the late 1990s. Foster parents with the agency joined in the lawsuit against the city initially to seek an injunction to stop the city’s policy.

The case, Fulton v. Philadelphia, takes its name from Sharonell Fulton, a foster parent who joined in the lawsuit against the city along with another foster parent, Toni Simms-Busch.

“CSS has been a godsend to my family and so many like ours. I don’t think I could have gone through this process without an agency that shares my core beliefs and cares for my children accordingly,” said Simms-Busch in a Feb. 24 statement.

“We are so grateful that the Supreme Court has agreed to hear our case and sort out the mess that Philadelphia has created for so many vulnerable foster children,” she added.

In the initial lawsuit against Catholic Social Services, the city’s Department of Human Services investigated if the agency refused to place foster children in LGBT households, even though over the course of its decades-long partnership with the city, neither the agency nor the Philadelphia Human Relations Commission ever received a complaint that LGBT individuals were denied placement of a foster child due to the Catholic agency’s actions.

“I’m relieved to hear that the Supreme Court will weigh in on faith-based adoption and foster care,” said Lori Windham, senior counsel at Becket. “Over the last few years, agencies have been closing their doors across the country, and all the while children are pouring into the system. We are confident that the court will realize that the best solution is the one that has worked in Philadelphia for a century — all hands on deck for foster kids.”

A lawyer representing Philadelphia also issued a statement after the Supreme Court’s announcement, saying the city would demonstrate to the nation’s highest court that the appeals court ruling “affirming the city’s ability to uphold nondiscrimination policies was correct.”

Marcel Pratt, city solicitor, said this case is “ultimately about serving the youth in our care, and the best way to do that is by upholding our sincere commitment to the dignity of all people, including our LGBTQ community.”

He also said the city of Philadelphia is proud of its “long-standing commitment to supporting freedom of religion and preserving equal access to services for all people — regardless of their race, national origin, religion, age, sex, disability, sexual orientation or gender identity.”

The case is already gaining attention months before oral arguments, which could be in October.

Leslie Cooper, deputy director of the ACLU LGBT and HIV Project, said the case could have “profound consequences for the more than 400,000 children in foster care across the country. We already have a severe shortage of foster families willing and able to open their hearts and homes to these children.”

“Allowing foster care agencies to exclude qualified families based on religious requirements that have nothing to do with the ability to care for a child such as their sexual orientation or faith would make it even worse,” she added.

Andrea Picciotti-Bayer, legal adviser for the Catholic Association, a group that defends the Church and religious liberty, conversely said: “Faith-based groups shouldn’t be forced to abandon their deeply held religious and moral convictions in order to serve children in desperate need.”

She said the court’s decision to review Philadelphia’s “intolerant and discriminatory action against the Catholic Social Services foster care program is a welcome first step toward reopening doors to loving and stable foster homes.”