VATICAN CITY (CNS) — Defending life is not an abstract concept but a duty for all Christians and it means protecting the unborn, the poor, the sick, the unemployed and migrants, Pope Francis said.

Even though humanity is living in “the age of universal human rights,” it continues to face “new threats and new slaveries” as well as legislation that “is not always in place to protect the weakest and most vulnerable human life,” the pope said March 25 during a live broadcast of his weekly general audience from the library of the Apostolic Palace.

“Every human being is called by God to enjoy the fullness of life,” he said. And because all human beings are “entrusted to the maternal care of the Church, every threat to human dignity and life cannot fail to be felt in her heart, in her maternal ‘womb.'” 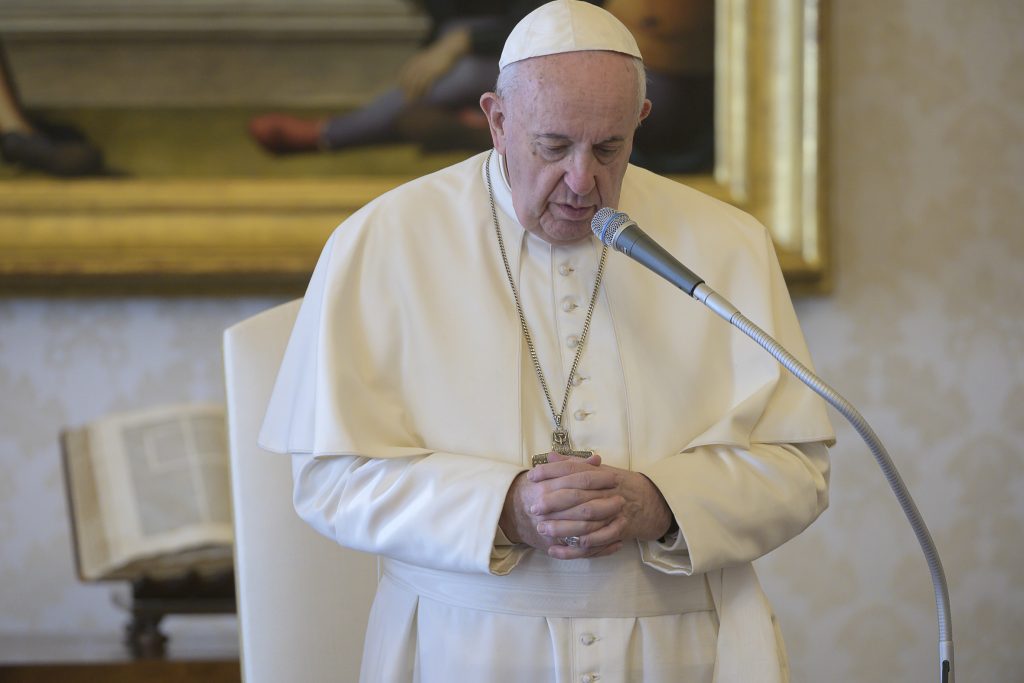 Pope Francis speaks during his general audience as it is livestreamed from the library of the Apostolic Palace at the Vatican March 25, 2020. (CNS photo/Vatican Media)

In his main talk, the pope reflected on the feast of the Annunciation as well as the 25th anniversary of “Evangelium Vitae” (“The Gospel of Life”), St. John Paul’s 1995 encyclical on the dignity and sacredness of all human life.

The pope said the Annunciation, in which the angel Gabriel told Mary that she would become the mother of God, and “Evangelium Vitae” share a “close and profound” link, which is relevant now more than ever “in the context of a pandemic that threatens human life and the world economy.”

The coronavirus pandemic “makes the words with which the encyclical begins feel even more challenging,” he said, quoting: “‘The Gospel of life is at the heart of Jesus’ message. Lovingly received day after day by the Church, it is to be preached with dauntless fidelity as good news to the people of every age and culture.'” 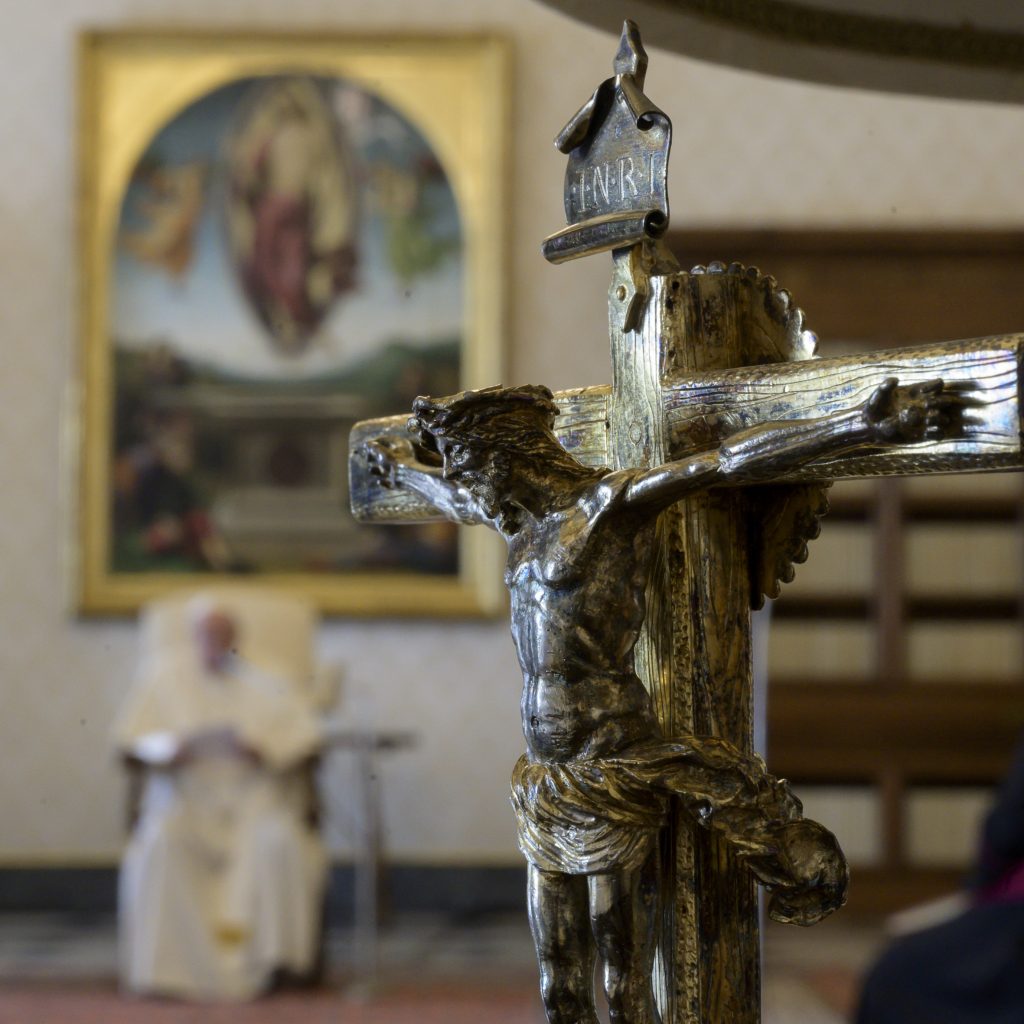 Pope Francis speaks during his general audience as it is livestreamed from the library of the Apostolic Palace at the Vatican March 25, 2020. (CNS photo/Vatican Media)

Praising the “silent witness” of men and women who serve the sick, the elderly, the lonely and forgotten, the pope said that those who give witness to the Gospel are “like Mary who, having accepted the angel’s proclamation, went to help her cousin Elizabeth who needed it.”

St. John Paul’s encyclical on the dignity of human life, he added, is “timelier than ever” not only in its defense of life but also in its call to pass on “an attitude of solidarity, care and acceptance” to future generations.

The culture of life is “not the exclusive patrimony of Christians, but belongs to all those who, working to build fraternal relationships, recognize the value of each person, even when he or she is fragile and suffering,” the pope said.

Pope Francis said that “every human life, unique and one-of-a-kind, is priceless. This must always be proclaimed anew, with the ‘parrhesia’ (‘boldness’) of the word and the courage of actions.”

“Therefore, with St. John Paul II, I reaffirm with renewed conviction the appeal he addressed to everyone 25 years ago: ‘Respect, defend, love and serve life, every life, every human life! Only on this path will you find justice, development, freedom, peace and happiness!'” the pope said.