Reciting the Angelus from the library of the Apostolic Palace, the pope made no mention of the sciatica pain that had forced him to miss an evening prayer service Dec. 31 and the morning Mass Jan. 1 for the feast of Mary, Mother of God.

With Italy on a severe lockdown to slow the spread of the coronavirus pandemic over the holidays and with rain falling on a mostly empty St. Peter’s Square, the pope livestreamed his Angelus address and prayer from inside the library. 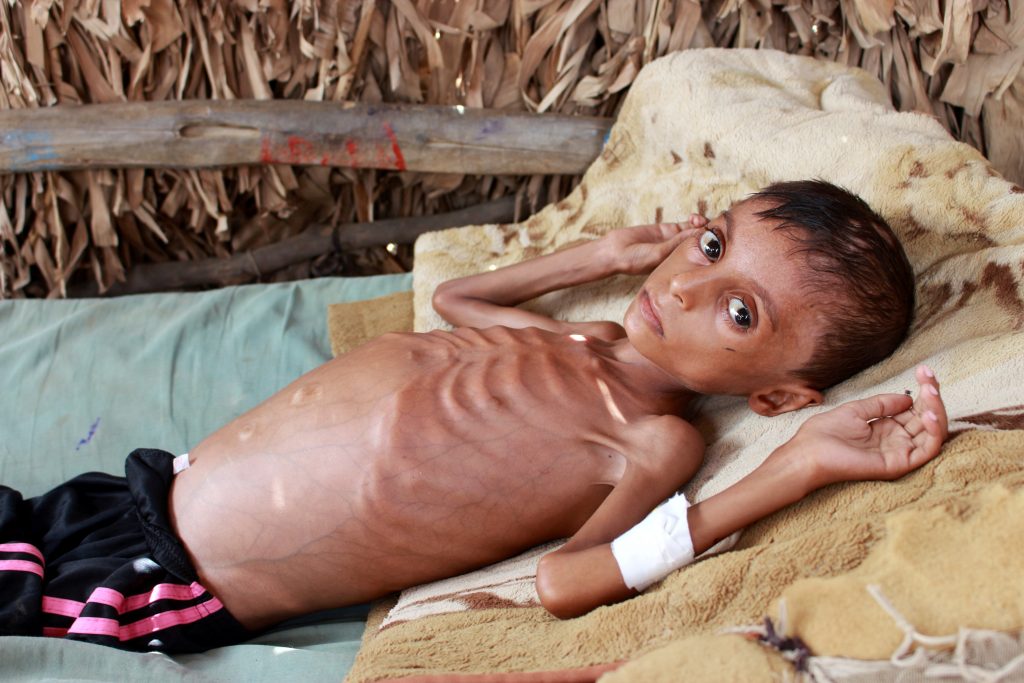 CNS photo/Eissa Alragehi, Reuters
A malnourished boy poses for a photo in his village of Abs, Yemen, July 17. During his Jan. 1 Angelus, Pope Francis offered prayers for the people of war-torn Yemen, especially the nation’s children, left without education and often without food by years of civil war.

Highlighting the connection between the feast of Mary, Mother of God, and World Peace Day, Pope Francis prayed that Mary, “who gave birth to the Prince of Peace and cuddled him with such tenderness in her arms, obtain for us from heaven the precious gift of peace, which cannot be fully pursued with human strength alone.”

“Human efforts alone are not enough,” he repeated, “because peace is above all a gift — a gift from God to be implored with incessant prayer, sustained with patient and respectful dialogue, constructed with an open collaboration with truth and justice and always attentive to the legitimate aspirations of individuals and peoples.”

Peace, he insisted, is a gift that requires a human response and human effort.

“Each of us, men and women of this time — each person — is called to make peace happen each day and in every place we live, taking by the hand those brothers and sisters who need a comforting word, a tender gesture, supportive help,” he said. “This is a task God gives us; the Lord gives us the task of being peacemakers.”

Pope Francis prayed that 2021 would be a time of “human and spiritual growth, that it be a time in which hatred and divisions — and they are many — are resolved, that it be a time to build and not to destroy, to take care of each other and of creation.” 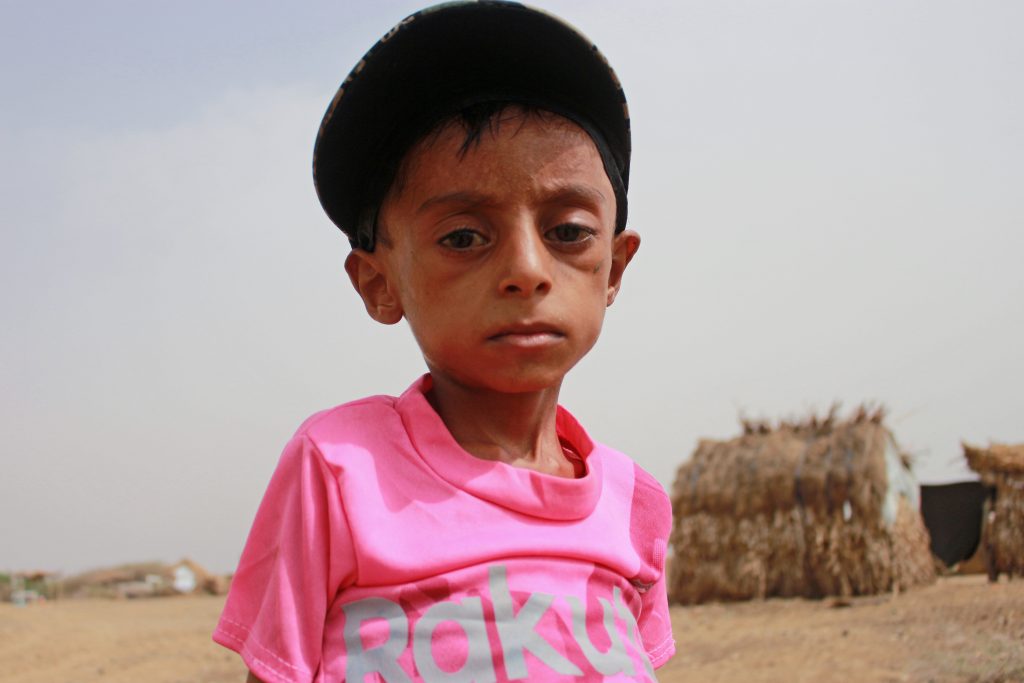 A malnourished boy poses for a photo in his village of Abs, Yemen, July 17, 2020. During his Jan. 1 Angelus, Pope Francis offered prayers for the people of war-torn Yemen, especially the nation’s children left without education and often without food by years of civil war. (CNS photo/Eissa Alragehi, Reuters)

The past year, with so much suffering and death because of COVID-19, “taught us how much it is necessary to take an interest in others’ problems and to share their concerns,” he said.

One place that should raise particular concern and many prayers, he said, is Yemen where 25 people were killed and more than 100 injured Dec. 30 when a bomb exploded at the airport in Aden as members of the country’s new Cabinet were arriving.

After nine years of war in the country, Pope Francis prayed for “peace for that martyred population.”

“Brothers and sisters,” he said, “think about the children of Yemen! They are without education, without medicine, starving. Let us pray for Yemen.”

Pope Francis also led prayers for Auxiliary Bishop Moses Chikwe of Owerri, Nigeria, and his driver, who were kidnapped Dec. 27.

Late Dec. 28 reports began circulating on social media in Nigeria that the bishop had been killed. However, the archdiocese issued a statement saying, “This information is unconfirmed, misleading and does not come from the Catholic Archdiocese of Owerri.”

“We continue to appeal that all join the archbishop in prayers for the release of Bishop Chikwe and Mr. Nduduisi Robert, his driver,” the archdiocese said. The bishop was released Jan. 1, along with the driver.