You formed my inmost being. You knit me together in my mother’s womb. I praise you, because I am wonderfully made. Wonderful are your works. My very self you know. – Psalm 139

The holy ministry of accompaniment should be at the heart of the encounters parishes and schools in the Diocese of Fort Wayne-South Bend have with young people who are struggling with questions related to gender dysphoria and same-sex attraction, said Bishop Kevin C. Rhoades at a gathering of youth leaders, pastoral ministers, schoolteachers, directors of religious education and catechists in July.

College, high school and even grade school students are wrestling with how to interpret the modern acceptance of gender fluidity and how to model God’s love to those experiencing gender confusion, the bishop said to those present. The Church, through those who minister in it, should model God’s love by showing, and acting with, respect for the inherent dignity of all His children in the way they relate to others while upholding the truths of Christian anthropology.

Guidelines and policies for providing a welcoming environment and supporting young people who experience gender confusion or same-sex attraction were established by the diocese in 2018. Many of the recommendations for compassionately accompanying youths in these situations apply to adults as well and have been in large part included in a pair of documents soon to be presented to the U.S. Conference of Catholic Bishops by the Committee on Doctrine, which Bishop Rhoades leads. Bishop Rhoades’ address included material from drafts of the upcoming document.

The anthropology behind what the Church believes and teaches about gender dysphoria, same-sex attraction and those influenced by gender ideology was shared by the bishop at length during the day of discussion and reflection at Sacred Heart School, Warsaw. He began with a reminder that humanity occupies a unique place in creation, because the human person is made in the image and likeness of God.

“Human beings have the dignity of being persons with the capacity for self-knowledge; self-knowledge, as well as the gift of freedom,” he said.

The gift of man’s creation is unique in uniting the spiritual and material worlds, he continued. The human person is created as a unity of soul and body, “not a soul in a body. Both of the principles of this unity, the body and soul, are essential elements of the one human person.”

The bishop quoted the teaching of the Second Vatican Council: that “Women and men may not, therefore, despise their bodily life, but on the contrary, are bound to consider the body created by God, and to be raised on the last day as good and worthy of honor.”

This issue of the unity of soul and body is important when considering the issue of gender dysphoria, he noted, because of the common description of what gender dysphoria feels like: being “in the wrong body.”

“While this language may be used to express a person’s experience of gender dysphoria, it should not be taken as a medically or anthropologically accurate description of reality … since the human person is a composite unity of body and soul. The soul is the form of the body. A soul cannot be in the wrong body.”

“Christian anthropology holds that in the gift of our creation, not only were our bodies knitted in our mothers’ wombs, as we read in Scripture, but God made those bodies as either male or female — a distinction based on their respective roles in procreation. We receive life in a body that is either male or female. And our identity as a man or woman is not something self-determined. Rather, it belongs to the given order of creation. So, we must accept our bodies as God’s gift.” 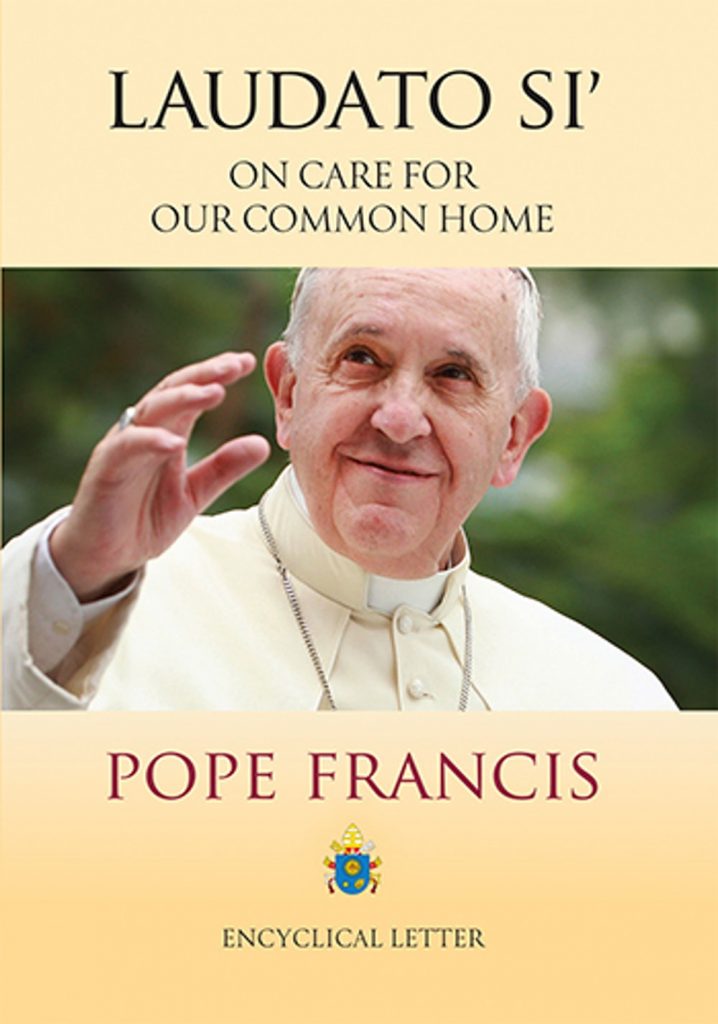 Quoting Laudato Si’, Pope Francis’ encyclical on the environment, he continued: “ ‘The acceptance of our bodies as God’s gift is vital for welcoming and accepting the entire world as a gift from the Father and our common home. Whereas thinking that we enjoy absolute power over our own bodies turns often, subtly, into thinking we enjoy absolute power over creation. Learning to accept our body, to care for it, and to respect its fullest meaning, is an essential element of any genuine human ecology.’” Pope Francis goes on to point out that acceptance of the body includes acceptance of the body’s sex as either male or female.

The final point of Christian anthropology, the bishop said, is that men and women were both made for friendship with the Creator.

“Humans are unique in all of creation because God has invited us to participate in His very life, the ultimate and best gift of all. What has been granted is the gift of friendship with the Creator. God has ‘bestowed on us the precious and very great promises, so that through them we may come to share in the divine nature’ (1 Peter 1:4) … and it’s toward this end, our union with God, that each human person was created.”

Some people experience a significant incongruence between the evident sex of their bodies and their perception of themselves as a man or woman, the bishop said. To be faithful to her mission, the Church reaches out to those who find it difficult to identify with their given sex because “we know that every human person including every person who experiences gender dysphoria, is loved by God and offered redemption in Christ.”

In recent years, rapid-onset gender dysphoria has become more common, mostly in teenagers or young adults – possibly a causal effect of gender ideology, which is the view that a person’s gender is not grounded in one’s actual sex.

“This is basically a new philosophy of sexuality. Pope Benedict addressed this,” he noted, quoting: ‘According to this philosophy, sex is no longer a given element of nature that man has to accept and personally make sense of. It is a social role that we choose for ourselves, while in the past it was chosen for us by society. The profound falsehood of this theory and of the anthropological revelation contained within it are obvious. People dispute the idea that they have a nature, given by their bodily identity, that serves as a defining element of the human being. They deny their nature and decide that it is not something previously given to them, but that they make it for themselves.’”

Pope Francis, following Pope Benedict, in his apostolic exhortation ‘Amoris Laetitia’ — ‘The Joy of Love’ — “ ‘warns against the various forms of an ideology of gender that denies the difference and reciprocity in nature of a man and a woman and envisages a society without sexual differences, thereby eliminating the anthropological basis of the family. This ideology leads to education programs and legislative enactments that promote a personal identity and emotional intimacy radically separated from the biological difference between male and female. Consequently, human identity becomes the choice of the individual – one which can also change over time.’”

Bishop Rhoades stressed that the Church cannot accept theories about the human person that separate one’s sexual identity from biological sex. The Church has consistently taught that human nature must be respected and not manipulated at will.

How marriage is affected

Christians understand marriage as a unique and revered social institution that recognizes a lifelong, exclusive union between a woman and a man, the bishop said. “This union achieves the two-fold purpose of marriage: The good of the spouses themselves and the transmission of life. Neither of these two can be separated from the definition of marriage without altering the very identity and function of marriage and harming the common good.”

In defining marriage as between any two persons, one of the two values of marriage is interrupted – the transmission of life.

“The very nature of the human bodies and the conjugal act are designed for this purpose. And a child has the right to be the fruit of this specific act, of the conjugal love of his or her parents.”

In rejecting alternate definitions of marriage, definitions other than that of being between a woman and a man, the Church is not rejecting people, he emphasized: Pope Francis and prior popes have been very clear that the Church makes her own the attitude of the Lord Jesus, who offers His boundless love to each person, without exception.

The fundamental dignity of all persons

Catholics are obligated to reach out to every person with the love of Jesus Christ and to speak with kindness, the bishop emphasized, because “every person has a fundamental dignity given to them by God.”

“This dignity is not defined by one’s sexuality or any other identity, it’s just being human,” he said. “We believe that every one of us has been created in God’s image and likeness and created for eternal life with God, participation in the life of the Trinity. We have the same nature, the same origin, we’ve all been redeemed by the sacrifice of Jesus.”

The role of the schools and parishes of the diocese is to help one another in the process of conversion to a deep and active faith. The beautiful message of the good news of Jesus should be the motivation to accompany young people as they navigate these issues, he said.

Children in Catholic schools and religion classes are particularly in need of compassion and loving support, carried out in cooperation with the parents. “It’s kind of how Jesus accompanied, by loving the person,” he said. The mission of catechists and teachers should be to provide good instruction on Christian anthropology so they can give reasons for what the Church teaches — guiding, helping, praying and walking with people who are struggling and helping them to realize the beauty and truth of the teachings, and how they will lead to fulfillment and joy.