FORT WAYNE — “Charity for the poor is like a living flame; the drier the fuel, the brighter it burns. In your service to the poor do not give only your hands but also your hearts. Charity, to be fruitful, must cost us.” These beautiful words of St. Teresa of Kolkata are the inspiration for a new medical mission that has been formed in Fort Wayne. 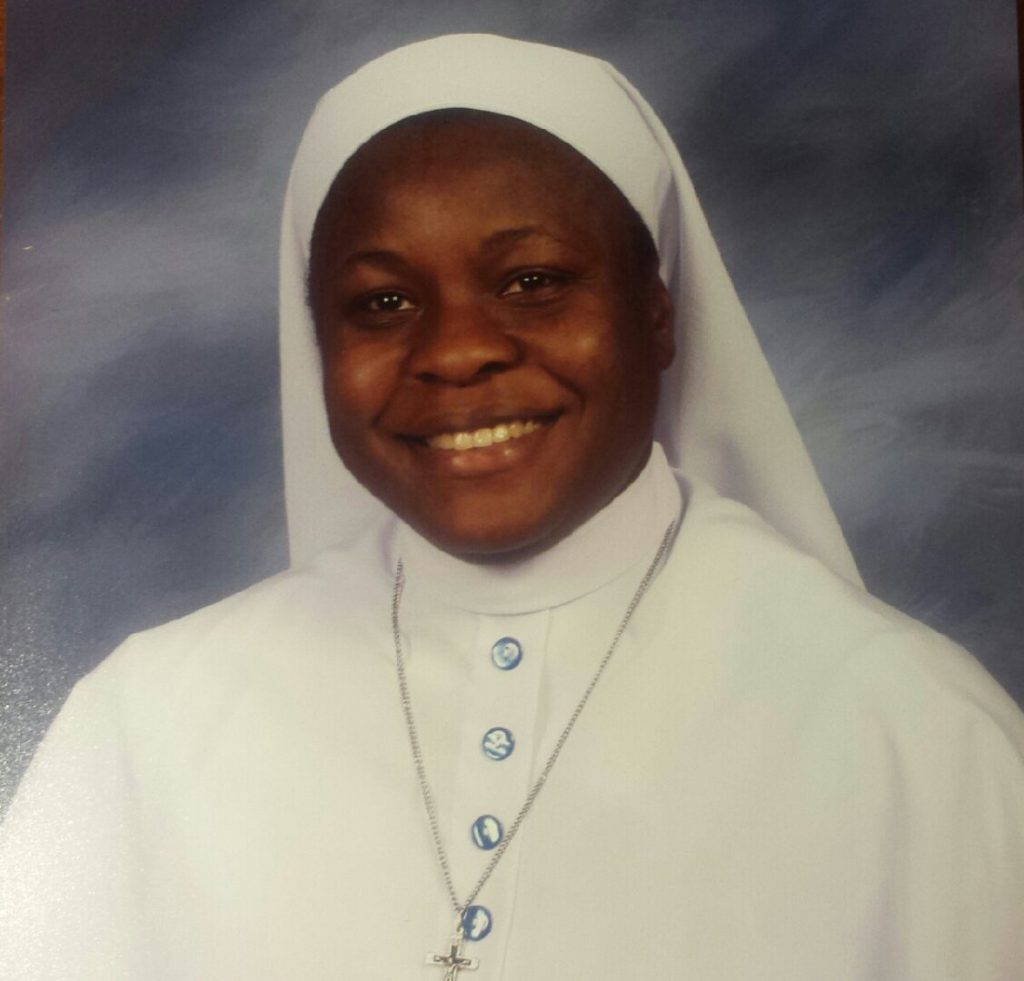 Sister M. Austin Terese Esotu of the Daughters of Mary, Mother of Mercy, is putting together a team of volunteers from the Diocese of Fort Wayne-South Bend to serve the poorest of the poor via a nonprofit organization that provides medical assistance and food to those dying from malnutrition and lack of medical care in her home country of Nigeria. — Provided by Nancy Torkeo

For several years, Sister M. Austin Terese Esotu felt she was being called to form a nonprofit organization to serve the poorest of the poor by providing medical assistance and food. Sister Austin is from Nigeria, where she lived among the poor and saw the need to help those who were dying from malnutrition and lack of medical care. She belongs to the Daughters of Mary, Mother of Mercy, and came to Fort Wayne when Bishop John M. D’Arcy requested that Mother Superior Mary Paul Offiah send several sisters to help in the Diocese of Fort Wayne-South Bend.

When she was young, in the fifth grade, Sister Austin had been invited by some sisters of the order to spend a weekend at their local convent. Many of the sisters were good friends of her family, and this began her journey to become a member of the Daughters of Mary. She lived with the sisters from that weekend on and joined the congregation after graduating from high school.

Mother Mary Paul saw a great need to help the poor who were unable to receive or afford medical services and wanted a hospital to care for those in rural areas. She took it upon herself to care for the handicapped, the sick, the poor and abandoned children. “Mother Mary Paul is the Mother Teresa of Nigeria,” said Sister Austin. “She would never say no to anyone.”

Unfortunately, Mother Mary Paul was diagnosed with terminal brain cancer and was unable to continue her mission. Before she passed away in 2006, she asked Sister Austin to carry on her work and see that a hospital was built to take care of the poor. Mother Mary Paul also hoped to build a home where physically and mentally challenged children could live; often, these children are abandoned because of their disabilities.

In 2016 Sister Austin’s father provided land and built a hospital for those who could not pay for medical help. The hospital was named after Mother Mary Paul. In August 2018, Sister Austin, who is a nurse practitioner, felt God was calling her to form Divine Healer Medical Mission to continue the work of Mother Mary Paul in Nigeria.

The purpose of Divine Healer Medical Mission is near to the heart of Bishop Kevin C. Rhoades. That purpose is to share God’s love, compassion and healing power by improving health care for the poorest of the poor and providing aid to physically and mentally challenged children around the world. The first of two medical trips to provide this aid will be to rural Nigeria, where the Mother Paul Memorial Hospital is located. The trip is scheduled for March 20-30, with a second trip planned for October.

The vision of Divine Healer Medical Mission is to establish and support health clinics in rural areas throughout the world that focus on preventative health care and treat illnesses. An additional goal is to establish food pantries and distribute food to low-income families and senior citizens. “Sometimes people come to the hospital for medical help, but the problem is they are malnourished,” said Sister Austin. A pantry was created at the hospital for needy people to receive food once a month, but more help is needed.

There is an ongoing need for medical and nonmedical volunteers for these and future trips. Donations are also needed to pay for medical supplies and to supply the food pantries. Anyone who may be interested in assisting in one way or another should contact Sister Austin at 260-312-4557 or Nancy Torkeo at 260-402-4263. More information is also available at www.divinehealer.org.

It is the hope of Divine Healer to make the medical missions an ongoing Fort Wayne project. Sister Austin said she and her support team would hope to see the members of the community get involved with volunteering for the mission trips and helping to raise money to buy medical supplies and food for the pantries. It is exciting, they feel, to have a Catholic medical mission located in Fort Wayne, and their hope is that together, local Catholics will make a wonderful impact throughout the world.