In 1920, in the small town called Logansport, two little girls were born. Today, when asked who is older, Anna Marie Brough’s hand shoots straight up. With a smile on her face, she proudly states, “I am, by four months.” Brough was born on May 27 and Mary Catherine Craighead was born on Sept. 6. A hundred years later the ladies remain friends, connected in part by their Fort Wayne parish.

The ladies have been active parishioners at St. Joseph for decades. The parish, ironically, bears the same name as the school they attended together as children in Logansport. The similarities in their lives do not end there, however. 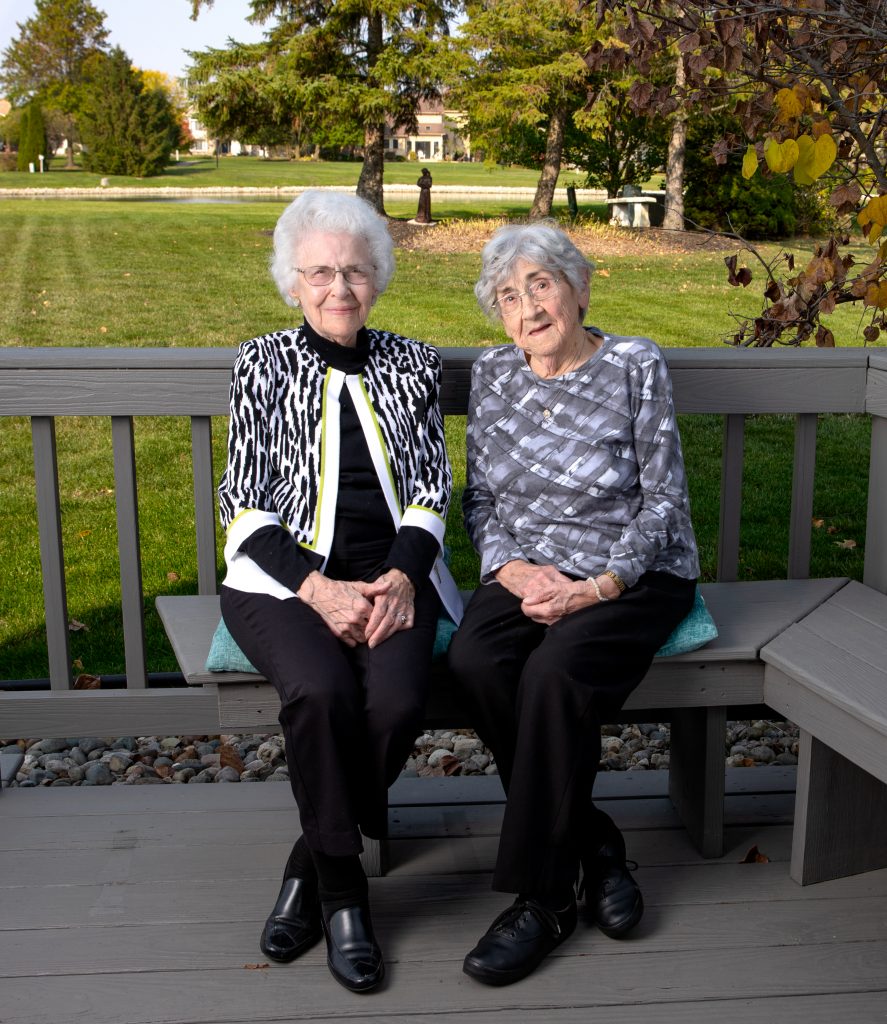 Both of them lost their fathers at a very young age. Brough’s father died from the Spanish flu three months before she was born; Craighead’s father died from a ruptured appendix when she was in the fifth grade. It was the height of the Great Depression and Craighead’s mother was unable to care for four children on her own, so Craighead was sent to St. Vincent Villa Children’s Home in Fort Wayne. The two girls wept, so saddened were they by what seemed to be a permanent separation and an end to their friendship. But that was not the case.

From the age of 10 on, Craighead lived at the children’s home. “She wanted to stay there forever,” daughter Charlene Anderson said. “Her mom never became financially stable.” The priests and sisters who ran the orphanage inspired Craighead in her Catholic faith to the point that Anderson stated, “she could have been a nun.”

Instead, she got married. Her husband had been raised Protestant but converted to the Catholic faith under Craighead’s influence. He was killed in World War II. She remarried, to Robert Craighead, and went on to have eight children with him.

Little did Craighead know that her childhood friend had also married a man named Robert and had moved to Fort Wayne, eventually having six of her own children. A coincidence brought the two now-grown women back together in 1953.

“A neighbor to my mom knew Anna Marie, and they both needed to get their children registered for school,” Anderson shared. Since Craighead owned a car, “and since she had to drive my brother to get registered, Mom volunteered to drive her to register her daughter. From the moment Anna Marie got in the car, she recognized her.”

It turns out the two had settled down within a mile of each other on what was then the outskirts of Fort Wayne, in the area of Getz and Illinois roads. “We could walk to their house,” Anderson recalled. “Back in those days, there wasn’t as much out there. It was old country roads back then.”

Their friendship rekindled, the Brough and Craighead families grew close throughout the years, sharing joyous occasions as well as commiserating during difficult times.

“We carpooled to high school,” Anderson remembered. Her older sister was best friends with one of Brough’s daughters, and the two were in high school and 4-H together. They remain friends as well. 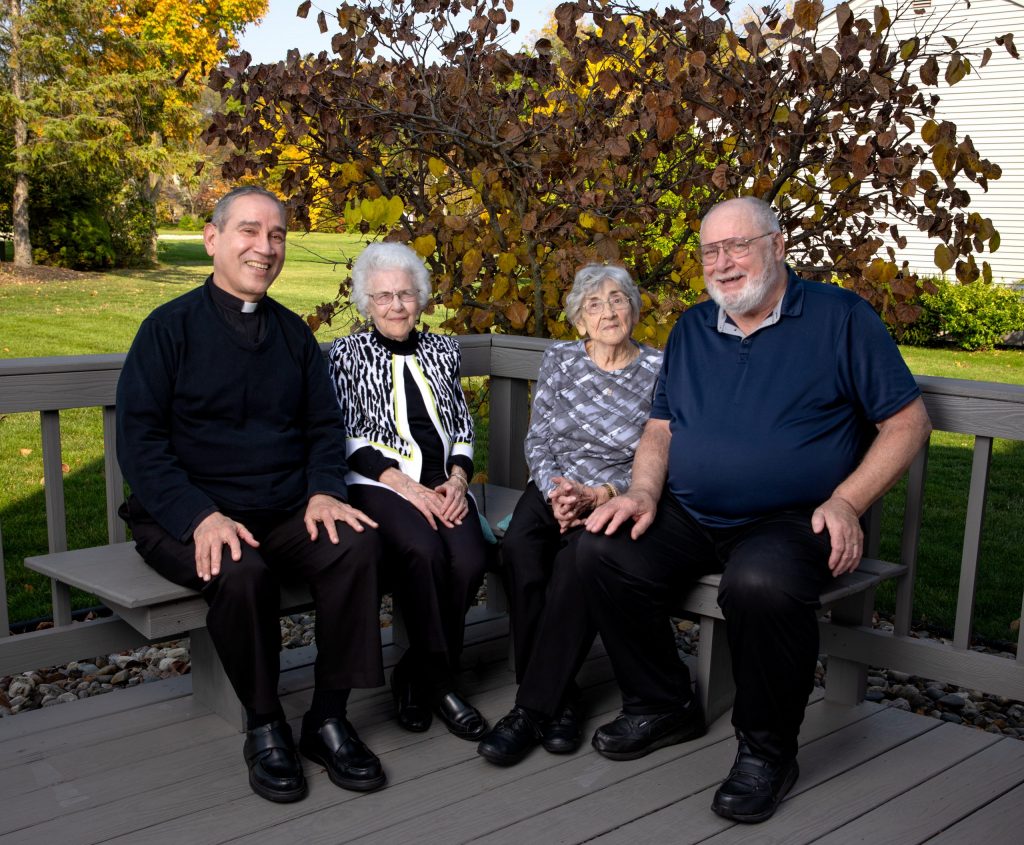 Provided by Tim Anderson
Anna Marie Brough, center left, and Mary Catherine Craighead were childhood friends in Logansport who were separated for several years but found each other again in Fort Wayne. They celebrated their 100th birthdays last year with Father Evaristo Olivera, left, and Father Timothy Wrozek, the current and former pastors of their parish, St. Joseph.

Brough and Craighead have attended St. Joseph for years, assisting with parish events and funeral luncheons. Craighead cared for the church’s plants and sewed altar cloths and vestments. Brough worked as parish secretary for a time and sang in the choir. When Brough’s husband passed away, Anderson said that “knowing people in church helped.”

Last year Craighead and Brough celebrated their 100th birthdays with friends and family, along with favorite priests from St. Joseph: Father Evaristo Olivera and former pastor Father Timothy Wrozek. Anderson said her mother was devastated when Father Wrozek was asked to pastor to Immaculate Conception in Auburn a few years ago.

Anderson is amazed by everything her mother has lived through in her long life and all the memories still locked inside her. “We try to get stories out of them,” Anderson stated. “I’ve even found out a few things just recently.”

Her mother’s strong faith set an example for all of her children. “Her faith is what kept her sanity. … It was what she pulled on to get by, to survive.”