It’s hard to believe that a young Andreas Widmer had no idea what to do with his life. But the former member of the papal Swiss Guard admitted that at one point, the idea of being a bodyguard sounded like an adventure to him.

“I was a searching young man,” said Widmer, who grew up in a small village in the mountains of Switzerland. After joining the Swiss army, he heard about an opportunity to go to Rome and guard the pope.

“They were looking for tall, strong guys, but faith was not a litmus test.” At 6 foot, 9 inches, the young soldier fit the profile. In the fall of 1986, he found himself training to protect Pope John Paul II. 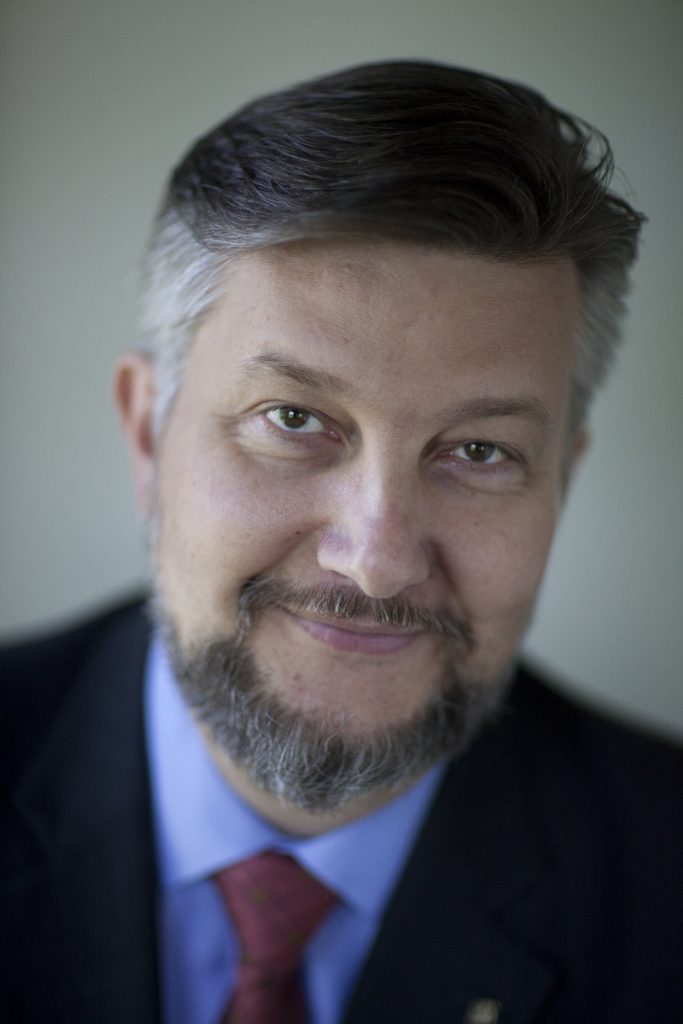 That post started Widmer on a path that led to an unexpected relationship with the pontiff over the next two years. He has chronicled their relationship in “The Pope & The CEO: Pope Saint John Paul II’s Lessons to a Young Swiss Guard,” published by Emmaus Road Publishing.

Recalling his service at the Vatican and his interactions with the pontiff, Widmer calls St. John Paul II “the most fully human person I ever knew. He lived holiness.”

“If you’re there 24/7, you’re sort of the closest people to the pope — so he ministered to us. He started to notice insecurity and searching, and he reached out to me in a beautiful way.” 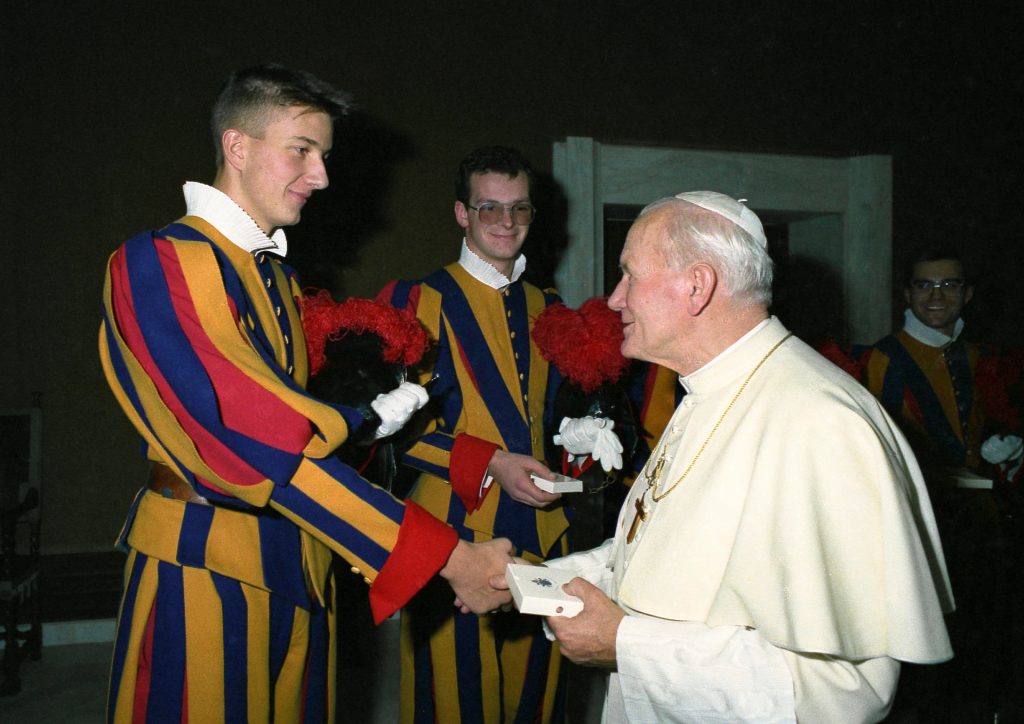 A former member of the Swiss Guard, Andreas Widmer is blessed by St. John Paul II as he leaves his service to the Vatican in 1988.

Those two years of faith formation, working beside and observing the pontiff, has helped bring faith into the work that Widmer has done over the last 30 years in international business strategy, consulting and economic development.

St. John Paul II once said when we work, we not only make more, but we become more. Widmer would add: “When we work, we imitate God. Work becomes our path to holiness. It’s such a sublime thought. What we do here has eternal consequences.”

The Servus Omnium Lecture series at the University of Saint Francis brings together concepts of business and philosophy in a message of service for everyone.