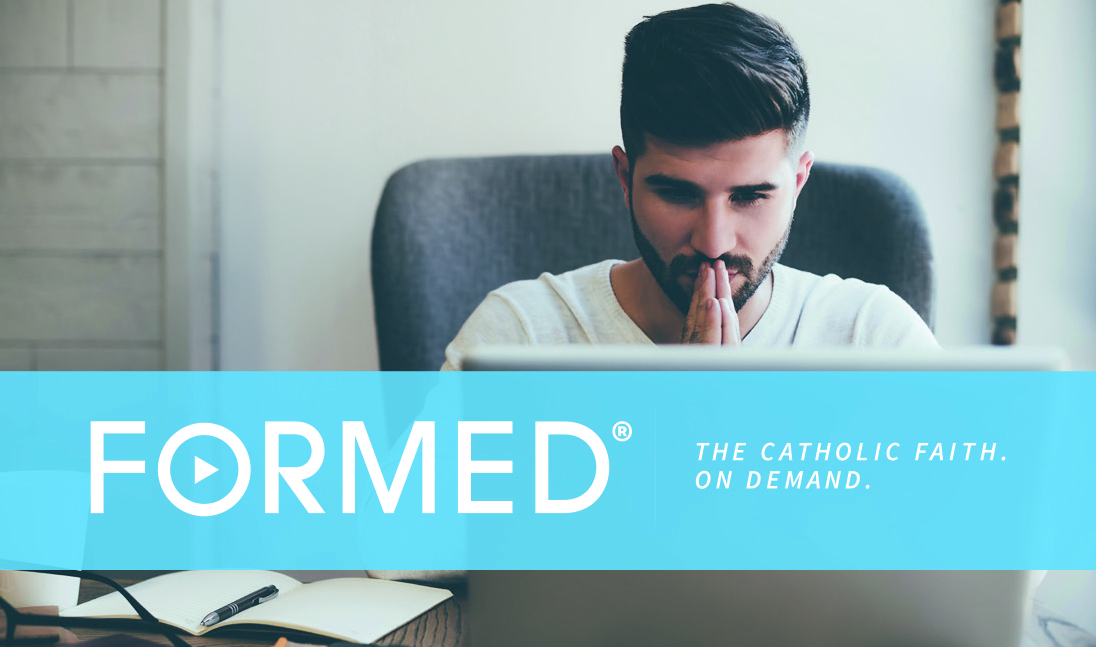 Living in the 21st century has made Catholics a digital people, whether they embrace and enjoy that truth or not. But instead of viewing technology as the antithesis of faith, that perspective can be reframed and used to form faith. That’s exactly what the leading thinkers of Augustine Institute had in mind when they created a unique, parish-based evangelization program called “Formed.”

Participating parishes receive an access code that they provide to all parishioners. Once on Formed.org, individuals have a plethora of resources at their fingertips that can aid in personal faith formation, group study, family prayer and even home catechesis. Because the Augustine Institute has merged with well-known Lighthouse Catholic Media, Formed users can access free Lighthouse CDs, which often include powerful conversion stories and informative studies on the theological aspects of the faith.

In addition to audio CDs, Formed offers free e-books for download in such genres as children’s, theology, prayer and devotion, practical living, parenting and inspirational. Spanish titles are also available with recent new additions. There are youth and adult fiction options as well: The Formed digital library serves a wide variety literary tastes.

While the above options are fantastic for individual or family use, Formed also offers sacramental preparation programs, documentaries and inspirational films, YDisciple, faith formation, and Bible studies — all can be tailor-made for parish programs that want to incorporate different media options into their group settings.

Debi Schoedel, administrative assistant of Our Lady of Good Hope in Fort Wayne, said that Formed has enriched parish life significantly since they launched the program. “I have people stop in all the time telling me the videos they watched, or the study they’re doing at home. I believe the upper grades of our school may have used some of the videos in class for sacrament prep or religion class, too.”

Our Lady of Good Hope maximizes the use of Formed by including weekly videos, e-books, audio files and programs for the saint or feast of the day in the bulletin. “You can stream the materials on your computer, smart phone, tablet or other device,” she added. “Most of the study programs have the leader and participant materials for download, so there’s no extra expense to participate other than printing the study materials.” She viewed this as an added benefit of the program.

To participate, parishes typically pay a reasonable fee and then allow their parishioners to access the program online or via the new Formed app, for free. This is yet another way Formed is accessible to everyone and truly a tool of evangelization that could reach an incalculable number of people for a very small investment.

Julia Thill, pastoral associate at St. Vincent de Paul in Fort Wayne, said that she’s noticing a very specific use of Formed in their parish. “I refer people going through RCIA to Formed for further enrichment,” she offered. “I try to provide the segment number that specifically covers the subject we discussed at our most recent meeting. It seems best when they are able to review these segments at home, so that they can take it all in.”

The Diocese of Fort Wayne-South Bend currently has 33 parishes enrolled in the Formed program. Mary Glowaski, Director of the Office of Evangelization, stated that “pastors and parish staffs were contacting us, asking for direction and resources specifically for adult formation and RCIA. It was the intention and hope that the diocese could provide up-to-date, engaging and accessible ways to offer the teachings of our church. One of the gifts of Formed is that there are many ‘points of entry’ for parish members. The resources are accessible to anyone at any time. Small faith communities can grow naturally.”

Glowaski believes that Formed is one of many modern tools of evangelization, because of the developers’ recognition for new methods of outreach. She said the program is a gentle, non-threatening way to invite Catholics who are on the fringe of their faith back without any sort of proselytizing or pressure. She also sees it as a way for lukewarm Catholics to feel invited to look deeper into the church privately, while having the option to take their questions to their pastor for further dialogue. “A person accessing Formed might even approach an RCIA director, a teacher, or simply a parishioner for deeper conversation,” Glowaski said. The beauty of Formed is that it has the potential to enrich the cradle Catholic who desires deeper meaning and understanding of her faith, the newly minted Catholic who recently joined the faith, the seeker who is drawn to the church and has many questions, or the lapsed Catholic who has been wounded and may need a more reserved, gentler approach to returning home.

The success of Formed throughout the world may be due to the myriad talents of contributors, whether they are writers of books featured on the site, or documentary film makers, historians, theologians or speakers who have converted or reverted to the Catholic faith. When the gifts of the Holy Spirit are used according to its call, Catholics can find themselves making an indelible impact in their own communities and beyond. That is the mission of Formed, and its fruits are blossoming within the Diocese of Fort Wayne as well.