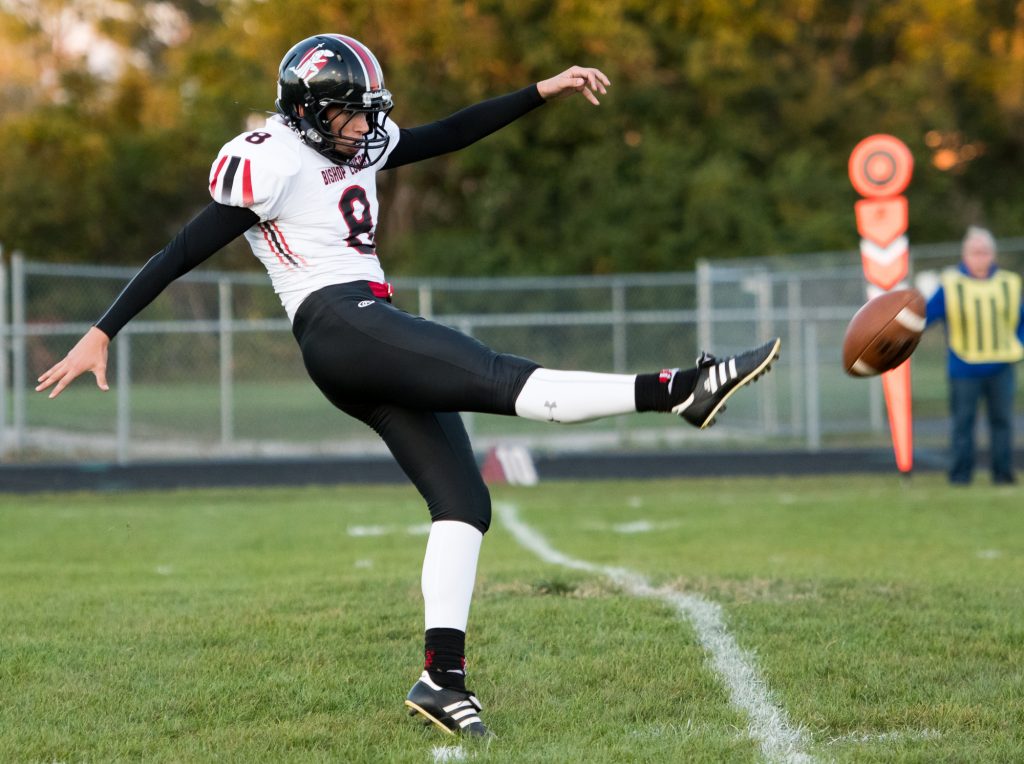 Sometimes there’s no question that something’s the right thing to do.

When Bishop Luers High School senior Peyton Howe saw a presentation for Kick-It, a worldwide program that raises money for cancer research, while at Kohl’s training camp for kickers, punters and long snappers over the summer, he had no reservations that volunteering to participate was the right thing to do.

“During the presentation he turned to my husband and silently indicated that he was going to volunteer for Kick-It,” Peyton’s mother, Becky Howe, explained.

The Fort Wayne student had always admired professional football players who support childhood cancer research, and he quickly recognized that Kick-It provided an option for him to do the same.

“I always thought highly of the NFL’s philanthropic initiatives for finding a cure for cancer, in particular childhood cancer,” Peyton said. “So when I saw the opportunity to volunteer for Kick-It, I got excited.” 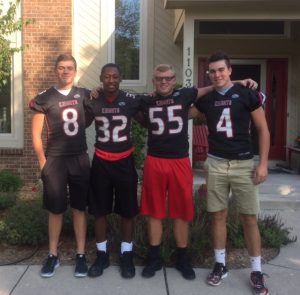 Kick-It raises funds for child cancer research through pledges made for its volunteers’ successful field goal and point-after attempts. Supporters pledge to give a certain amount per point made during game time from these types of kicks. The organization was inspired by Quinn Clarke, a child who, during his second battle with cancer, coordinated a kickball game as a fundraiser for cancer research.

“Peyton does not think of himself as a leader,” Becky said. “He just said that he’d do something.”

But certainly the humility that shines through Peyton’s outlook on his involvement with Kick-It is, in fact, a significant leadership quality. It’s also what provides further evidence of Peyton’s heroism.

Becky describes her son as an “every-day-kind-of a hero;” “not a grand-gesture-kind-of guy;” and as “someone who grinds away at the hard things in life, makes no excuses, and says ‘yes’ when he feels called by God to do so.”

Bishop Luers’ football program has been very involved in Peyton’s efforts. So far the varsity football team has visited Lutheran Children’s Hospital in Fort Wayne twice as part of the Kick-It project.

“My teammates are very supportive and totally willing to help,” Peyton said. “The whole school really has been supportive.”

He and his teammates are driven by the fact that their field goal and point-after attempts could quite literally save a child’s life.

“I love knowing that my team and I could potentially be doing more than just scoring touchdowns,” he said. “The game means more to us now because points are more than points. It’s the possibility of saving lives.”

Peyton, who is also a Knight for Life and Sodalitas leader, said that his Catholic education played a role in his initiative to participate in Kick-It.

“My Catholic education influenced me to give back because, in the Catholic faith, we learn that giving back is how we can glorify God,” he explained. “I would like to glorify God to the best of my abilities and I felt this (Kick-It) would be a great way to do that.”

There’s been another major influence on Peyton’s willingness to give back: the active role models right in his home.

“My husband Rob is a man of action,” Becky said. “I believe that his example of doing has had an impact on Peyton developing a can-do attitude. We have together tried to instill in Peyton a sense of courage regarding speaking out and standing strong for what he believes is right.”

Additionally, cancer has hit close to home. The Howes have lost five relatives to cancer and one of Peyton’s uncles is currently battling the disease.

“(Peyton) knows what it feels like to lose someone close to him,” Becky said.

To the children he’s helping, Peyton says “stay strong,” as “there are people out there who truly care … even if you don’t know their names.”

So far Peyton has raised nearly $6,000 for Kick-It. For more information on the program and to support Peyton’s efforts, visit www.kick-it.org/champ/2017/08/kick-it-with-peyton.