The Catholic community in Angola is mourning the loss of one of their friars, Father Wilfrid Logsdon, OFM, after his passing into the next life at the age of 89. Father Wilfrid spent the last years of his retirement at St. Anthony of Padua Parish and peacefully left this world on March 3. 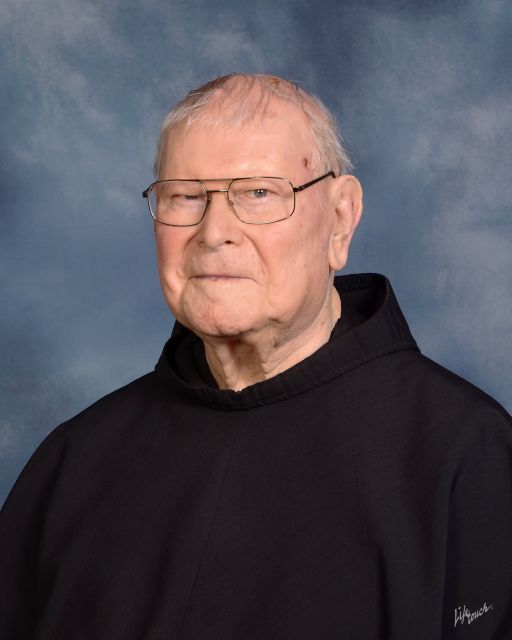 Father Logsdon was born outside of Carey, Ohio, in Salem Township on August 25, 1932. He was one of ten children – nine boys and one girl – of Wilfrid and Emma Logsdon, and given the name Clarence Wilfrid. Prior to entering the Conventual Franciscan Friars of the Province of Our Lady of Consolation, Father Logsdon studied at Mount St. Francis Pro-Seminary in Indiana. He professed his simple vows on July 5, 1951, and his solemn vows on July 11, 1955. He was ordained on Feb. 22, 1959, at the Cathedral of St. Paul in St. Paul, Minnesota.

Growing up on a farm, Father Logsdon was a large man. Patti Webster, office manager at St. Anthony of Padua described him as “a gentle giant. He was always at daily Mass, concelebrated daily Mass. He was wonderful to talk to, very friendly; would hear your confession anywhere.”

She recalled his visits to the parish office and his lighthearted mannerisms. He was a bit of a “jokester,” as Webster said, and had a good rapport with parishioners. He was known for his compassion and willingness to do the work of the Lord in all things. Though he was nearing 90, Webster stated that he still maintained his independence as much as possible, and had even gone to the hospital to anoint a parishioner from St. Paul Chapel a mere two days before he himself lost consciousness. 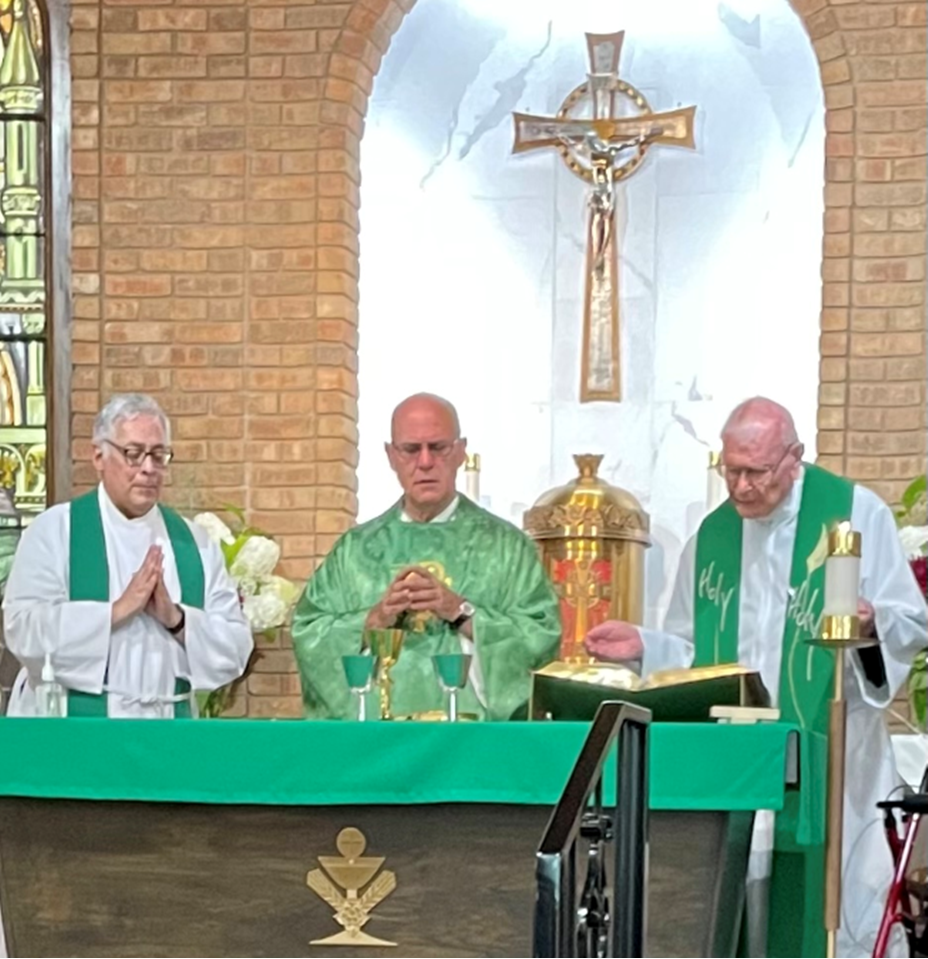 Father Logsdon served in Angola on three separate occasions; from 1950-1951 in his novitiate, from 1978-1988 as associate pastor and the designated vicar for St. Paul Chapel and from 2014 until this year, spending his retirement years in residence there. Throughout his priestly ministry, he also pastored parishes in Wisconsin, Illinois, Michigan, Kentucky and briefly in Nebraska, and served as a chaplain for hospitals and correctional facilities for a time. Twenty-one years of his life were spent outside of the Midwest, when he volunteered to become a missionary in the southern state of Georgia. “He allowed himself to become very much a southerner, at home with the people – although to the last, he refused to wear his baseball cap backwards!” said Father Bob Showers, OFM, pastor of St. Anthony of Padua.

He was also instrumental in aiding at least one young man in his discernment process when he served as pastor of a church in Waupun, Wisconsin. One day, a young parishioner approached him to say that he, too, wanted to become a Franciscan priest. That man was Father Showers. “When I was 14 years old, he inspired me to become a Franciscan like he was,” Father Showers stated.

The visitation for Father Logsdon was held at St. Anthony of Padua on Thursday, March 10, followed by requiem vespers. His funeral Mass was held on Saturday, March 12, at St. Anthony de Padua, with a second funeral Mass to be held closer to his birthplace at the Basilica and National Shrine of Our Lady of Consolation in Carey, Ohio on March 26.