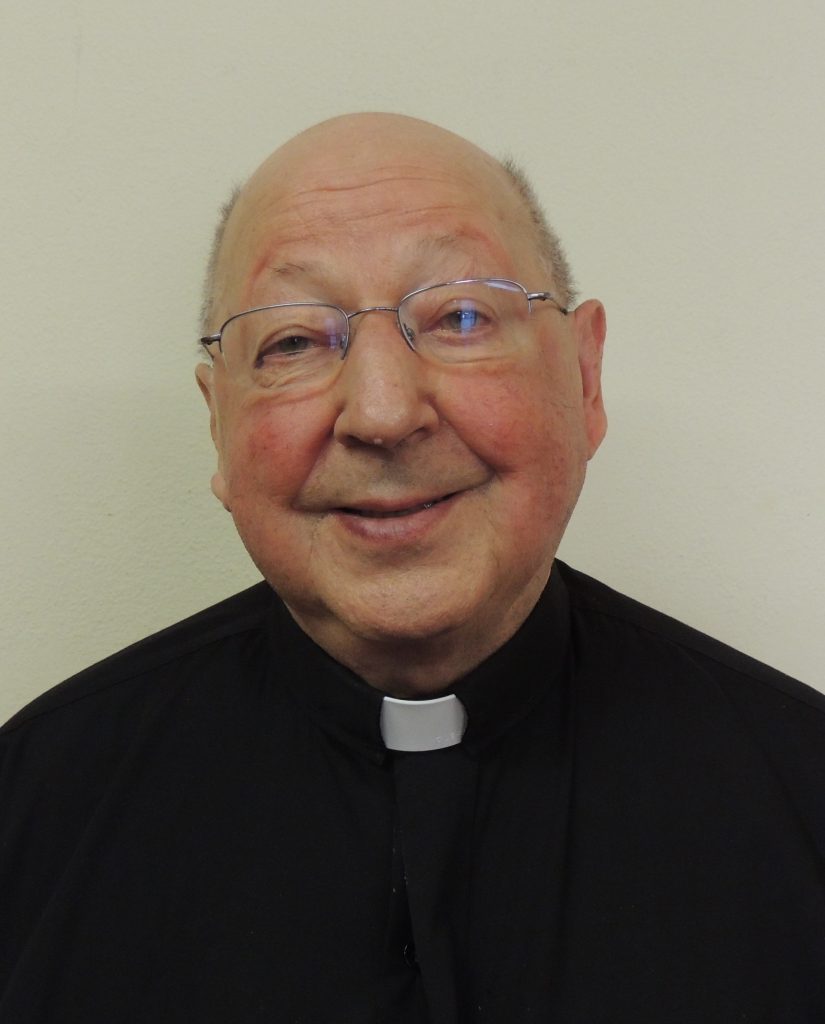 The South Bend parishes of St. Hedwig, Corpus Christi and Holy Family, along with the faith community of Saint Joseph High School, are mourning this week the passing of priest and friend Father Camillo Tirabassi. Father Tirabassi was received into eternal life July 10 following a decline in health and a stroke.

He was born Feb. 25, 1931, the youngest of Camilo and Angelica Tirabassi’s six children. Father Tirabassi grew up a parishioner at Holy Redeemer Parish in Cleveland, Ohio. After graduation from Holy Redeemer Grade School in Cleveland and Brunnerdale Seminary High School in Canton, Ohio, he attended college at Our Lady of the Lake Seminary in Syracuse, Indiana. He completed his formation for the priesthood at Mount St. Mary’s Seminary in Norwood, Ohio, and was ordained a priest of the Diocese of Fort Wayne-South Bend May 30, 1959, by Bishop Leo A. Pursley at the Cathedral of the Immaculate Conception, Fort Wayne.

In June 1959 the bishop appointed Father Tirabassi chaplain of a Catholic Youth Organization summer camp that took place annually on Lake Wawasee. Later that summer he was asked to assume a pastoral leadership position at St. Joseph Parish, Fort Wayne.

In 1969 he was appointed the Fort Wayne Deanery Moderator of CYO. September of 1972 brought assignment to pastor St. John Bosco Parish in Churubusco and Immaculate Conception Missions Church in Ege. Five and a half years later, he was welcomed as pastor of Queen of Peace Parish, Mishawaka.

For 31 years he celebrated Mass for the students at Saint Joseph High School, and for several years for the Sisters of Saint Francis of Perpetual Adoration as well. 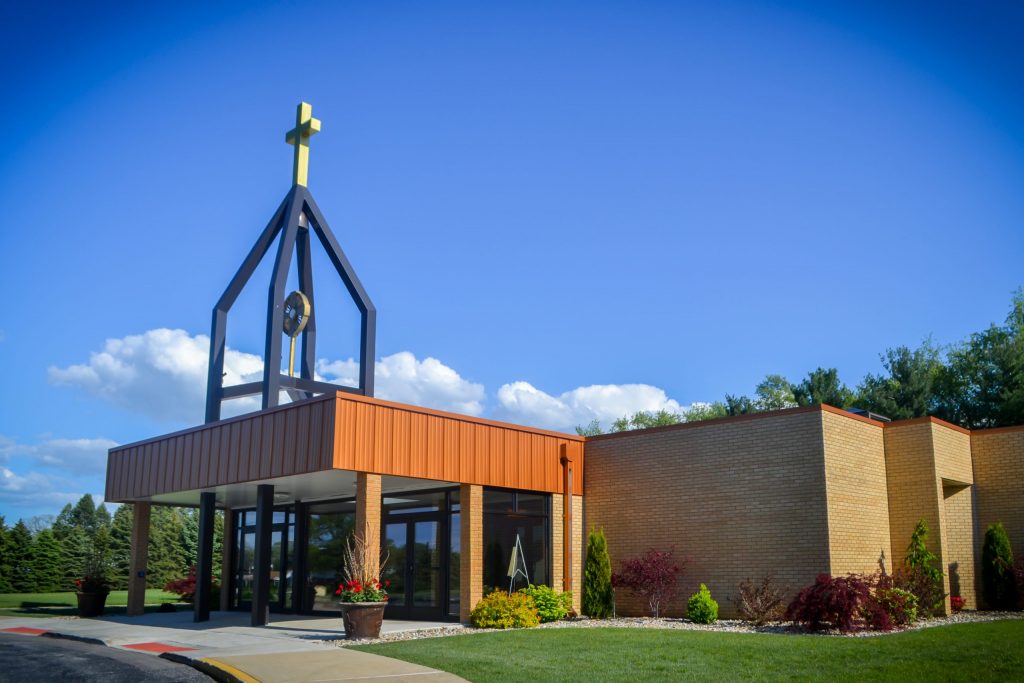 His longest parish assignment began in February 1988, when he was appointed administrator of Corpus Christ Parish, followed five months later by his appointment as its pastor. He would lead the faith community until his retirement in 2009. For three years before his retirement, Father Tirabassi also served on the Saint Joseph High School Board of Education.

When Father Daryl Rybicki was assigned to succeed Father Tirabassi as pastor of Corpus Christi, he remembered that it was not easy, as a priest, to follow a legend into a new assignment.

“I had known Father Cam for 30 years at that time, from my various assignments in the South Bend area and his service at Queen of Peace Parish, Mishawaka, as well as Corpus Christi for 21 years. His love for the priesthood, his reputation as a pastor, his love for and involvement with young people were all well known.

“When I attended his golden jubilee celebration in June 2009, I thanked him for taking such good care of Corpus Christi for those many years. He was somewhat surprised by my comment and did not quite understand it at the time, because that was the same weekend that we were allowed to announce our upcoming transfer and new assignment in our present parishes, and Father Cam had not yet heard that I would be following in his footsteps at Corpus Christi. We later laughed about that, and he was very gracious in helping me become acclimated to my new assignment.” 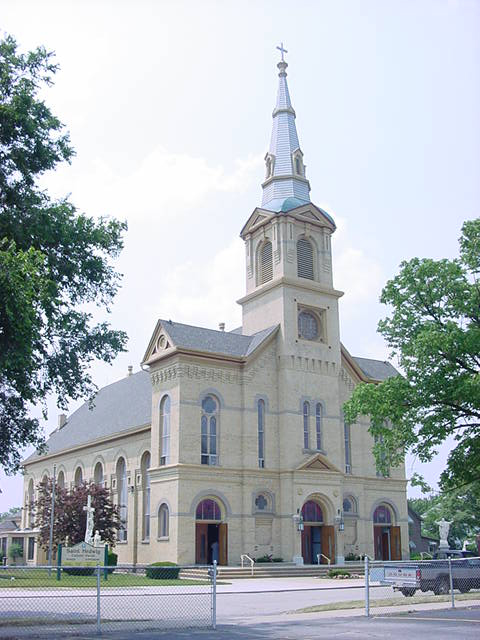 Father Tirabassi took up residence at St. Hedwig Parish in 2012 and began concelebrating two Masses daily with Father Fernandes until his eyesight and health weakened.

At Saint Joseph High School, he had long since become very well known and much loved. “He knew the names of the kids and their families. He was asked to officiate at so many weddings,” said Father Fernandes. “He rarely missed a game: football, basketball, all the sports. He wanted to be there for the kids.”

In recent years, Father Fernandes said, Father Tirabassi would ask to be taken to the school so he could sit in the hallway and talk with students. “I would sometimes say, Father, it’s cold out, you don’t have to go today — but his response was always ‘I don’t care. Drop me off, please.’ Once inside the school, he would sit in a chair in the hallway and talk with everyone.

Very giving and generous, Father Tirabassi was apologetic when physical limitations began to intrude on his willingness to assist at Mass or in parish ministries,” remembered Rose Burns, secretary at St. Patrick Parish, which shares an office and a pastor with St. Hedwig.

“He was so devoted – very prayerful. He was so loved here, and was always willing to help out with Masses, confessions – he always stepped up and never hesitated.”

He was also known for of sharing food with fellow priests and friends. An invitation to his annual Christmas party and dinner was prized.

He was very welcome at Macri’s Deli, Father Fernandes shared, “and would walk around like he owned the store. He pretty much did,” he joked.

Although Father Tirabassi enjoyed cooking, “it wasn’t for two or three people,” according to Father Fernandes. “There would be 15-20 priests and friends over. He enjoyed their company. He cooked Italian mostly – had his own sauce and made pasta from scratch, from tomatoes he grew in his garden.”

Those weekly dinners alternated between his home at the rectory and the rectory at nearby Holy Family Parish, where Msgr. Bernard Galic was assigned as pastor at the time. That close friendship continued, even once both found themselves in retirement.

“We loved to cook, and I loved it when he cooked Italian. But he wouldn’t share his grandmother’s recipes, so I finally just said, ‘Stand beside me here while I try and cook them and tell me what to do and what to add.’”

Father Tirabassi did so. But what the “very selfless and humble” priest wouldn’t do is talk much about himself, Msgr. Galic said.

He was a man who never forgot people, Msgr. Galic added. “There would be couples he had married 55 years ago who were celebrating an anniversary, and he would remember them and their whole family. The students at Saint Joe – he especially loved them too and remembered all of them.”

Father Fernandes concurred that Father Tirabassi’s affability was appreciated and reciprocated by many. When the St. Patrick hosted an event to celebrate his 60th jubilee, Father Fernandes remembered, the parish hall’s capacity of 700 persons was quickly reached with still more being asked to wait outside.

Father Tirabassi was orthodox in his theology and traditional in his spirituality, recalled the Derda family of South Bend.  He was a champion of the pro-life cause, inspired by his mother’s choice to choose life for him rather than listen to the voice of others who encouraged her otherwise.  He repaid his mother’s love for him by caring for her in his own home at St. John Bosco and then at Queen of Peace during her final years.

After his dedication to promoting vocations throughout his priesthood, Father Tirabassi was happy to host the first Mass of his parishioner, Father Christopher Derda, on May 14, 2006.

Visitation for Father Tirabassi will take place at Kaniewski Funeral Home, South Bend, from 2-4 p.m. and 5-7 p.m. July 20, with evening prayer at 4 p.m. and recitation of the rosary at 7 p.m. Bishop Kevin C. Rhoades will celebrate a Mass of Christian Burial for Father Tirabassi at noon Wednesday, July 21, at Corpus Christi Church: Visitation will precede the Mass beginning at 9 a.m. and a luncheon will follow in the school gymnasium.

Visitation and a Mass of Christian Burial will also take place July 23 at Holy Redeemer Parish, Cleveland, followed by burial at All Souls Cemetery, Cleveland.

A memorial service is planned for a later date at St. Hedwig.