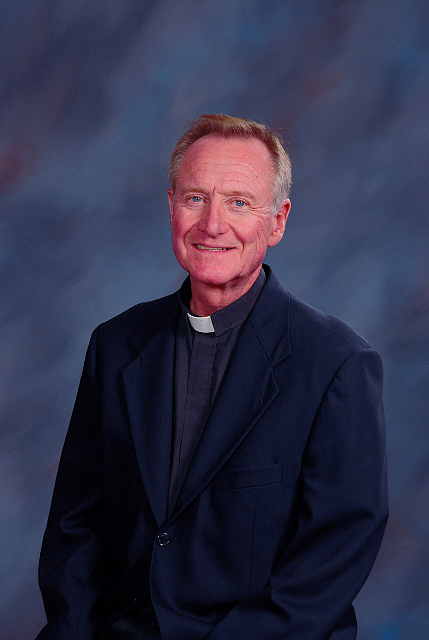 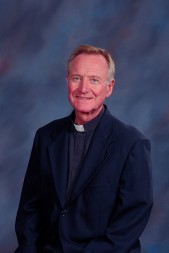 A Fort Wayne native and member of the Hire’s Auto Parts family, Father Hire attended St. Peter Catholic Church and elementary school in the city as  a youngster. He notes that his family was German and St. Peter’s attracted those of German heritage, while “all the Irish kids went to St. Patrick’s.” He is the oldest of nine children and many of his siblings remain in the Fort Wayne area.

Confident in his pursuit of a priestly vocation, Father Hire entered seminary studies after completing eighth grade. He attended  Our Lady of the Lake Seminary on Lake Wawasee’s north shore, then continued at Mount St. Mary’s Seminary in Cincinnati. He was ordained by then-Bishop Leo Pursley at Cathedral of the Immaculate Conception in Fort Wayne on May 30, 1970.

Father Hire said both sides of the family were very religious and an uncle on his mom’s side was a priest, which influenced his decision to join the priesthood.

A one-time world traveler, Father Hire is content to put travel plans aside since “they’re shooting planes out of the sky” and stay closer to home in retirement. He will continue to provide assistance for parishes when needed, he says.

When he was able to travel he liked to visit destinations of biblical and religious importance. He’s traveled to Australia, New Zealand, South America, and most of Europe.

Father Hire wrote a column for Today’s Catholic following the travels of St. Paul. He said showing people the various religious sites throughout the world “showed the accuracy of the Bible and our faith … seeing it with your own eyes makes it real and not like a fairy tale.”

A reception is planned for Sunday, June 12, following the 11 a.m. Mass at St. Martin’s so that parishioners and friends may wish him well. He hopes to continue lake activities while in retirement at a Bay Point condominium which is family-owned. “My family wanted me to retire because of my age,” he says, and he will happily enjoy the beauty of late evening sunsets across the water.