It isn’t often that a Catholic priest or deacon gets top billing in a community’s reader’s choice list, but Father Levi UC Nkwocha of St. Bernard Church in Wabash received just such an accolade last month. Father Nkwocha was voted “Best Minister” in the Wabash Plain Dealer newspaper, which conducted a survey of top industrial and institutional leaders through readers’ feedback. 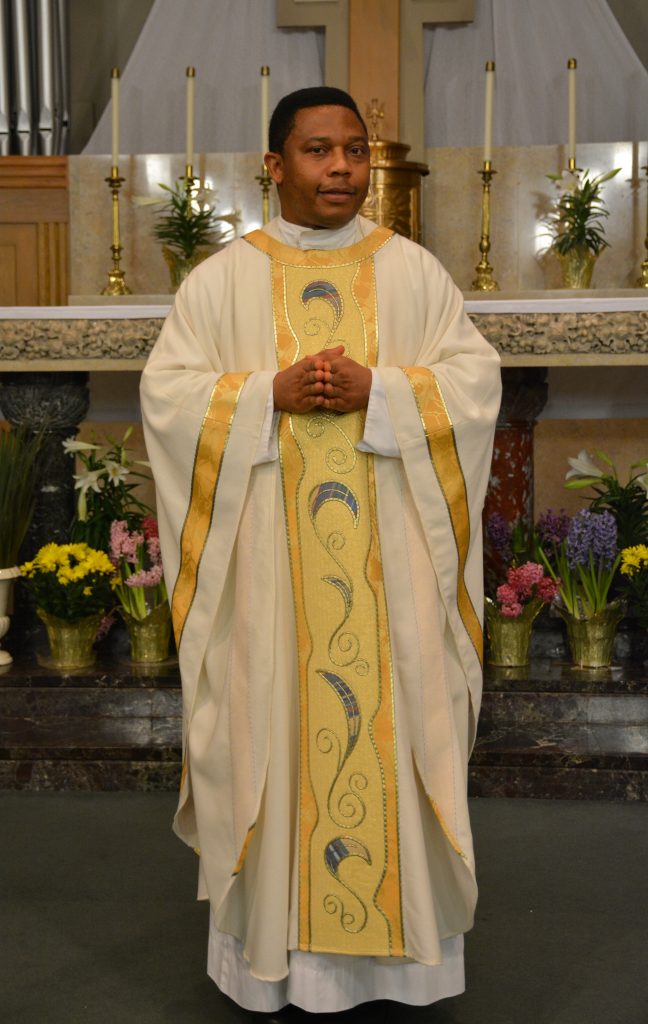 Father Nkwocha is a Nigerian priest who got his Ph.D. in theology last year from the University of Notre Dame. He was assigned to St. Bernard Parish following the passing of former pastor Father Sextus Don in 2018.

“Within three weeks of Father Levi arriving at St. Bernard’s, the parish enjoyed the installation of a new sound system in the church. Father Levi is a ‘mover’ and a ‘go-getter,’” said Ann Unger, the parish secretary.

Another successful endeavor led by Father Nkwocha, according to Unger, is that this past spring a youth group was formed at the parish. The young people have already participated in a work day at parishioners’ houses.

Ron Garlist, a parishioner of St. Bernard, also has been impressed with Father Nkwocha’s initiative.

“Father Levi is dynamic and an excellent homilist,” said Garlist. “He’s been able to deal with negative situations on our weekly collections, (even though) he’s been forced to cut the budget at the school because of the lack of funds. He came into an almost impossible situation, he’s been here almost a year and he has handled everything very professionally.”

“We knew nobody would be able to replace Father Don. What we wanted was for Father Levi to come in, be himself and do his job,” said Garlist. 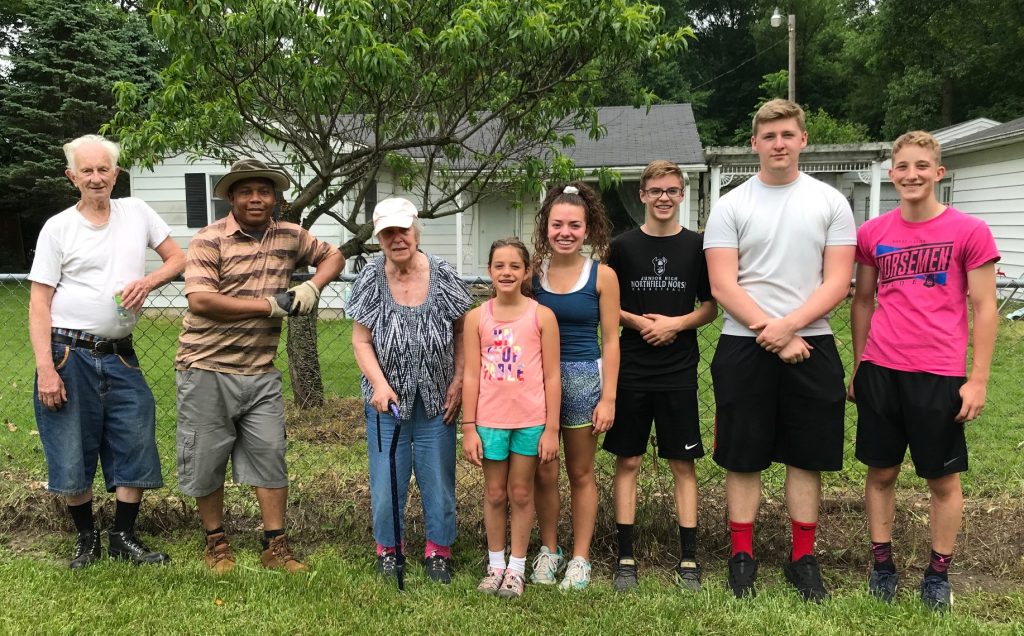 Prior to Father’s Day, Garlist added: “Just to give you an idea of how he is handling this, Father Levi is hosting a get-together this Father’s Day evening for all the fathers in the parish at the local Knights of Columbus and treating everyone to a drink. He’s giving all the mothers flowers, (because) he didn’t think the dads would appreciate flowers.

“Our youth group is going to have 20 of our students and chaperones go to Kentucky later this month to tour religious shrines, and we haven’t had anything like that in the parish for years.”

Father Nkwocha has been a priest for 18 years, but most of that time has been in an academic capacity, according to Garlist.

“One other thing that endeared him to my wife and me is the fact that my wife is an identical twin, and we spent a few days helping him get settled in,” said Garlist. “He totally fell in love with the twins, and on the second day he was able to tell them apart — which most people can’t do even after several years!”

Father Nkwocha was surprised at the Plain Dealer’s recognition. “It came as a surprise because I had been at St. Bernard only 10 months, and was barely known here,” he said. “This might have been a result of positive impacts on the people who voted. You never know whose life is impacted by our individual lives.”

At the Easter Vigil, two adults whom Father Nkwocha had evangelized were baptized, according to Unger.

“Father Levi’s way of looking at and explaining Scripture is something to experience. Besides his parishioners, Catholics and non-Catholics who attend Masses, funerals and weddings at St. Bernard testify to this gift,” she said. “His love for God and all creation and his dedication to his vocation is exemplary. Father Levi is simply a charismatic priest and a teacher of the Word. Wabash is blessed to have him as a new and fresh part of its community.”