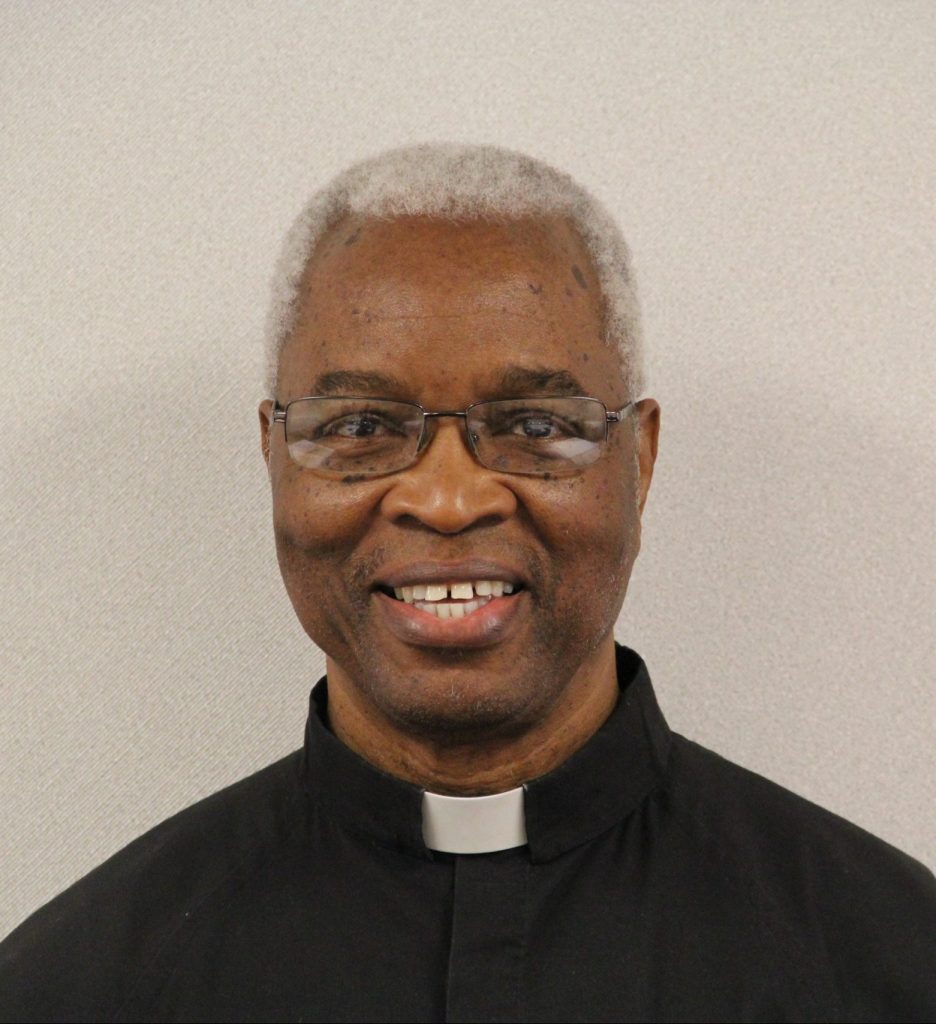 Father Lawrence Teteh, CSSp, will observe his 50th jubilee anniversary as a priest Aug. 22. Born on Sept. 13, 1944, in Nnarambia Ahiara in Ahiazu Mbaise, Imo State, in the southeast region of Nigeria, he is the fifth of 11 children, six boys and five girls. He comes from a Catholic family where a nightly rosary was a family tradition and Sunday Mass never was missed. His father was a schoolteacher and station catechist, while his mother served as a housewife and homemaker.

His desire to go to the minor seminary was inflamed after the rector of the Holy Ghost Fathers’ junior seminary preached about vocations to the missionary priesthood in the Holy Ghost Congregation. Young Lawrence spent the next 13 years in the junior and senior seminary formation programs, which included secondary school, novitiate, philosophy and theology studies. He was ordained as a missionary priest in the Congregation of the Holy Spirit and is known as a Spiritan priest.

“My first two years as a priest were spent solely in pastoral ministry in three different parishes, all in the then Enugu diocese,” Father Teteh related. “From 1973 until I came to the Diocese of Fort Wayne-South Bend 28 years later, I was in and out of educational institutions either as rector, vice principal, graduate student, lecturer and chaplain.” He holds academic degrees, including a doctorate, in philosophy, theology and education earned in Nigeria, Belgium and the United States.

Father Teteh came to Our Lady of Hungary Parish, South Bend, in 2001, initially as an associate pastor and then as administrator following the death of Father Ted Kwak in January 2004. He was appointed pastor in July of that same year by Bishop John M. D’Arcy. On June 21, 2011, Father Teteh was named pastor of St. Therese Parish, Fort Wayne, by Bishop Kevin C. Rhoades. The installation Mass was followed by a reception also recognizing Father Teteh on the 40th Jubilee anniversary of his priesthood.

While serving in the diocese for the past 20 years on a sabbatical leave from his home diocese, Father Teteh was allowed to return annually to visit his family in Nigeria. However, he said it was always challenging to adjust to the vastly different climates, going from the 80- to 90-degree temperatures of Nigeria to the chilling climate of northern Indiana. He often wears his trusty, fur-lined cap whenever the thermometer reads 40 degrees or below.

Having reached the age of 75, Father Teteh intended to retire in June 2020 and return to Nigeria to perhaps serve in an advisory role within his religious community. Due to the pandemic, however, he has not been able to travel home. Since December, he has been serving as priest in residence at St. Francis Xavier Parish, Pierceton, following the death of former St. Francis Xavier pastor Father Charles Herman Dec. 11. Father Teteh anticipates being able to return to Nigeria sometime in June.

The good-natured priest enjoys reading, games, listening to classical music, soccer and tennis. A couple of years ago while serving as pastor at St. Therese, he witnessed and reportedly enjoyed his first baseball match when he watched a TinCaps game at Parkview Field in downtown Fort Wayne.

In the fall of 2019, Father Teteh escorted a group of St. Therese parishioners on a pilgrimage to the Holy Land. He said he enjoyed celebrating daily Mass and teaching about each site they visited.

Father Teteh said, “The priesthood is something that has brought me to different cultures and countries, and groups of people. The parishes I have served in the local diocese had their own challenges,” he continued, “but I am proud to have been able to manage each faith community, two of which have elementary schools attached to the parish.”

Whether in the school classroom or a pastoral setting, his joy, he said, is the recognition of being used by God and the Church to further the Good News of Jesus Christ. His motto always has been and remains: “I know that my Redeemer liveth.”

“By nature and nurture, hailing from a family of mostly teachers, I have been a professional teacher most of my life,” Father Teteh concluded. He finds the priesthood humbling, challenging and yet a joyful profession as evidenced by his ever-present smile.

His last Mass at St. Francis Xavier Church, Pierceton, is June 15 and includes a reception to celebrate his 50th jubilee. Effective that same day, Father Daniel Chukwuleta assumes the duties of pastor of the parish.