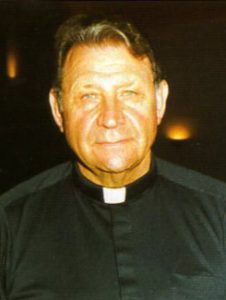 FORT WAYNE — Father Matthew Kafka, a priest of the Diocese of Fort Wayne-South Bend, died Tuesday, Dec. 5, at the age of 84, at St. Joseph Mercy-Oakland in Pontiac, Michigan. He had lived in Imlay City, Michigan, since his retirement in 2002.

Born Matthew Stanley Kafka on Sept. 15, 1933, in Chicago, Illinois, Father Kafka was the son of the late Mathew S. and the late Helen (Sarna) Kafka, Sr. He was a high school graduate of DePaul College Prep in Chicago and attended DePaul University.

Father Kafka served in the Army during the post-Korean War era, 1956-58. He attended seminary at SS. Cyril & Methodius in Orchard Lake, Michigan, and was ordained at St. Matthew Cathedral, South Bend, on May 29, 1965.

In 1978 Father Kafka became the administrator at St. Mary of the Lake Parish, Culver, and in 1979 was named its pastor. In 1987 he was named pastor of St. Hedwig Parish, South Bend. He served at Orchard Lake Seminary, Orchard Lake, Michigan, beginning in 1988.

In 2002, Father Kafka retired to St. Cornelius Parish in Dryden, Michigan, and concluded his retirement at Sacred Heart Parish in Imlay City.

Prayers for the repose of the soul of Father Kafka are being offered during Masses throughout the Diocese of Fort Wayne-South Bend.