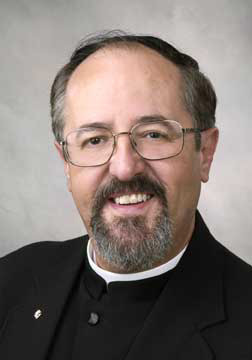 Father Edmund Sylvia’s call to the priesthood came as a result of renewal movements. He was a public school junior high school history teacher at the time, when one of his eighth-grade students asked him if he was interested in going on retreat known as a Cursillo. Father Sylvia came to know the student’s parents, who then sponsored him for the retreat, which he called “life-altering.” In the 50 years since, knowing with certainty that Jesus was the answer to many questions, his life has never been the same.

As time went on, Father Sylvia said he was introduced to more Christian communities and became involved in Catholic Charismatic Renewal. “Knowing God’s love and power in a new and deeper way, I was open to hear the Lord tell me that He had something different for my life,” he recalled.

During Holy Week of his fourth year of teaching God began to lead him, and he responded by following. The religious community that ran the retreat house where he made his Cursillo retreat returned to put on another one, at the Congregation of Holy Cross: Father Sylvia eventually became a part of the order, even though he was close friends with diocesan clergy from his home parishes and members of the Franciscans and the Sacred Heart fathers. Father Sylvia said it was the Lord who placed Holy Cross in his heart. 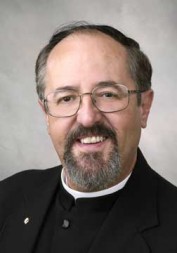 Father Sylvia served at the original retreat house on the edge of Stonehill College, North Easton, Mass., then went to school for a year at Harvard School of Divinity and the Jesuit School of Theology in Boston. Soon after, he moved to Baltimore, where he was part of a large charismatic group called The Lamb of God Community. He assisted at St. Thomas More Parish and counseled as part of Christian Counselors Inc., in Towson, Md., and four years later was asked to move to Steubenville, Ohio, to assist in a renewal outreach to priests. In 1984 he became part of the Fraternity of Priests and spent two years traveling internationally to establish new priest support groups.

In 1986 Father Sylvia was asked to become part of the Student Life Team at the University of Steubenville, where he also served as a residence hall rector. After three years, he enrolled in the first class of a new master’s program in counseling. He became a teacher in that program after graduation.

Four years later he was asked to be responsible for all aspects of the Student Life team in Gaming, Austria, the extension campus of the university. Next, he was commissioned to serve as the chaplain of the Marian Servants, a retreat community in Clearwater, Fla., where he also worked in evangelistic outreach and with Living His Life Abundantly, which produced radio and television programing for EWTN. Father Sylvia became full-time with Living His Life Abundantly, specifically on a new outreach called Women of Grace, which continues on EWTN today.

In 2013 he moved from Florida to South Bend, where he served as associate pastor at Holy Cross and St. Stanislaus parishes. He is now at Holy Cross Parish full-time.

Regarding his experiences over the last 50 years, Father Sylvia said: “All my years of teaching, preaching and renewal outreach work, together with my counseling and spiritual direction work, are my areas of most enjoyment and enthusiasm. The work of building up intentional disciples in our time is of utmost importance, and the catechizing of the faithful must go on. My years of ministry have involved numbers of pilgrimages to various holy sites throughout Europe, the Middle East and Mexico, and they provide many happy memories. And the 20 years I worked with EWTN in both radio and TV brought me in touch with many of the great lay and clerical leaders of our USA Catholic Church, all dedicated to the New Evangelization need in our times.”