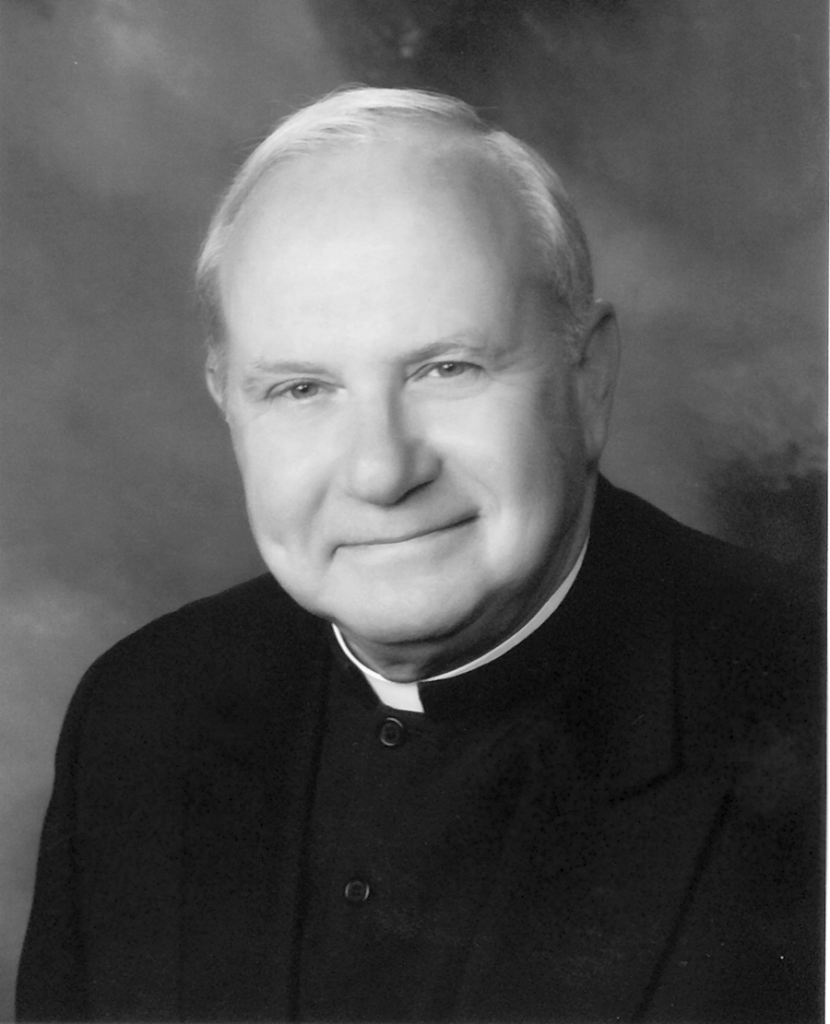 St. Thérèse of Lisieux is quoted as saying: “It is good to serve God in darkness and trial! We have only this life to live by faith.”

Her words could have been spoken of Father David Link. Father Link is a late priest of the Diocese of Gary, prior Dean of the Notre Dame Law School, founding president and vice chancellor of the University of Notre Dame Australia, associate vice president and founding dean of the University of St. Thomas School of Law, deputy vice chancellor and provost of St. Augustine College of South Africa, as well as a father, grandfather and great-grandfather. He died Oct. 28 at age 85.

Most of Father Link’s notable accomplishments were completed prior to his ordination to the priesthood in 2008. But after 45 years of marriage, his beloved wife Barbara passed away in 2003 and before leaving this life, she – along with Father Theodore Hesburgh – convinced him to purse a new calling outside of the legal profession – the priesthood. At age 71, he was ordained and began a life of serving God through prison ministry.

Deacon Gregory Gehred of St. Thérèse, Little Flower Parish in South Bend remembered Father Link from his many visits to the parish.

“He was a gracious, wonderful man with a remarkable story,” Deacon Gehred said. He recalled that Father Link sometimes joined a group of parishioners from Little Flower and St. Pius X in Granger to minister at the St. Joseph County Jail. “He did a lot of good at prison, trying to help the inmates out with advice – all spiritual and life-building, not legal advice.”

When Father Link filled in at Mass at St. Thérèse, Deacon Gehred said he “gave marvelous homilies about his encounters with prisoners.”

Father Link was born in Sandusky, Ohio, and attended the University of Notre Dame. The same year he graduated, he married Barbara Winterhalter, his childhood sweetheart.

He went on to complete law school before serving in the U.S. Naval Reserves, working for the U.S. Department of the Treasury and then practicing law with a Chicago firm called Winston and Strawn. By 1970, he was back at Notre Dame, this time as a teacher. He served as dean of the law school for 24 years, which was the longest tenure of law school deans in the U.S.

Throughout his years, he became known for his service to others. He is considered the driving force behind the founding of South Bend’s Center for the Homeless. He also worked with numerous other charitable organizations. Father Link cared deeply about ethical practices in the law and human rights issues.

But it was when he was studying to become a priest that he felt called to a unique aspect of service. Deacon Gehred shared a story he had heard of Father Link, when, as a seminarian, Link asked God for direction in his vocation. He found the answer in prison ministry.

After his ordination, he began working with prisoners at Indiana State Prison in Michigan City and Westville Prison.

Father Link was much loved in the Notre Dame community and will be missed. “What stuck with me was his very earnest prayer,” Deacon Gehred remarked. “It was a privilege to know him.”

A Mass of Christian Burial was celebrated for Father Link Nov. 8 at the Basilica of the Sacred Heart on the University of Notre Dame campus.