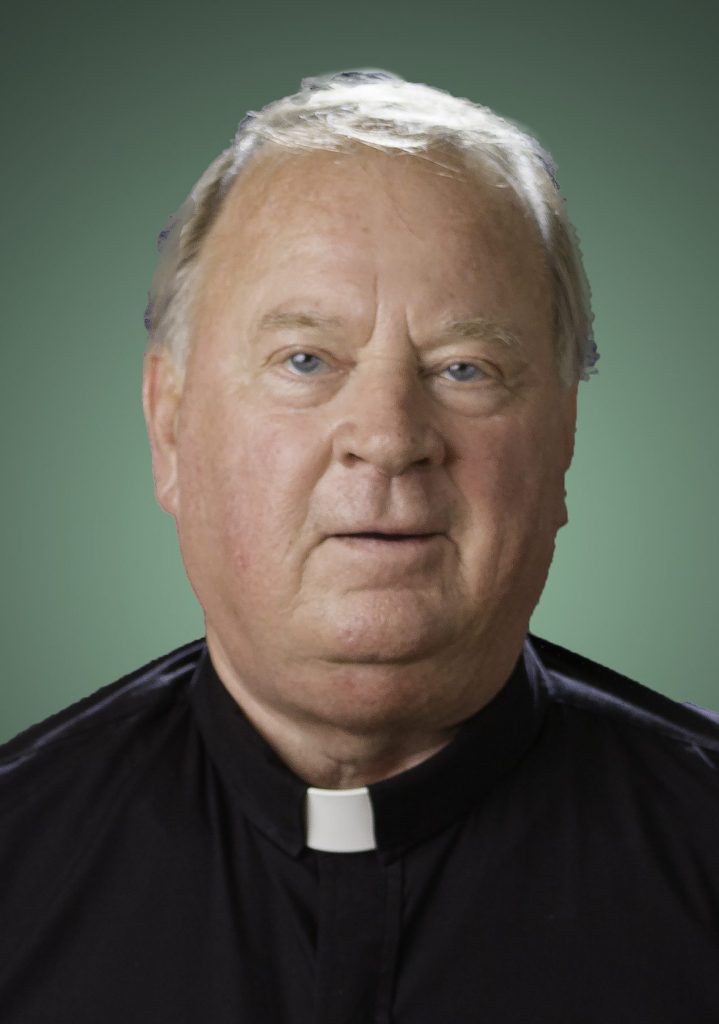 Father Charles Herman is being remembered this week by parishioners of St. Francis Xavier in Pierceton this week as someone who was more concerned about how he could be present to them than about the physical challenges he encountered later in life.

He was born March 5, 1947, to George E. and Alvina Herman. His father preceded him in death.

He attended St. John the Evangelist Grade School in St. John, Indiana, and Dyer Central High School before obtaining a master’s degree in teaching from Indiana State University, which he applied by teaching high school German for 20 years. He entered St. John Seminary in Brighton, Massachusetts, in 1992.

Bishop John M. D’Arcy ordained Charles Herman to the diaconate Jan. 4, 1997, at St. Matthew Cathedral in South Bend. He entered the holy priesthood at the Cathedral of the Immaculate Conception, Fort Wayne, later that same year.

During his diaconate he ministered at St. John the Baptist Parish, Fort Wayne, and served as the chaplain at Bishop Luers High School. Following his priestly ordination, he was appointed associate pastor of the parish.

In July of 1999, Immaculate Conception Parish in Auburn welcomed Father Herman as its pastor. Six and a half years later, he became the associate pastor of his first South Bend parish, Holy Family. He was appointed pastor of St. John the Baptist Parish in the same city in 2010.

While still serving St. John the Baptist, the following year he also became temporary administrator of Holy Family. He served as pastor of both the parishes from June 2011 through June 2012, at which time he was transferred to St. Francis Xavier. 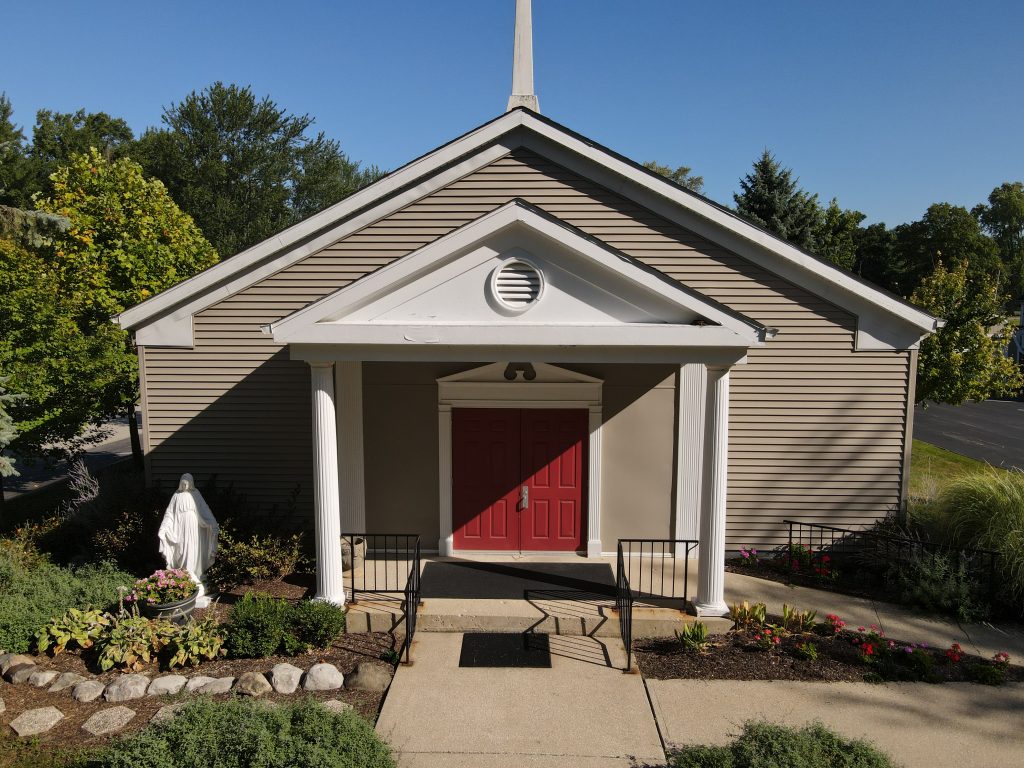 Bishop Rhoades acknowledged St. Francis Xavier parishioners’ sorrow at the loss of Father Chuck, as he was known, when he celebrated Mass at the parish on Gaudete Sunday, Dec. 13.

“The origin of naming today Gaudete Sunday is the entrance antiphon of this Third Sunday of Advent, a quote from St. Paul to the Philippians: ‘Rejoice in the Lord always; again I say, rejoice. Indeed, the Lord is near,’ he told them. “The reasons for rejoicing is that Christmas is near, the Lord’s coming is fast approaching.

“I came here to celebrate Mass with you on this Gaudete Sunday when it is not easy for you and your parish family to rejoice. Just two days ago, your beloved pastor, your spiritual father, passed away. How is it possible to rejoice today when all are naturally feeling sorrow, not joy?”

The answer, he said, is that Christian joy is not simply a feeling; it is a choice.

“I know Father Chuck loved the Lord and I know that he loved you,” the bishop continued. “He loved being here in Pierceton as your pastor. He often told me about your care and loving help during these past couple of years in his health struggles … In the midst of his pain, especially with his foot and walking, you were there for him, caring for him and encouraging him. When I asked him if continuing as pastor was too challenging or difficult for him, he always said ‘no’ because he had your love and support.

“St. Paul says to give thanks in all circumstances. I think that includes this circumstance of the death of your pastor. Let us give thanks to God for the gift of Father Chuck’s life and his priestly ministry.” 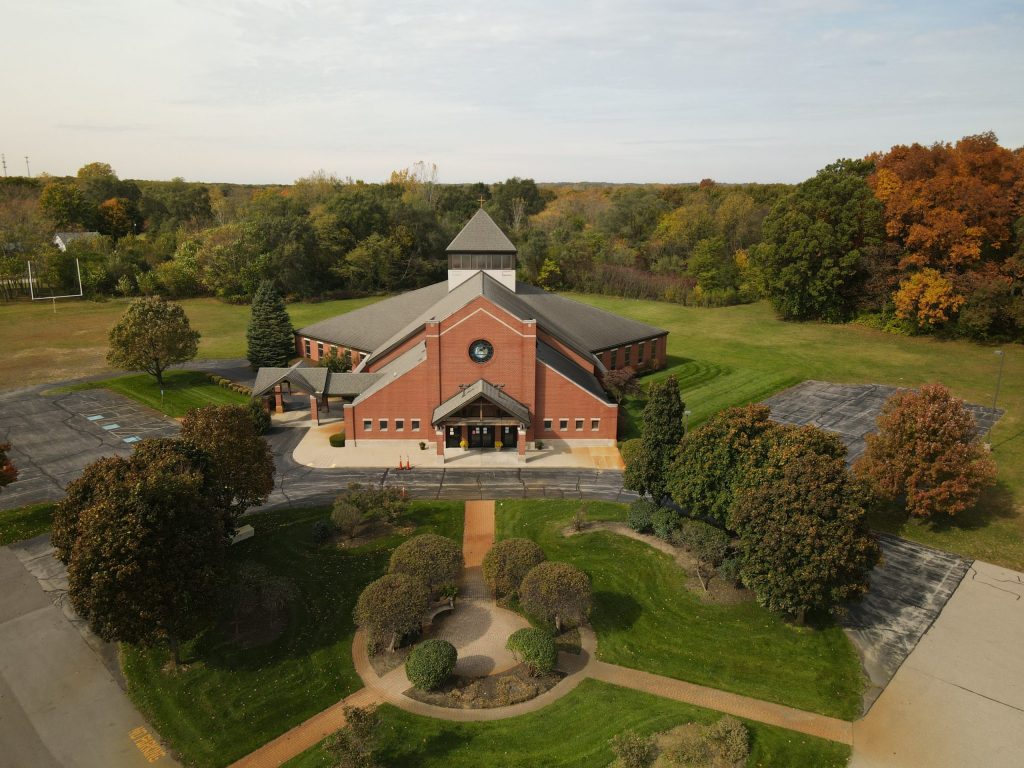 A Mass of Christian Burial will be celebrated Thursday, Dec. 17, at 11 a.m. at Holy Family Church. The Mass will be livestreamed for those who are not comfortable attending. Father Herman will be laid to rest at St. Joseph Cemetery, South Bend.