WASHINGTON (CNS) — The Build Back Better Act’s plan to expand affordable child care and ensure that quality prekindergarten is available to all families “is a worthy goal,” but as written these provisions “will suppress, if not exclude” many faith-based providers from participating, according to Catholic and other religious leaders.

“We are writing to express our urgent concerns regarding the child care and universal prekindergarten provisions in the House-passed Build Back Better Act,” said a Dec. 1 letter the faith leaders sent to U.S. Sens. Patty Murray, D-Wash., and Richard Burr, R-N.C., the chairwoman and ranking member of the U.S. Senate Committee on Health, Education, Labor and Pensions.

The signers represent religious denominations, schools and charities “that comprise and serve millions of Americans,” the letter said. 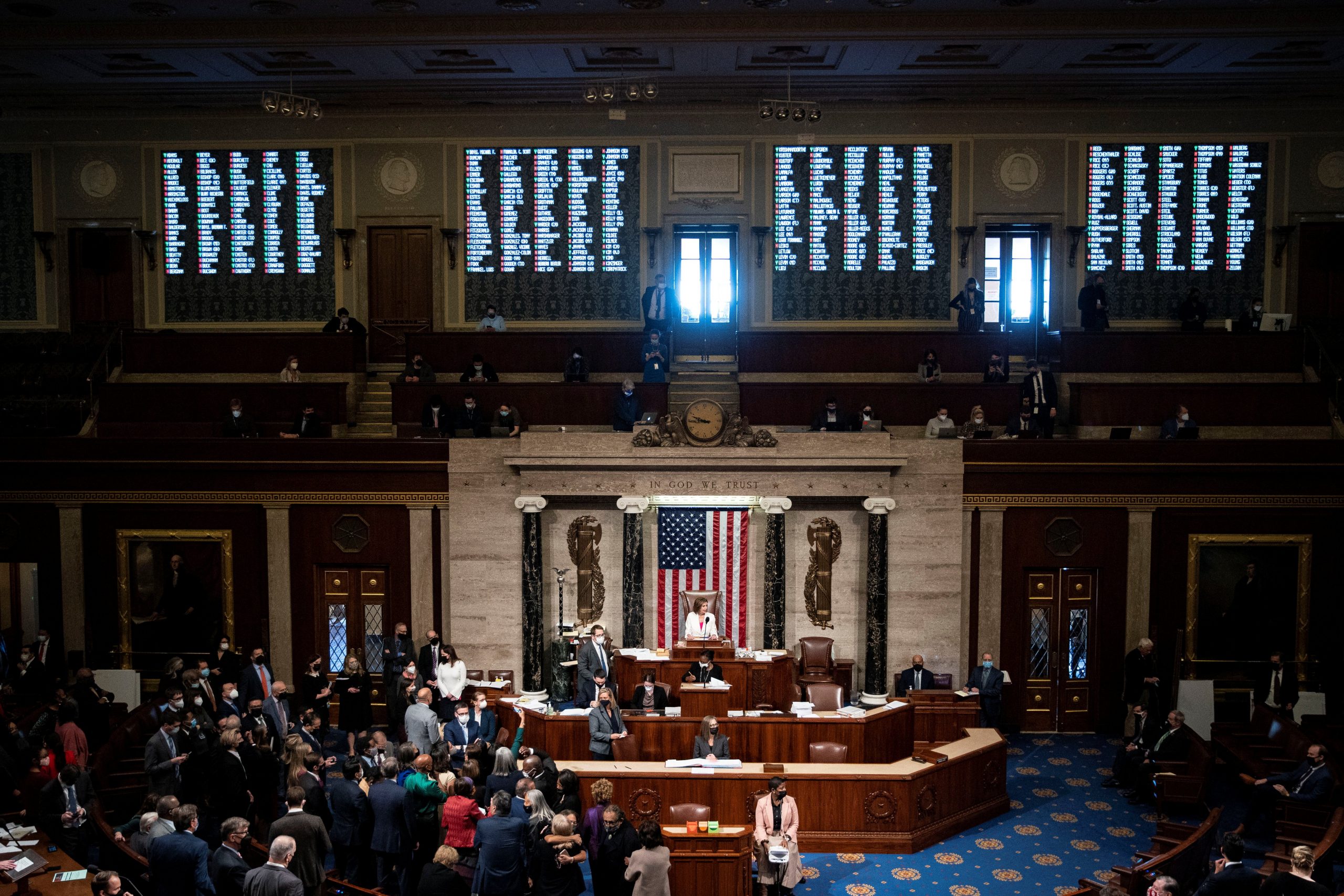 U.S. Speaker of the House Nancy Pelosi, D-Calif., presides over the House floor on Capitol Hill in Washington Nov. 19, 2021, as the Build Back Better Act passes and moves on to the Senate. (CNS photo/Al Drago, Reuters)

Among the signers were the U.S. Conference of Catholic Bishops’ Committee for Religious Liberty, chaired by Cardinal Timothy M. Dolan of New York, and the USCCB’s Committee on Catholic Education, chaired by Bishop Thomas A. Daly of Spokane, Washington.

Catholic Charities USA and the National Catholic Educational Association also signed the letter, along with Jewish, Muslim and other Christian associations.

The Build Back Better Act “does not preclude parents from selecting faith-based providers,” the letter said, but its current provisions “make it virtually impossible for many faith based providers to participate in the program.”

The bill does so, it continued, by departing from current federal child care policy and attaching “new compliance obligations that would interfere with providers’ protected rights under Title VII and Title IX regarding curricula or teaching, sex-specific programs — such as separate boys or girls schools or classes — and preferences for employing individuals who share the providers’ religious beliefs.”

The Build Back Better bill changes how providers receive public monies by defining “all providers as recipients of federal financial assistance, whether the funds come via certificates, in the child care program, — or direct grants, in the prekindergarten program,” the letter explained.

Currently, these child care providers are exempt from some nondiscrimination provisions.

Low-income families have traditionally received funds from the Child Care and Development Block Grant program that they may use at a variety of child care centers, including those run by churches and other religious organizations. These various programs are not considered direct recipients of federal funds.

The block grant program receives federal funding but is administered by the states to provide child care subsidies to families who qualify for them.

“The faith community has always affirmed that parents should choose the best environment for care and education of their children,” the faith leaders’ letter said.

“The current Build Back Better Act provisions would severely limit the options for parents, suffocate the mixed delivery system for child care and pre-kindergarten, and greatly restrict the number of providers available for a successful national program,” it said.

The U.S. House of Representatives narrowly passed the Build Back Better Act Nov. 19, and it is now under consideration in the Senate.

The faith leaders asked Murray and Burr to give “urgent attention to address” their concerns about the measure “to ensure that faith-based providers are able to participate” in the bill’s child care and universal prekindergarten programs.