Catholic education forms the whole person, mind, body and soul. It teaches children and young people how to live well for today, as well as how to strive to live with God forever in eternal life.

Like his fellow Catholic school educators, Chris Culver desires to do this well. Culver developed the “Faith and Science” course at Saint Joseph High School, South Bend, as an elective for seniors: In the class, where modern society creates a false dichotomy between the faith and science, students are offered primary text readings from all sides of the debate to study how the Catholic Church integrates the two. 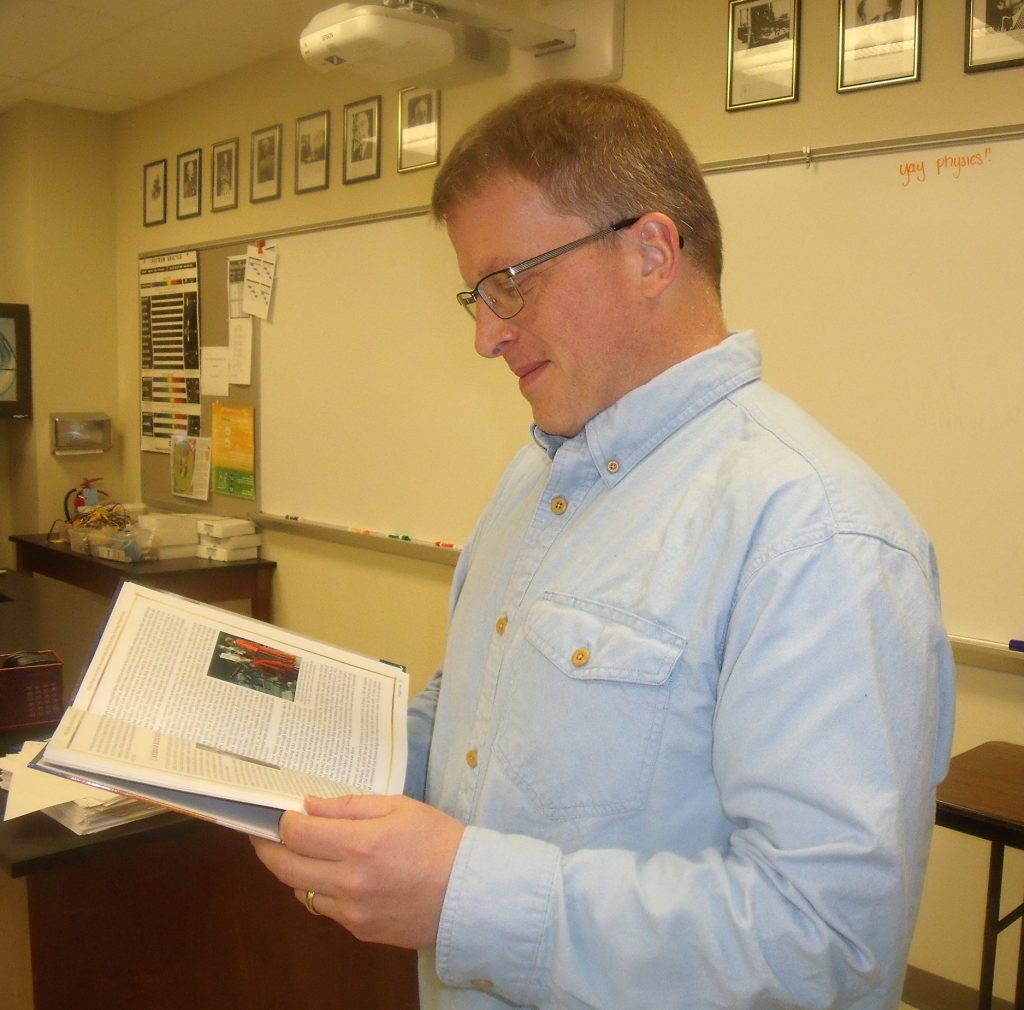 Photos by Jennifer Miller
Chris Culver, a physics teacher at Saint Joseph High School, South Bend, designed the elective course “Faith and Science” for seniors. The elective is designed to bring them to an understanding of how to explain the physical world and God’s interaction with creation.

The course objectives state: “Both students and teacher will work hard to advance the student’s ability to think theologically and scientifically to explain the world and God’s interaction with creation and with us.” Studying the relationship between natural science and supernatural faith, students investigate how one “knows truth.” Using Sacred Scripture, St. Pope John Paul II’s “Fides et Ratio,” historical examples such as Galileo and Hobbes and talks by modern atheists like Richard Dawkins, students learn the tools to navigate the waters of heresy and truth.

The second half of the course focuses on faith as a reasonable commitment; that is, the “fundamental freedom to say Yes or No to God’s invitation for faith will be affirmed; realizing that science can neither prove or disprove God’s existence.” Faith is a rational personal choice, students learn, and various areas of science, from physics to biology, involving evolution and quantum randomness are explored to demonstrate their compatibility with the Catholic faith. The class then discovers how the interplay of faith and science can lead to a greater and deeper understanding of the beautiful way in which God created and interacts in the universe, Culver shared. 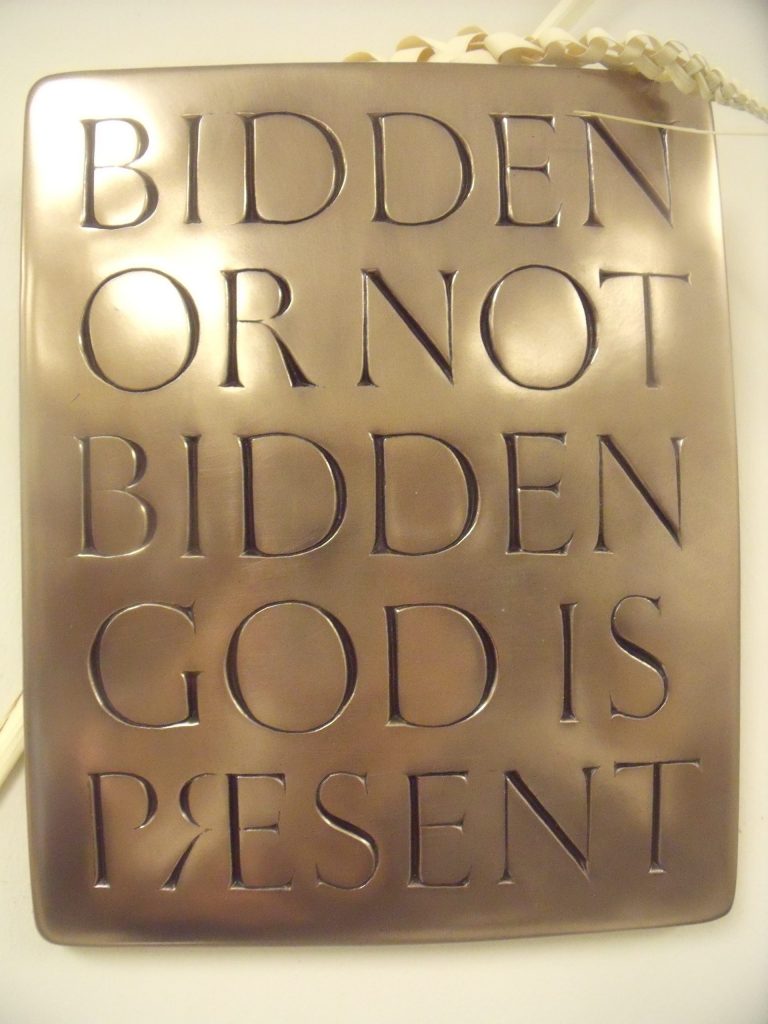 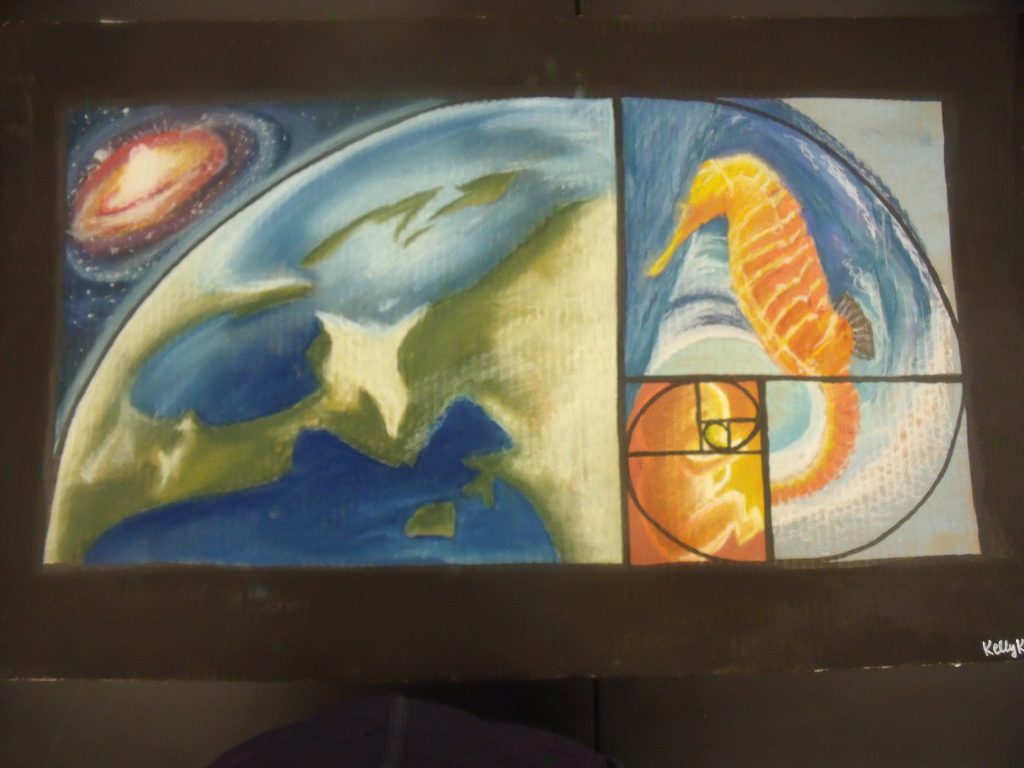 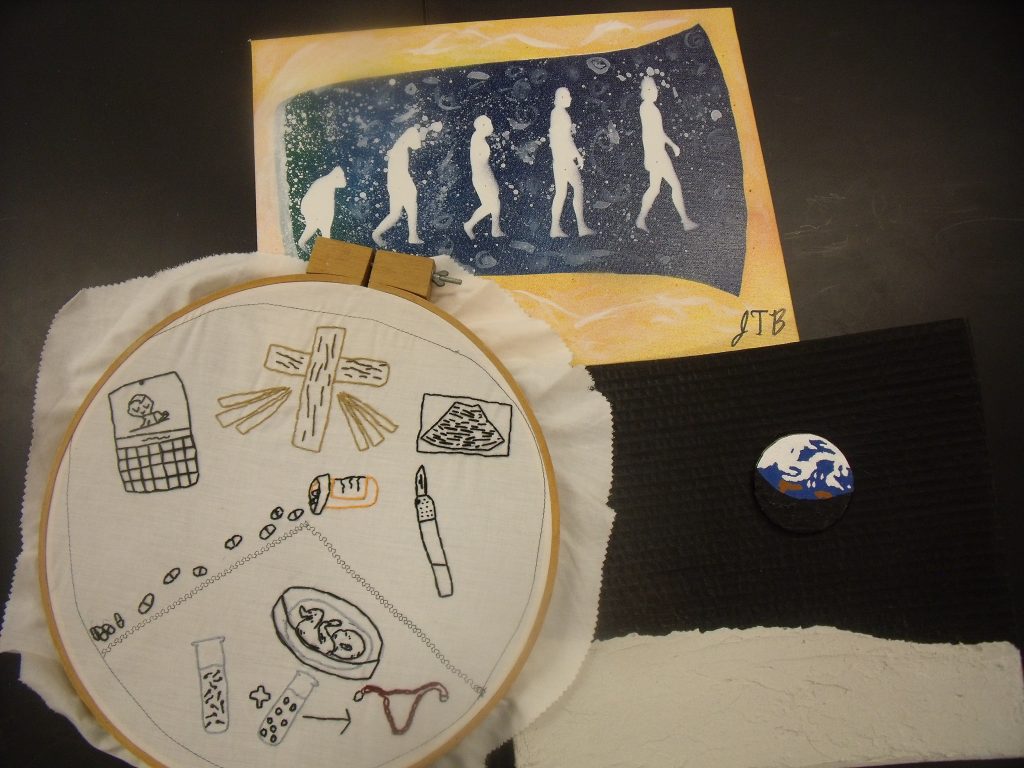 Final projects from the course “Faith and Science” at Saint Joseph High School, South Bend, are shown. The elective for seniors is designed to bring them to an understanding of how to explain the physical world and God’s interaction with creation.

Click here for a link to a song from a student.

A St. Joseph, South Bend, parishioner, Culver created the course five years ago, after attending a seminar from the Templeton Foundation and the McGrath Institute for Church Life on a similar topic. Culver’s professional and personal background was a perfect fit to teach the bi-disciplinary program. Earning a theological master’s in divinity from the University of Notre Dame and an equivalent master’s in nuclear engineering from the U.S. Navy, Culver used his talents to serve Saint Joseph High School by teaching primarily physics. But his passion and expertise in developing, curating and tweaking the Faith and Science course over the last five years is evident.

The students meet every other day for an hour and a half, for one semester. There are no prerequisites for the class. Culver splits the teaching load for the class with Andy Oross, theology department chairman, and emphasizes to students, “You actually will have to read and write” in the course. They could add “think and discuss,” as topics of “how might those implications be played out” are shared and dissected.

A final project with both a written and creative component is required.

Students’ testimony to the fruitfulness of the class abounds. Recent graduate Lauren Rymsza presented her final project in song and guitar to the Abbey Youth Conference in Covington, Louisiana, as well at the McGrath Institute for Church Life Theology Conference at Notre Dame last year. Current senior John Baglow remarked, “Initially, I thought it would be the traditional, re-read-Genesis-and-discuss type of deal. I’m glad I was wrong. Mr. Culver did much more than that. As a class, we read about the much-deeper meaning of Genesis from its writers during the Babylonian Exile, to how it reflects modern-day creationism. He also taught us about how evolution, which is widely thought of to be contradictory to God’s existence and creation of the world but is actually highly plausible and does not go against Catholic doctrine whatsoever.

“If I had anything to say to Catholic educators in high school about the experience Mr. Chris Culver gave me and my class, it would be this: Make more use of meditative prayer. While general prayers like the Our Father and Hail Mary give the groundwork for our faith, Mr. Culver’s use of meditative prayer in a class, discussing very vast subjects, gave us more appreciation of our faith in relation to science. This is because there is no other means by which we can fully understand science then by looking at it through the eyes of faith. That’s what we need today.”

The issue of faith versus science is not a new conflict, rather, Culver explains, but another form of a twist of the truth, which can be seen throughout human history.

“As humans, we are designed to resonate with the truth, that when we hear truth, it just speaks to us. First principals, we call in them in the course. They just are affirmed to be true. Let that (truth) deepen the relationship with God … We need to be stewards of creation, not casual or arrogant owners of creation. The entire essence of creation is basically a playground for us to have a relationship with God. That is why it was created, we needed someplace to be! God is extravagant and He could have made a simple playpen, but this is God’s “simpleness” — all of the universe. His love is extravagant, so you would think His physical gifts are just as extravagant as His spiritual gifts,” Culver explained. “That’s very different that American, Protestant political thought, which stems from Hobbs that life is nasty, brutish and short … we contrast this. The Catholic viewpoint takes you out of that and actually makes sense of what you experience, in a way that modern, American life can’t.”

God created a simple and complex world, all at the same time, which involves for the interaction of the purely physical and purely spiritual to affect each other in ways man does not understand, Culver said. “People always want to know exactly how that happened, but that hasn’t been revealed at the deepest levels. We still don’t see the bottom of quantum mechanics! But in revelation there are some things you have to let go as a mind game and trust it as a relationship. What the science and the theology point to is the most likely integration between body and spirit. But all the explanations fall short; they can’t explain the whole picture. They ignore the wrong things. If you focus on the totality of our human experience, it makes the most sense.”