Ten years after the passage of groundbreaking legislation that made Indiana a national leader in school choice, state lawmakers are considering a bill that would extend the reach of the program to far more Hoosier families. 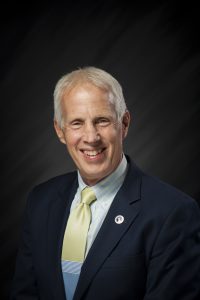 House Bill 1005 builds upon the 2011 law establishing Indiana’s Choice Scholarship Program, more commonly known as the voucher program. As he was a decade ago, the lawmaker behind the effort is Rep. Bob Behning, R-Indianapolis. His current proposed legislation, which passed the House Education Committee on Feb. 3, would expand eligibility to allow more parents in Indiana to select the school they believe is best for their children.

“We have excellent schools across the state, but it is nearly impossible for them to meet every unique need of every child,” said Behning, chairman of the committee. “Because the coronavirus pandemic has changed how some students attend class, parents began considering other options to educate their students. Many Hoosier families already enjoy the flexibilities of Indiana’s school choice program, but there is still a large group shut out of these opportunities.”

House Bill 1005 would help middle and upper-middle-class families still struggling to pay for private school tuition by raising the financial eligibility requirements for vouchers. That threshold, which currently stands at a maximum family income of 150% of the federal Free and Reduced Lunch program, would be increased to 225% this year and then 300% by July 2022 under the proposed legislation.

In addition, the bill would increase the scholarship amount that a voucher student receives in a school year. Currently, the program operates under three tiers, with students receiving vouchers of 50, 70 or 90% of tuition based on family income. House Bill 1005 would streamline the program by setting the scholarship amount at 90% for all students eligible for vouchers.

“A child’s success should not be dictated by their family’s income,” Behning said. “When we started looking at the current eligibility requirements, we found a lot of hardworking families still could not send their child to the school of their choice.”

House Bill 1005 seeks to expand the existing school choice program in two additional ways. First, it would add foster care as a pathway into the voucher program. Second, it would create the Indiana Education Scholarship Account, which would provide eligible families funding to directly pay for tuition or other education-related expenses at an Indiana school. This account would be offered to children in foster care, those with special needs, and those with parents on active duty in the U.S. Armed Forces or National Guard.

The Indiana Catholic Conference and the Indiana Non-Public Education Association, which have been instrumental in school choice efforts for decades, stand in strong support of the bill.

“You can have a great quality public school but that still may not be the best choice for a particular family for their child,” said Angela Espada, executive director of the ICC, the public policy voice of the Catholic Church in Indiana. “We always support what is best for the child, and families are best at making those decisions.”

Parents, educators and advocates on both sides of the school choice issue gathered at the Statehouse for the often emotional, more than four-hour committee hearing on Feb. 3. Among those testifying was Alexander Mingus, associate director of the ICC, who spoke not only on behalf of the Catholic Church in Indiana but as an expectant father.

“We rise in support of House Bill 1005, and on a personal note, this program would certainly benefit my wife and me,” Mingus said. “We are expecting our first child, a baby girl, and we would certainly fall into the category that this bill would help in regard to expanding educational choice.”

“All students being educated in any Indiana school are our kids,” said John Elcesser, executive director of the association, which encompasses more than 7,000 teachers and close to 100,000 students in Indiana’s nonpublic schools. “Students often move back and forth between public and nonpublic schools, and graduates of all types of schools in Indiana play a significant part in the betterment of their communities and the economy of our state.

“I was here in 2011 when the Choice Scholarship program was passed, and in the 10 years of this program as I travel around the state, I can say with all sincerity that this program has changed thousands of lives,” Elcesser continued. “I can also say that it has pushed both public and nonpublic schools to be better. House Bill 1005 simply makes school choice affordable to more families – whether that be a middle- or upper-middle-class family that has struggled to afford tuition for multiple children, or the family with a special-needs child who needs access to services over and above what they can receive during the school day. And then there’s the active-duty military family that gets moved around so much they can’t meet one of the eligibility pathways in the current program. This legislation gives them all a choice.”

At press time, House Bill 1005 was scheduled for a Feb. 9 hearing in the House Ways and Means committee. Both the ICC and the INPEA encourage proponents of school choice to contact their legislators to support the bill.

To follow this and other priority legislation of the ICC, visit www.indianacc.org. This website includes access to I-CAN, the Indiana Catholic Action Network, which offers the Church’s position on key issues. Those who sign up for I-CAN receive alerts on legislation moving forward and ways to contact their elected representatives.