The Light is On For You

Catholics in the Diocese of Fort Wayne-South Bend will have the opportunity for the sacrament of reconciliation at every parish on Tuesday, March 8, from 6 to 8 p.m. This event, “The Light is On For You,” gives individuals the chance to experience the healing effects of God’s mercy through the sacrament.

Father Thomas Zehr, pastor at St. Mary Parish in Huntington, expressed that the convenience of the sacrament during “The Light is On For You” should entice people to take advantage.

“The reason why it would be good to do that is that it’s easy – and it’s a time that everybody, all the priests, are going to be available at every parish, so there’s really no excuse to not go at that time. Really, it’s just another great opportunity to receive the Lord’s mercy,” he said. 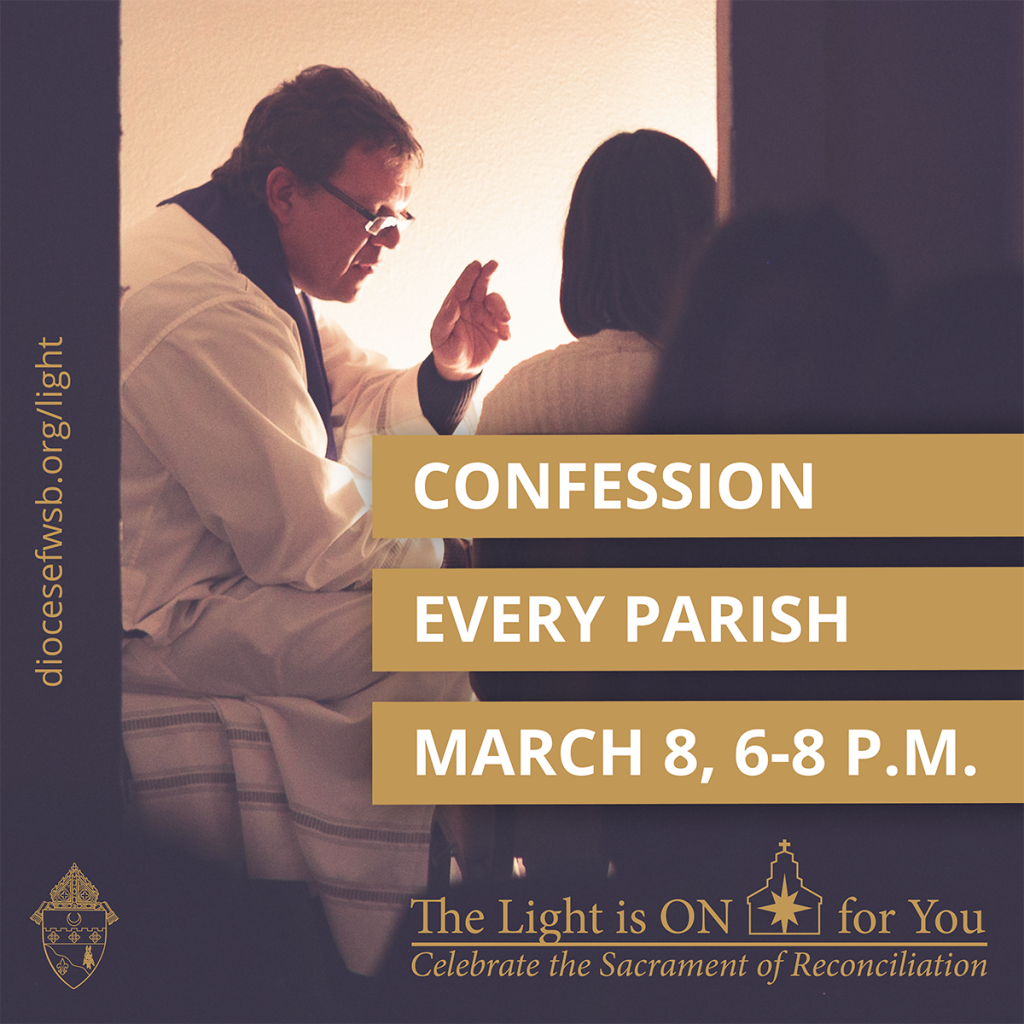 He added that those who have been away from the sacrament and the Church should also take advantage that evening. “I think the reason why it’s specifically beneficial is because maybe the people that have been far away from the Church might not know when their regularly scheduled confession times are at the parish.”

“The Light is on for You” takes care of this problem, Father Zehr said. “You just need to show up at a Catholic Church at that time on that day, and it’s an opportunity for someone who’s been away; they can actually come back.”

Father Zehr also offered some advice on how to prepare to receive the sacrament of reconciliation.

“Do an honest evaluation of where your heart is, and what you’ve been doing, and what you’ve been prioritizing as important,” he said, adding that there are a few versions of an examination of conscience that a penitent can complete before entering the confessional. The United States Conference of Catholic Bishops (USCCB)provides several examinations of conscience on their website, including some in Spanish and one aimed toward children.

Regardless of how one chooses to examine his or her conscience before the sacrament, the USCCB says it should be rooted in Scripture, particularly the Ten Commandments and the Beatitudes. 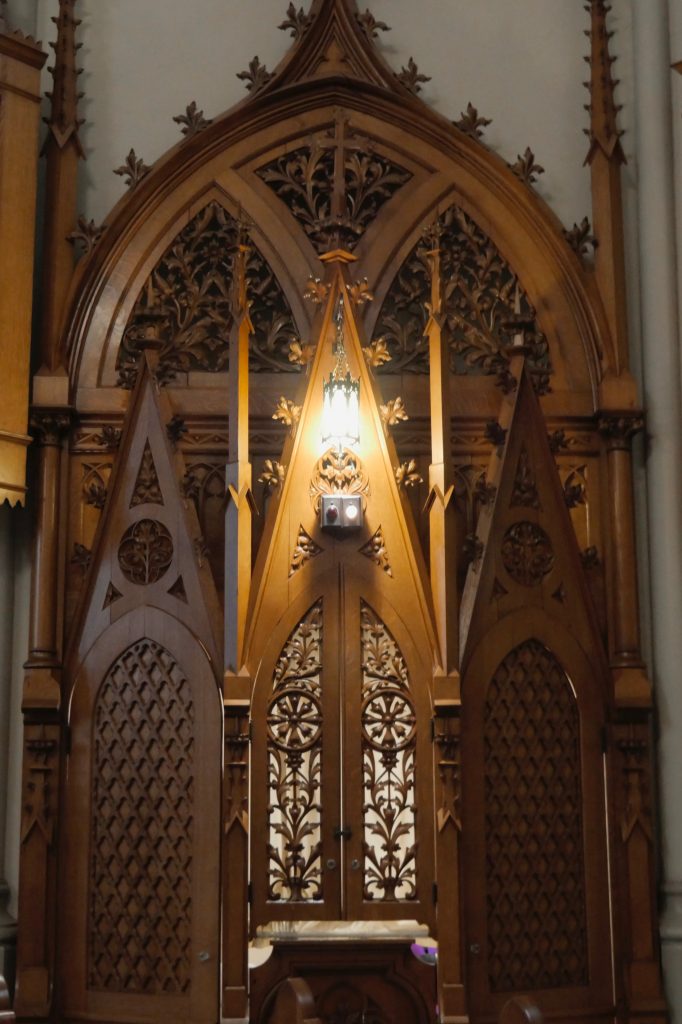 Father Zehr gives some simple direction on this. “If you can just sincerely and honestly look at yourself and say, ‘What have I been placing above God?’ Some of us can say it’s a lot of things. Some of it’s like, ‘Well, there’s been a couple things for sure. Maybe not a lot. But yeah, what have I been placing in front of the Lord?’ And kind of ahead of time, say, ‘Lord, I’m sorry for that. I want to turn away from it.’”

Even for those who regularly receive the sacrament of reconciliation, it can be daunting to humble yourself and confess your sins. Regardless of this feeling, Father Zehr says, it is worth walking into the confessional.

“Going to confession is tough. And it demands a lot of you. So it’s not easy to go. But it’s so worth it. Anything that’s good and worth it is almost always hard.”

Father Zehr shared that he often tells people that no one says that they love to go into the confessional, but they love leaving it because of the feeling of forgiveness and a “fresh start.”

“Everybody hates going to confession,” he said. “Everybody hates humbling themselves, looking at their brokenness and their weaknesses, but everybody loves receiving forgiveness.”

For those who have not sought the sacrament for a while, Father Zehr says that he warmly welcomes them. “I would say, personally, one of my favorite things to do is to meet with people in the confessional,” he said. He especially enjoys meeting those who have not taken advantage of the sacrament in a long time, but have a desire to change, even while some realize that they will probably fail and need to return yet again.

Priests in the diocese, Father Zehr said, graciously await their parishioners in the confessional.

“I love being in a confessional, and I know I don’t speak just for myself, but so many priests I know say that … their favorite part of being a priest is seeing the conversion of hearts in confessions. So I’m excited to hear confessions almost every day.”

Those who would like to learn more about confession, or to have an overview of each step of the sacrament, visit diocesefwsb.org/light/ for additional information.