VATICAN CITY (CNS) — As more and more countries start to feel the economic pinch due to the coronavirus pandemic, Pope Francis urged business leaders to seek solutions that will not hurt employees and their families.

“Each (country) must find concrete solutions depending on their situation, but of course, ‘every man for himself,’ is not a solution,” the pope said in an interview via Skype that aired in Spain March 22. “A business that lays off employees to save itself is not a solution. In this moment, instead of laying off, we must welcome and make everyone feel that there is a society of solidarity.”

When told by Spanish journalist Jordi Evole that business leaders could argue that he may not be knowledgeable business management and the struggles of maintaining a business with staggering production losses, the pope said they were right in their assertion. 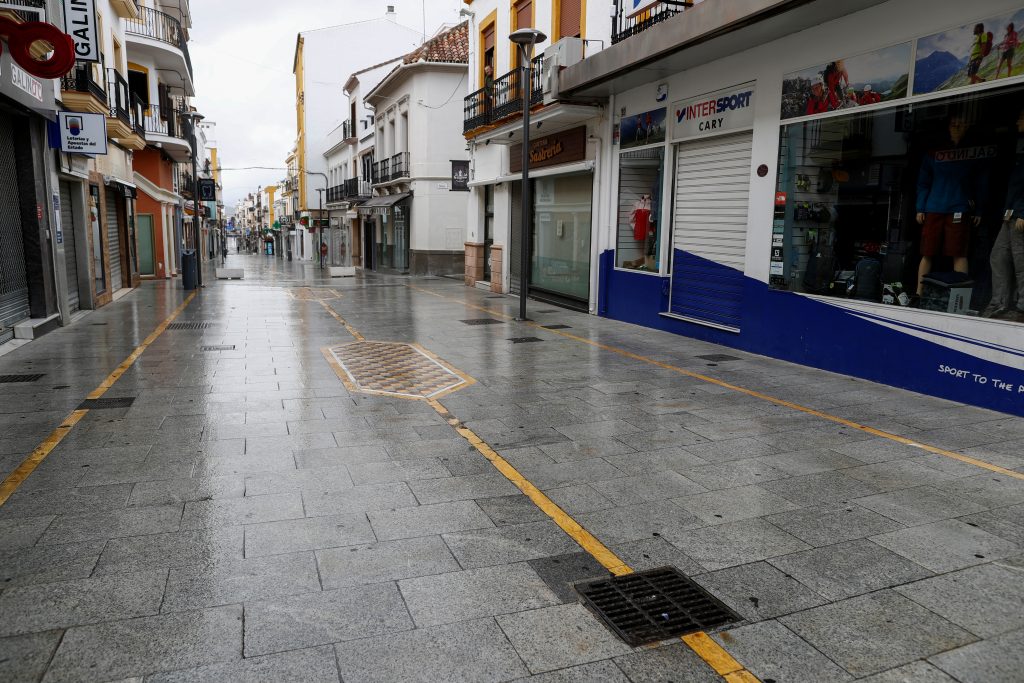 An empty street is pictured in Ronda, Spain, March 22, 2020, during a 15-day state of emergency to combat the coronavirus pandemic. As more and more countries start to feel the economic pinch due to the pandemic, Pope Francis urged business leaders to seek solutions that will not hurt employees and their families. (CNS photo/Jon Nazca, Reuters)

But, he continued: “I do know the hardships that will face the employee, the workers and their families. And there are certain realities appearing, and we are being asked to take care of those realities.”

Commenting on the images of him blessing an empty St. Peter’s Square at the end of his Sunday Angelus address, Pope Francis said that the square has become “a desert.”

Although he does not meet with groups, the pope said he still holds personal meetings “every hour or every half-hour, and I continue to work normally.”

He was also asked if he was an “optimist” when it came to how the world would be after the current crisis is over.

“I don’t like that word because optimism sounds to me like makeup,” something false and superficial, he said. “I have hope in humanity, in men and women, and I have hope in the people. I have a lot of hope (in) the people who will take lessons from this crisis to rethink their lives. We are going to come out better, although there will be fewer of us, of course. Many will remain on the path and it is hard. But I have faith we will come out of this better.”

While all of Italy has been on lockdown since March 9 and Spain followed suit March 14, more and more countries, including the United States, have begun to adopt similar measures in an effort to contain the spread of the COVID-19 virus.

As of March 22, the Italian government reported that 5,476 people had died from the virus. However, the daily death toll experienced a slight decrease, which possibly indicated that lockdown measures were working. 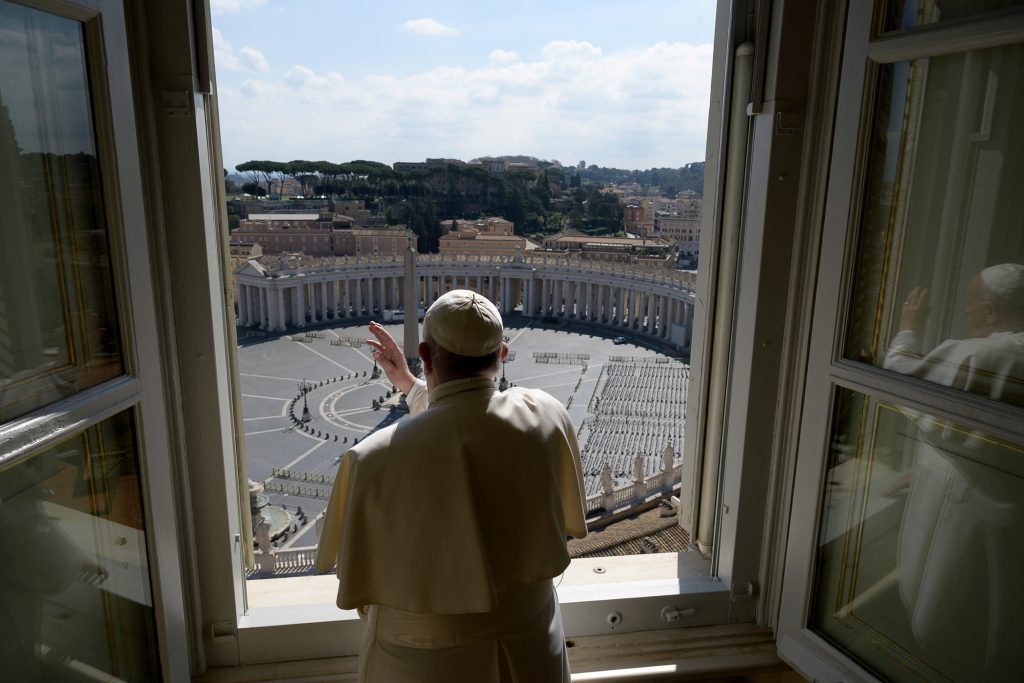 Standing in the window of the library of the Apostolic Palace overlooking an empty St. Peter’s Square, Pope Francis blesses the city of Rome March 15, 2020, still under lockdown to prevent the spread of the coronavirus. (CNS photo/Vatican Media via Reuters)

When asked what he would tell men, women and families who live in fear due to the pandemic, the pope said that “the last thing I would do is tell them something.”

“What I try to do is make them feel that I am close to them. Today, the language of gestures is more important than words. Of course, something should be said, but it is the gesture of sending them a greeting” that is most important, he said.

The current pandemic, Pope Francis added, has also revealed the plight of the less fortunate, which is a tragedy “that is concealed from societies.”

“A couple of days ago, a police officer — with good intentions — told a man, ‘Sir, please go home, you can’t be out here in the street.’ And this man told him, ‘I don’t have a home. I live on the street,'” the pope recalled.

“We must start to be close to those people who we only know as a concept: the homeless, those who are taken advantage, the sad world of exploited women which is all a business. And this brings us close to those people who, in a way, have very little hope because they don’t have anywhere to lean on. It’s very sad but at the same time, we start to realize that these people exist,” he said.