In Psalm 72, King David delights that “every nation on earth will adore you, Lord.” This concept of universal praise from varying cultural backgrounds was on full display at the Diocese of Fort Wayne-South Bend’s Eucharistic Procession and Festival in Warsaw on Sunday, June 19.

Among the thousands of participants and volunteers in attendance was representation from African, Vietnamese, Filipino, Burmese and other cultures. These nationalities were also reflected in the music selection, food booths and different altars at the procession. According to Esther Terry, Director for Hispanic Ministry in the diocese, these were all intentionally incorporated into the event by Bishop Kevin C. Rhoades.

“Part of Bishop’s vision was to show that the Church is universal – every tribe, every nation,” said Terry. “The entire globe is represented right here in the diocese. We want to help lift up the beauty of the Church’s universality.” 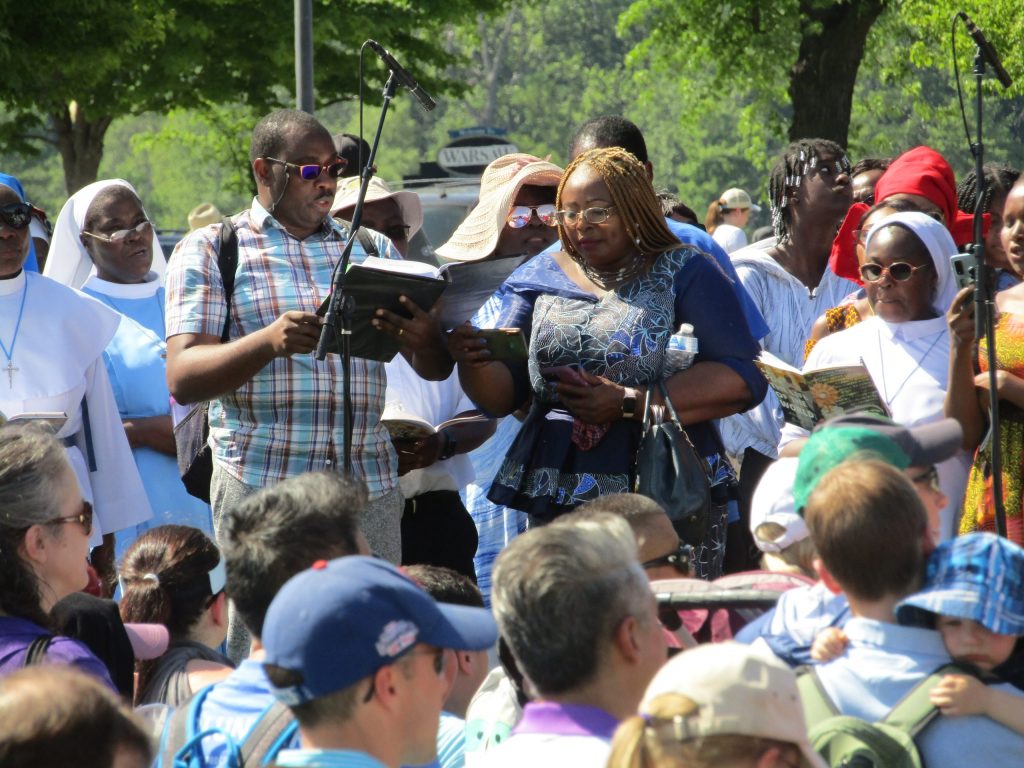 Photos by Eric Peat
Members of the Nigerian Choir and African Community sing in Central Park in Warsaw for a prayer during the Eucharistic Procession on June 19.

This was accomplished with the help of organizations such as Hispanic Ministry. Representing the second-largest cultural group in the diocese, Hispanic Ministry is designed to “strengthen the pastoral care of Catholics with Hispanic roots” and is active in 15 parishes across the diocese. Terry said that many of these parishes – including those in South Bend, Fort Wayne, Goshen, Ligonier and Elkhart – sent volunteer parishioners to work at the Eucharistic Festival. None played a larger role than Our Lady of Guadalupe in Warsaw, the parish hosting the festival. Primarily a Hispanic parish, Our Lady of Guadalupe’s festival committee was instrumental in organizing the diocese-wide event.

“It’s been a joy to work with the committee at Our Lady of Guadalupe,” said Terry. “They’ve been doing a parish festival for the last 15 years, and it’s a pilgrimage site in our diocese – a big festival celebrating Our Lady of Guadalupe. Their experience was so crucial in making this festival possible.”

The event also would not have been possible without a massive cultural conglomeration. Maria Ijomanta, a parishioner at St. Vincent de Paul in Fort Wayne, was born in Nigeria and came to the United States in 1994. She returned to her roots at the festival by helping to make and serve authentic Nigerian food. Ijomanta was quick to express her excitement witnessing so many cultures converging in one place. 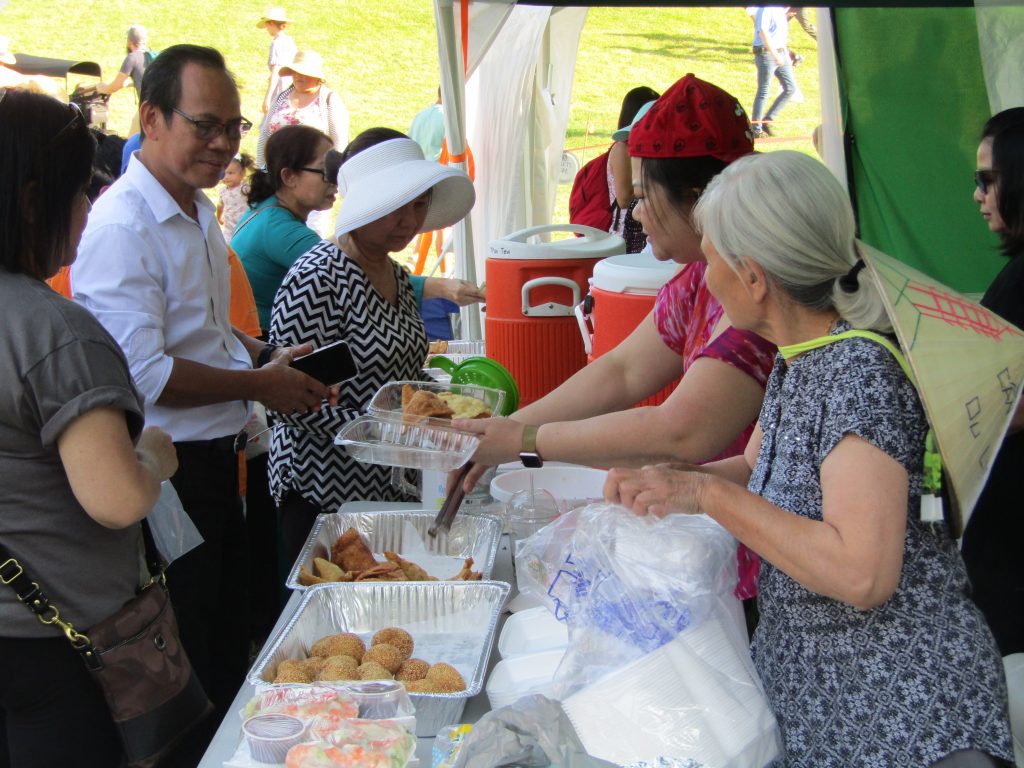 Photos by Eric Peat
Volunteers at the Vietnamese food booth serve meals to attendees of
the Eucharistic Festival at Our Lady of Guadalupe Parish in Warsaw.

“It’s awesome,” said Ijomanta. “It’s the best thing in the world. I wish we could do it more often.”

Kairy Marquez, a worship leader and singer from the Dominican Republic, provided live music during the festival. She offered a bilingual concert for those in attendance, alternating between English and Spanish vocals. Marquez also appreciated seeing such a wide array of cultural backgrounds out in the crowd.

“I saw many faces from many parts of the world, but in all of them, I saw the joy of the Lord,” said Marquez. “There were people who had no idea what I was singing – they just knew that I was singing for the Lord, and they were there just clapping their hands. That was very nice.”

The true beauty of the Catholic Church’s universality is revealed when these cultures not only coexist, but when they collaborate and come together as one. That is when understanding is fostered, growth is nurtured, and admiration is spread. Ijomanta said she has experienced this cross-cultural appreciation before, and she can already see the fruits of it.

“We learn off each other and about each other,” explained Ijomanta. “We learn things we thought we knew but we actually didn’t know. It’s a very rich experience to experience cultures other than yours. There’s that spirit of togetherness, and at the end of the day, we’re all one – and you never know that until you experience it.” 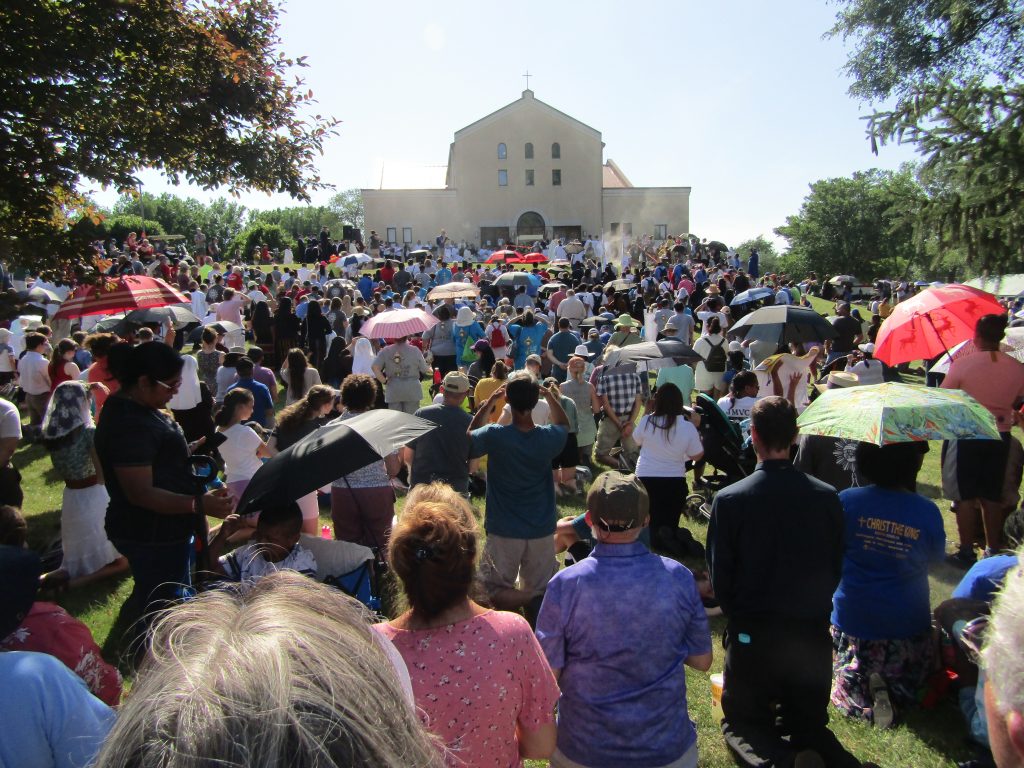 Marquez has felt this same unity in her travels, and she has come to recognize the common thread: regardless of cultural or socioeconomic backgrounds, Jesus as Lord and Savior of all is the unitive factor that binds members of the Church together.

“As a worship leader, I’ve had the opportunity to visit so many different parts of the world,” said Marquez. “I am so honored and proud to be a Catholic because I see the same Lord everywhere – the same prayers in different languages, the same liturgies. Jesus unites us, the sacraments unite us, and that is just beautiful.”