Pro-life advocates across the country wait with bated breath for the Supreme Court to release their decision on the Dobbs vs. Jackson Women’s Health Organization case in June or July. On the other side of the aisle, pro-abortion advocates are scrambling to push abortion legislation through state legislatures as quickly as possible to ensure abortion remains legal, and they are making headway in states such as Maryland and Colorado. Other states such as Texas and Oklahoma as well as Mississippi – who initially brought the issue to the Supreme Court – have made headway in the opposite direction, enacting laws that greatly limit abortion.

What about the State of Indiana? What could the Hoosier state look like in a post-Dobbs world?

Indiana State Senator Liz Brown, pro-life advocate and Catholic legislator from District 15, which encompasses portions of Allen County, spoke with Today’s Catholic about what Indiana could look like if Roe is overturned. “Indiana is in a very good place for how positive and pro-life we are,” Brown stated. 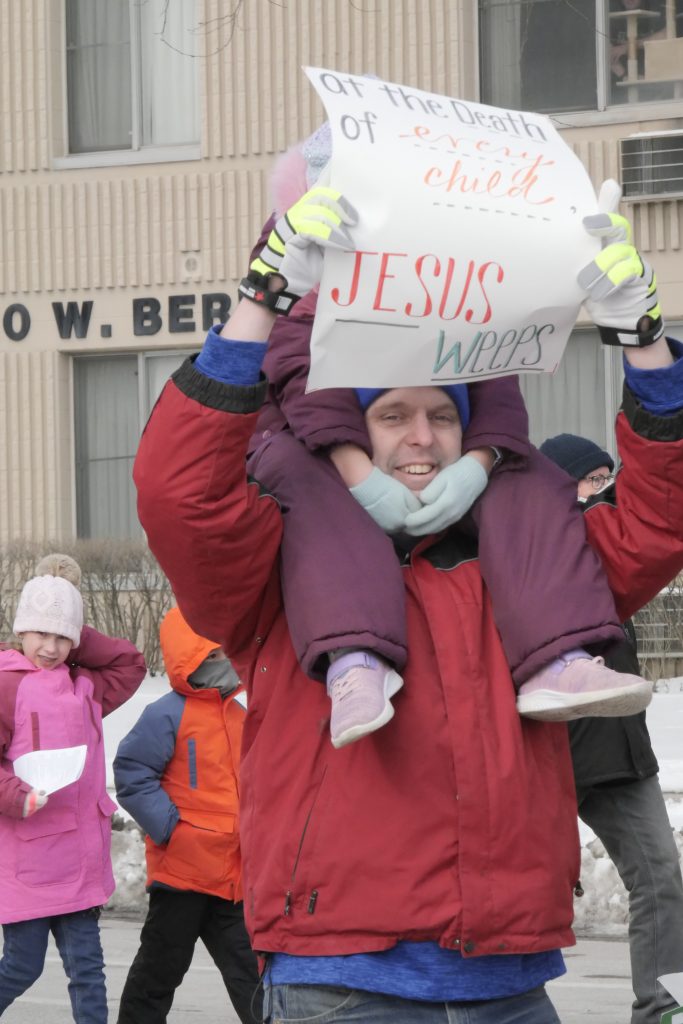 Jennifer Barton
Pro-life advocates attend the March for Life in downtown Fort Wayne in January 2022, hopeful that the Dobbs vs. Jackson Women’s Health Organization case could strike down the old Roe vs. Wade ruling in the U.S., allowing states to enact laws against abortion.

If Roe is overturned, she explained, that would mean abortion decisions would return to the individual states and “Indiana will react well,” possibly even going so far as to ban abortion entirely.

One hundred members of the Indiana General Assembly sent a letter to Governor Eric Holcomb requesting that he call a special session on the topic. “We’re hoping and anticipating that the Dobbs decision will be sometime this summer and we don’t want to wait until January,” when the General Assembly will be in session to enact new legislation around it, Brown said. “We would like to respond to that immediately.”

Brown believes that Holcomb will sign any pro-life legislation that crosses his desk, as that aligns with his record on life issues. She expects at the very least to see a ban on abortion after 15 weeks.

There are some Catholic governors in other states who are not only signing hefty pro-abortion laws, but are urging their states to push laws that would make abortion legal all the way up until birth, rather than encouraging and assisting women in crisis pregnancies. Brown commented, “More often than not, there are outside factors for women seeking abortion,” including pressure from boyfriends and family members and issues like poverty. “We need to marshal all our resources to help these women” instead of encouraging abortion, she said.

“When you do that, when you surround them with love, that choice will always be for life.” 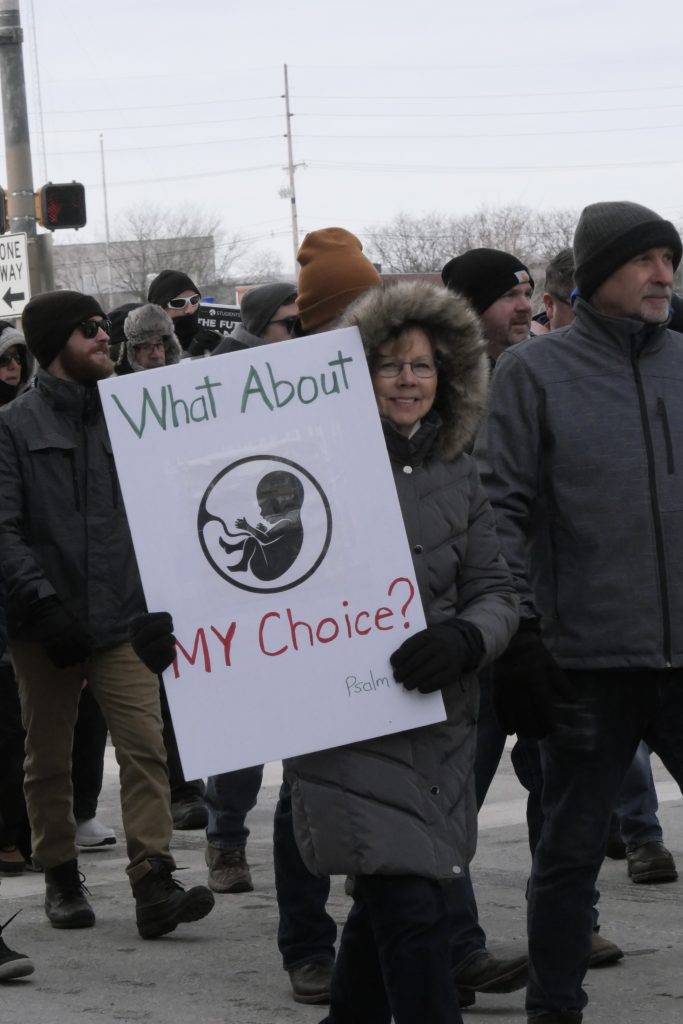 Often, she said, pro-choice advocates will say that those who take a pro-life stance only care about the child before he or she is born, but she disagrees. The heart of the pro-life cause is serving women and providing them with the resources to help them choose to carry their child to term and raise or place that child for adoption.

Some countries are pushing abortion for children who show signs of disabilities in utero. Iceland in particular boasts about its next-to-none rate of people born with Down syndrome – achieved through abortion – as if it is a moral good for society.

“Every life has value, we have to get away from this horrible stigma, this talking point where a child with a disability is a burden,” Brown insisted. Indeed, such a child might need more medical care and more attention than a child without a disability, but she stated, “That child will bring love to that family,” no matter what medical condition they might have.

The evolution of science and medicine have changed the reasoning behind the initial abortion case. “My own personal opinion, these issues around the original Roe decision will continue to come to the Supreme Court.” She thinks that this is not something the court would like to see coming back over and over again.

For a handful of years, the geographical area that encompasses the Diocese of Fort Wayne-South Bend had been abortion-free, but with a clinic that recently opened in South Bend, that is no longer the case.

Even if abortion is restricted or illegalized in the State of Indiana, clinics like Planned Parenthood will simply refer pregnant women to abortion providers in states like Illinois. And sadly, too many women will listen to misguided, unsound advice and seek what they think will be the easy way out.