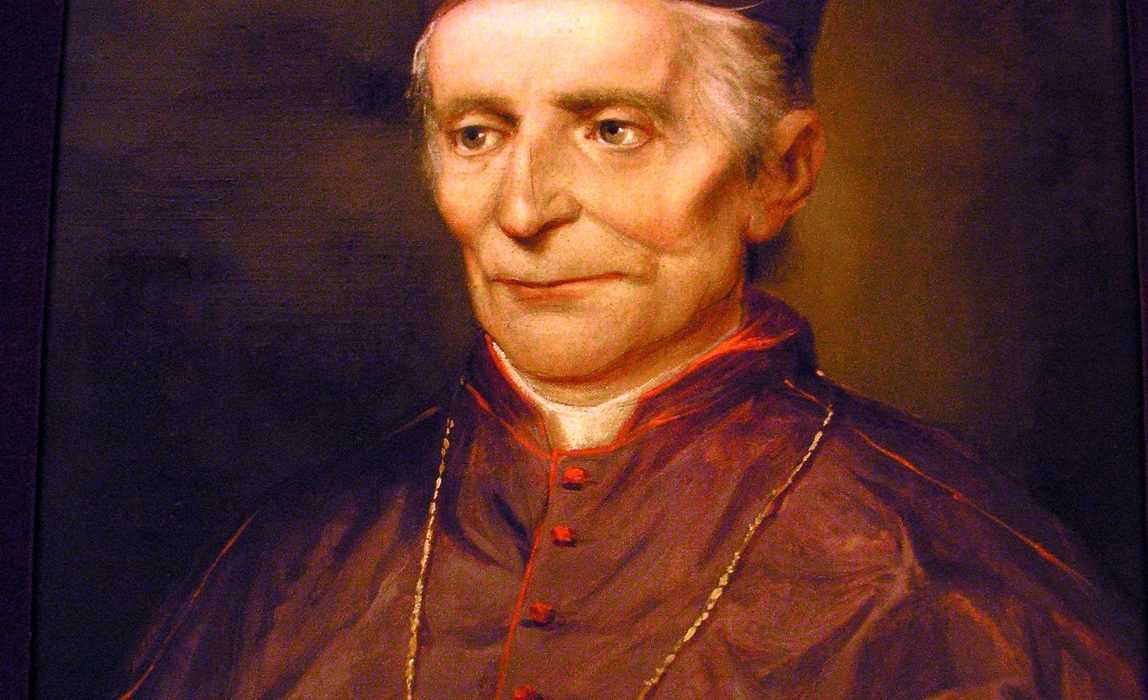 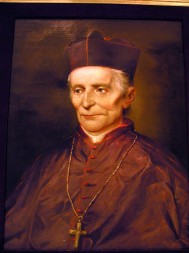 I was a college student at Mount Saint Mary’s College in Emmitsburg from 1975 to 1977. There I discerned the call to the priesthood. I returned to Mount Saint Mary’s in 1995 to serve on the faculty of the seminary, becoming rector in 1997. It was there, in 2004, that I was appointed a bishop by Pope John Paul II.

Three of our priests are graduates of Mount Saint Mary’s Seminary: Father Phil DeVolder, Father Phil Widmann, and Father David Voors. Several of our seminarians are presently students at “the Mount.”

Mount Saint Mary’s was founded in 1808 by French-immigrant priest, Father John Dubois. Father Simon Bruté arrived there in 1812 and became a revered presence at the Mount, not only as a teacher (President John Quincy Adams once called him the most learned man in America), but as a deeply spiritual and holy priest. He became known as “the Angel Guardian of the Mount.” He was the spiritual director and confessor of Mother Elizabeth Ann Seton (the first American-born saint), who had settled in Emmitsburg with her newly founded American branch of the “Daughters of Charity” and founded the first Catholic parochial school in the United States in Emmitsburg.

And now the connection to Indiana and our diocese! The saintly Father Bruté, after 22 years at Mount Saint Mary’s, became the first bishop in Indiana in 1834. It was in that year, that the first diocese was established in Indiana, the Diocese of Vincennes. It encompassed the whole state of Indiana and the eastern portion of Illinois, a territory of 65,000 square miles! Bishop Bruté was appointed the first Bishop of Vincennes, to serve the vast missionary territory of scattered Catholics, mostly French, Native American, Irish and German.

A few weeks ago, on my way to Evansville for the ordination of the new bishop there, Bishop Charles Thompson, I stopped in Vincennes to visit the old cathedral (Saint Francis Xavier) where I had the opportunity to pray in the crypt at the tomb of Bishop Bruté.

Simon Bruté was bishop of Vincennes from 1834 until his death in 1839. There were just seven Catholic churches in the Diocese of Vincennes when Bishop Bruté arrived and only three priests. Within five years, there were 27 churches and a few dozen Mass stations, served by 25 priests. 20 seminarians were studying for the priesthood. Thanks to Bishop Bruté’s incredible missionary spirit, the Church in Indiana saw phenomenal growth in the 1830’s.

In the present territory of our diocese, Bishop Bruté visited the South Bend area in 1835. He celebrated Mass for the Potawatomi Indians at Saint Joseph Mission, some miles north of South Bend in Michigan. While there, he visited Saint Mary of the Lakes, the first bishop to visit the site that would become Notre Dame. He owned the property that had originally been bought by the pioneer missionary priest, Father Stephen Badin. Bishop Bruté wondered what he would do with this property and what religious purpose it would serve in the future. It is recorded that he hoped it would “be occupied by some prosperous institution.”

While in the South Bend area, Bishop Bruté baptized and confirmed several Potawatomi Indians. He was very solicitous for their temporal and spiritual welfare. He had recruited seminarian Benjamin Marie Petit while on a visit to France in 1836. Petit came back to America with Bishop Bruté, completed his studies for the priesthood at Vincennes, was ordained and sent by Bishop Bruté to serve the Potawatomis in the South Bend area. The young Father Petit was beloved by the Indians, became their defender, and even accompanied them on the “Trail of Death” when they were evicted from the area by the federal government. Father Petit became seriously sick on that journey west and died at the age of 29 in 1839.

Bishop Bruté sent his vicar general, Celestin de la Hailandiere, to France in 1839 to recruit more priests and to raise funds for the diocese. Hailandiere made many contacts. He invited Father Basil Moreau to send members of the newly established Congregation of Holy Cross to Vincennes (hence the arrival of Father Sorin, Notre Dame’s founder, in 1842) and also invited Mother Marie Lecor of the Sisters of Providence to send sisters (hence the arrival of Sister St. Theodore Guerin, in 1840). Father Hailandiere succeeded Bishop Bruté as the second bishop of Vincennes.

I don’t think that Bishop Bruté ever was able to visit the Fort Wayne area of the diocese, yet he is the one who recruited a young seminarian while he was visiting France in 1836 to come to serve in the Vincennes diocese. That seminarian was Julian Benoit. He came back to America with Bishop Bruté, spent some time completing his seminary studies, and then was ordained to the priesthood at Mount Saint Mary’s in Emmitsburg in 1837 by Bishop Bruté. Bishop Bruté assigned Father Benoit to serve the Catholics of Fort Wayne and the surrounding region. Father Benoit served in Fort Wayne from 1839 until his death in 1885. He was not only the builder of our Cathedral of the Immaculate Conception, Father Benoit was truly the “father of Catholicism” in Fort Wayne, establishing parishes and schools, serving the faithful with incredible zeal and devotion.

On our diocesan pilgrimage to Emmitsburg, we will visit Mount Saint Mary’s, whence came Indiana’s first bishop, Simon Bruté, and where Father Benoit was ordained. We will visit the Basilica of the National Shrine of Saint Elizabeth Ann Seton in Emmitsburg, where our first American-born saint is entombed. Bishop Bruté had been her spiritual guide! We will visit the two houses where Mother Seton lived and worked, including the first parochial school classroom in the United States.

While at Mount Saint Mary’s, we will visit the first replica of the Grotto of Our Lady of Lourdes in America, on the mountain above the university. I like to tease my friends at Notre Dame that the famous grotto there is not the first in our country, that the first is in Emmitsburg! Actually, the grotto at Mount Saint Mary’s predates the apparitions of the Blessed Virgin Mary to Saint Bernadette at Lourdes. Father Dubois, the founder of Mount Saint Mary’s, had erected a cross at the site and Father Bruté developed the beautiful area by clearing paths, erecting Stations of the Cross, and placing a statue of Our Lady in the grotto (probably the statue of Our Lady, Help of Christians). It became one of Mother Seton’s favorite places to pray. Every Sunday, she would bring the sisters there and they would teach catechism classes to the children of the area. Decades later, in 1875, the grotto was transformed as a result of the apparitions at Lourdes (1858) and became our nation’s first shrine to Our Lady of Lourdes.

Finally, as you may know, our metropolitan, Archbishop Buechlein of Indianapolis, has initiated the beginning stages of the Cause of Beatification and Canonization of Bishop Bruté. Here is a prayer to obtain a favor through the intercession of the Servant of God, Bishop Simon Bruté:
Father in heaven, you give us every blessing and shower us with your grace through our Savior, Jesus Christ, and the working of the Holy Spirit. If it be according to your will, glorify your servant Simon Bruté by granting the favor I now request through his prayerful intercession (Mention your request). I make this prayer confidently through Jesus Christ, our Lord. Amen.