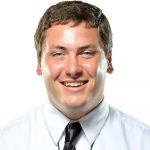 The Strange and Joyful Life

Here we are, in an awkward time of the year. Christmas is over, and now it just seems as though we need to sit tight and wait for Lent to start so that we can begin to turn our eyes toward Easter, the pinnacle of the Church’s year and the life of Christians. Yet, in between these two immensely joyful events in the life of Christ, the Church has inserted this small segment of weeks of ordinary time. While not always referred to as ordinary time in the history of the Church, the pulling out of the green vestments has been what makes up a great portion of the year for Catholics for a very long time. This reality points us to something that is universal to all our vocations: the call to fidelity. To illustrate what I am referring to, I direct your attention to the classic book and movie, “The Wizard of Oz.”

In the story, Dorothy is trying her best to get to the Emerald City of Oz. One might be tempted to think that the city of Oz is green due to greed or its immense wealth, but the reality is that the Emerald City is green because it embodies Dorothy’s hope of getting home. Green, while also representing greed, has also been held to represent hope and fidelity. In order for Dorothy to reach it, she must maintain fidelity to that goal throughout tribulation.

The same is true for the Christian. The green of ordinary time is not meant to represent the newness of creation or of spring, as some are told; rather, it is a constant reminder of the call to fidelity to Christ, who is our only hope. This is why it is important to see ordinary time’s place in the midst of the Liturgical Year and how in between the great high celebrations of Christmas and Easter, the Church is subtly calling us to realize that faith must be lived through the highs and lows, tribulations and joys, and victories and defeats of life. It is not a mere color to represent a sentiment, but a call from Christ and His Church that is in the Catholic’s face repeatedly throughout the year as the priest walks up the aisle.

This call to fidelity is particularly manifest in a vocation or state in life. Christ calls us to be faithful, not successful. In the Great Commissioning, Jesus tells the Apostles to go and baptize all. He did not put a constraint on the success of their mission (go and baptize 3,000 every day …), rather, He called them to fidelity to their mission to preach the Gospel and baptize all that they could, and the Apostles were faithful to that mission to the point of death.

For me as a seminarian, I find this call to fidelity permeates my life, and I see it permeate the lives of the many religious, priests and married people I know. The call of the Christian is not to be successful — for if it was, where would all of us be? The call is to be faithful. I see this best in the community of the seminary, which is made up of all different types of people.

In community one learns intimately the failings and flaws of brothers, because one must live with their effects every day. (For example, every time I walk into the kitchen I am confronted with the reality that someone failed to clean their pan.) If the Lord was calling us to be successful seminarians, surely all of us would fail in some regard. But faithfulness, while not easy, is achievable and is what ultimately matters. When I accidentally stay up much too late because I forgot some homework, and have to carefully rip myself out of my bed to be at Mass and Morning Prayer on time, I grow in fidelity. When the married person wakes up in the middle of the night to care for the crying baby, letting the other spouse sleep, he grows in fidelity. When the priest or religious is emotionally spent at the end of the day but realizes he still has to pray half his Office, and does, that is growth in fidelity. Ultimately, growth in fidelity begets growth in relationship with Christ, our only hope.

So, from now on, I hope you see the particular beauty of the seemingly over-worn green vestments at Mass, and what Christ is calling you to in them. Our goal as Christians is not an Emerald City, in order to escape a bad dream; rather, our green city is the one right in front of you at Mass — the God made Man, Jesus Christ and the heavenly Jerusalem.