CHICAGO — Don’t let common misunderstandings about sisters, brothers, and priests trip you up on your discernment journey. Here is the hard data on what’s really happening in religious life today.

Religious life has often been mysterious to those outside its fold. To get an accurate picture of it, Vision’s publisher, the National Religious Vocation Conference, commissioned a groundbreaking study in 2009 about newer members in U.S. religious orders. It shed light on many realities and destroyed a number of myths. Since that time, the Center for Applied Research in the Apostolate, which conducted the study, has done further research confirming the facts behind the myths listed here.

Myth #1: No one is entering religious life anymore

Today’s numbers are different from the large numbers that entered religious life in the 1950s and ‘60s, although many people have used this period as a point for comparison. Historically, the smaller number of entrants seen today is more normal for religious communities. In recent years more than 200 men and women a year have taken final vows to join dozens of different communities. Even more begin the formal application process, with some 400-500 U.S. men and women each year beginning the entrance process, a period of serious discernment. 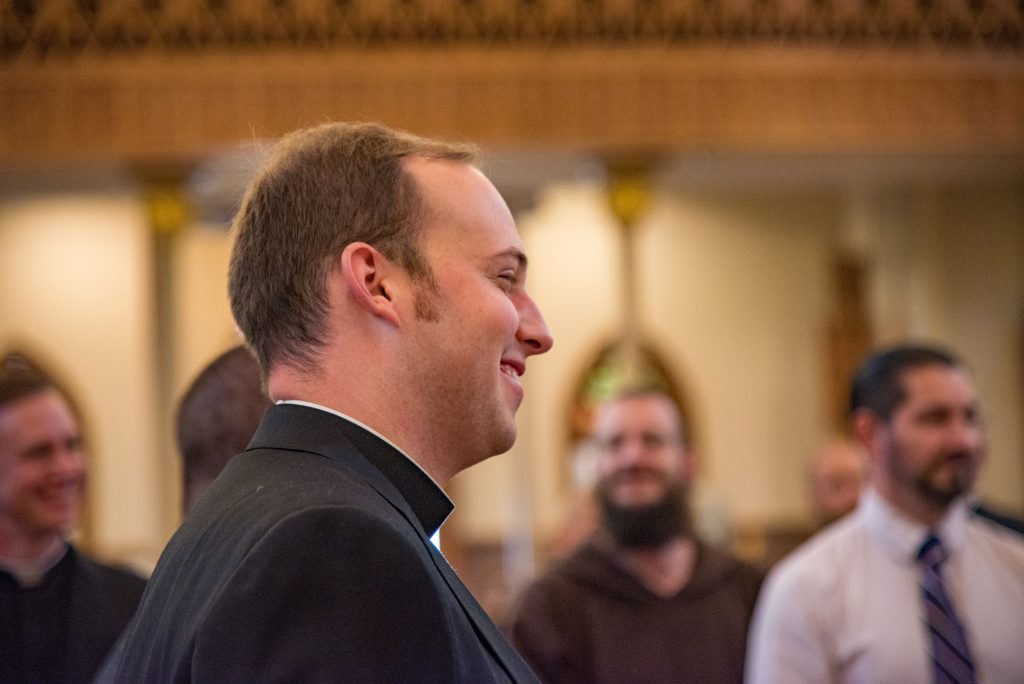 File photo
Spenser St. Louis attends a rehearsal in 2018 for the Mass of ordination at which he would become a priest of the Diocese of Fort Wayne-South Bend.

Myth #2: Most new members are older or second-career candidates

Fact: Religious institutes that have a focused mission, who live in community, who have regular prayer and sacramental life, and who wear a habit show a high proportion of newer members. Not all of those characteristics are restricted to communities typically identified as “traditional.” The 2009 study indicates that men and women are drawn to all types of religious life. In the past several years, new entrants have been spread out among an average of 69 different communities. 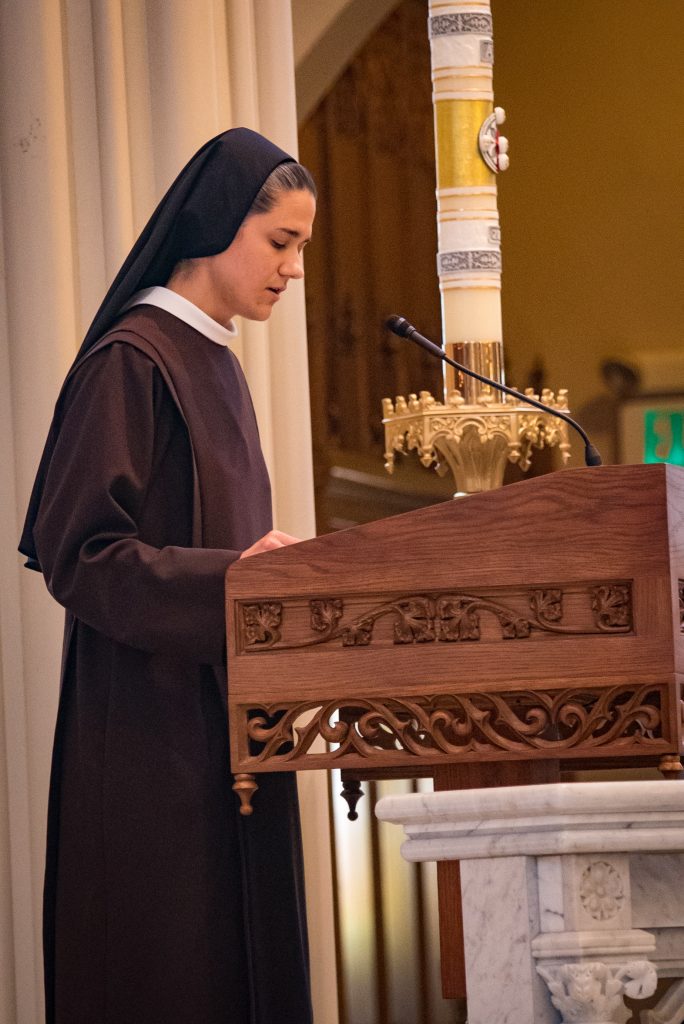 File photo
The Sisters of St. Francis of Perpetual Adoration have lived their charism of adoration and served in education, health care and other ministries in the diocese for nearly 150 years.

Fact: Both men and women seem to be drawn to habited communities according to the 2009 study and subsequent data, although a substantial minority is not interested in the habit. About two thirds of the newer members in 2009 said they belonged to a religious institute that wears a habit. Among those that responded affirmatively, a little more than half indicated that the habit is required in all or most circumstances.

Interestingly almost half of the men who belong to a religious institute that does not wear a habit say they would wear it if it were an option, compared to nearly a quarter of the women respondents.

Fact: New members to religious life report having rich options available to them—in terms of career, education, and personal life choices. In the years since the 2009 study, re- search has confirmed that more than 70 percent of entrants to religious communities have at least a bachelor’s degree before entering, with around one quarter having graduate degrees. Roughly nine out of 10 people taking final vows say that they were employed prior to entering religious life. Most also have ministry experience in a parish or social service setting.

Myth #6: Younger religious are not interested in traditional devotional practices

Myth #7: There are fewer religious communities

Fact: The rise and fall of religious institutes has always been part of the continuum of religious life. Once a need is met, unless a community adapts its founding charism to addressing the changing needs in the church, it is not uncommon for the community to end. Many congregations today that share the same charism have recently consolidated or merged into new religious institutes. One little known fact is that since the end of Vatican II in 1965, approximately 175 new religious communities have been founded

in the United States alone. Some were only short-lived, but others are canonically recognized as religious institutes by the church today.

Fact: This may have been the case previously in the United States, but newer members are definitely changing the face of religious life in this country. As the U.S. church grows more diverse, so too do religious communities. Of those who made their final vows in 2017, 64 percent were white Anglo; the remaining third were 11 percent Latino, 18 percent Asian/Pacific Islander and 6 percent African or African American. 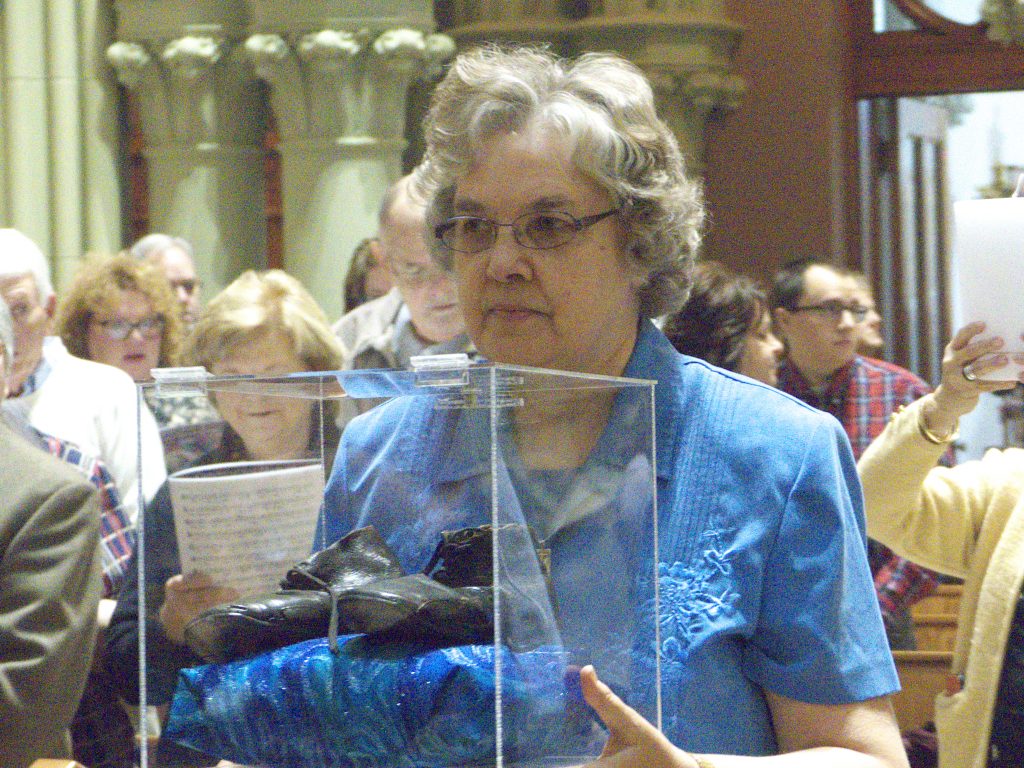 File photo
A member of the Poor Handmaids of Jesus Christ carries the shoes of the founder of the order, St. Mary Katharine Kaspar, during her Mass of beatification in 2018. The order’s motherhouse is in Donaldson.

Fact: Men and women are coming to religious life not just for ministry, but also for common prayer and community living. Respondents to the 2009 study of newer members were much more likely to indicate a preference for living in a large (eight or more) or medium-sized (four to seven) community than living in a small community or alone. Recent research confirms that this desire for communal living and communal prayer continues, especially for younger people.

Myth #11: New members are drawn to the ministries of a community

Fact: Newer members indicate that they are drawn to religious life because of the example of the members, the spirituality, prayer life, community life, and mission of the institute. In fact, multiple studies show that the majority of new members were previously involved in ministry in a parish or other setting. Since newer members were already involved in ministry, clearly they are coming to religious life not just for ministry but for a way of life that is different from what they were living before.